The Deep Bonds of Leather Weekend 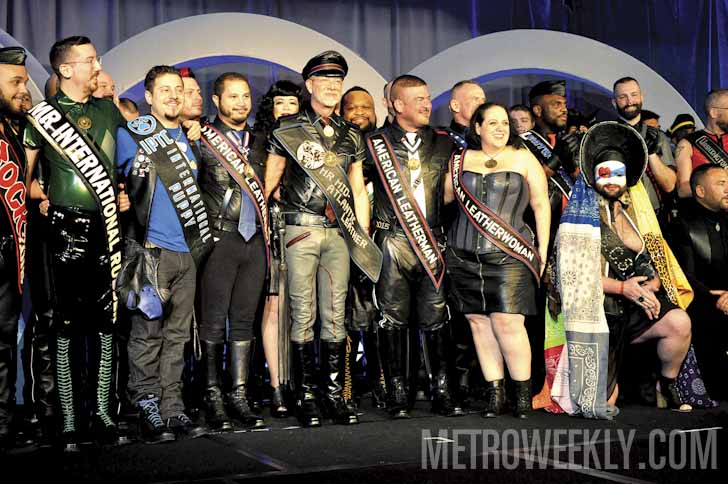 It was a Spice Girls video that first piqued Tyler Davis’ interest in leather.

“I saw their second video,” says the 30-year-old Ohio native, “and really liked the guy in leather. I thought it was incredibly hot.” Indeed, the music video for the group’s 1996 hit “Say You’ll Be There” featured a scantily clad man in leather, who winds up restrained by his hands and legs.

Davis has pursued his interest further than his pre-teen self could have possibly imagined. Last year, he attended his first Mid-Atlantic Leather Weekend in Washington. “It was both amazing and interesting,” he says. “I definitely wasn’t sure what I was getting into, so I just put my best hopes up, and went from there.”

Washington residents mingle with out-of-town visitors, sipping cocktails, showing off their leather or gear and reconnect with old friends. Men in traditional motorcycle garb, sports gear, puppy outfits and even a few furries mill about the hotel lobby and ballrooms, peruse the downstairs leather mart for gear and toys, and wander the hallways of the hotel, looking for the next great party or special event.

The annual convention is also embraced by hotel staff, who don special MAL T-shirts when checking in attendees at the front desk.

“The Hyatt staff really loves having all the MAL people as guests,” says Patrick Grady, chair of Mid-Atlantic Leather Weekend and a member of the Centaur Motorcycle Club, which hosts the weekend’s festivities. 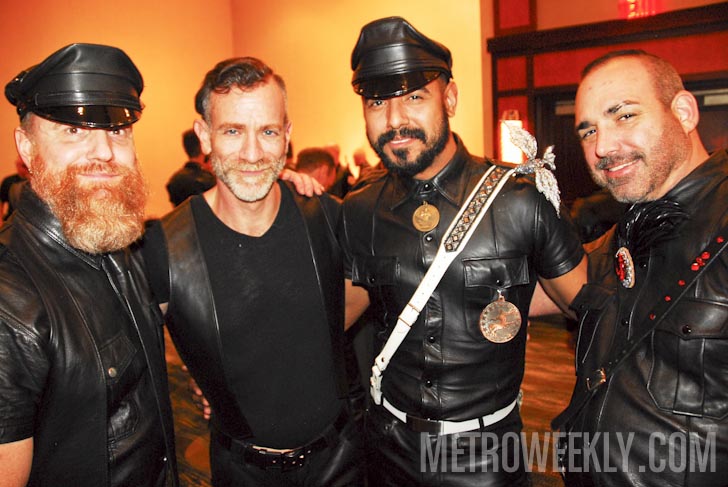 It’s that welcoming atmosphere that made an impression on Davis during his first MAL Weekend.

“[The leather community at MAL] is more of a socializing community,” he says. “When you get something that’s so large, little groups start forming, and it can be hard to break the ice. People are more approachable here.”

“This crowd is more accepting than a lot of other microcosms or slices of the gay community. And we get to dress up in leather, so what’s not to love?“

MAL also offers the opportunity for people not familiar with the scene to test the waters.

“I like the fact that MAL offers a lot of ability for people to be who they want to be, and present themselves in any way they want to, and still feel accepted overall,” says Phil Powell of Arlington, Va. “It’s less cliquey. People here are pretty much open to the idea that this kind of event attracts people of all kinds of ages, races, and body sizes…. You can meet interesting people and enjoy it.” 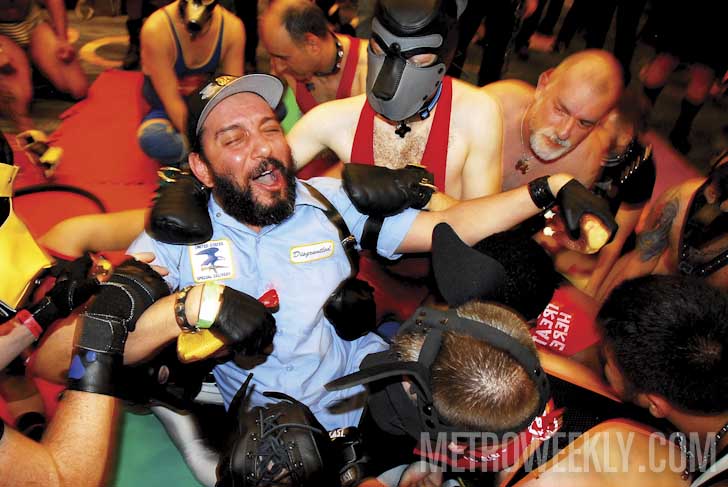 For John Jones of Washington, D.C., and his husband, MAL is the highlight of the year because it’s the site of a family reunion-style meetup.

“We meet up with friends that we only see once a year,” says Jones. “The thing I like the most about MAL is the friendliness of the guys. There’s less attitude. People are more inclined to talk to you if you’re a stranger than they are at other venues.”

“I think the attraction is it’s a very intimate group of people,” says David Gerard, Mr. Mid-Atlantic Leather 2015. “When I first came here last year, all I heard from every single person was that this was their favorite event of the year because of the intimacy…. People here are much more genuine. I have been very much welcomed by everyone here, and it’s been a really great experience.”

“It’s just the energy of the crowd, the camaraderie,” says Marc Coleman, of Philadelphia. “This crowd is more accepting than a lot of other microcosms or slices of the gay community. And we get to dress up in leather, so what’s not to love?”

Coleman feels that the attitude flows from the top-down, with the Centaurs emphasizing the importance of community building and deep personal ties, rather than treating MAL as just a party.

Coleman’s husband, Ron Emrich, adds that the attitude fostered by the Centaurs may have its roots in the rejection of the leather and kinky subcultures by large segments of gay life. So even as the leather community becomes more integrated into the larger LGBT community, there’s a tradition of leather people coming together to tend to one another. 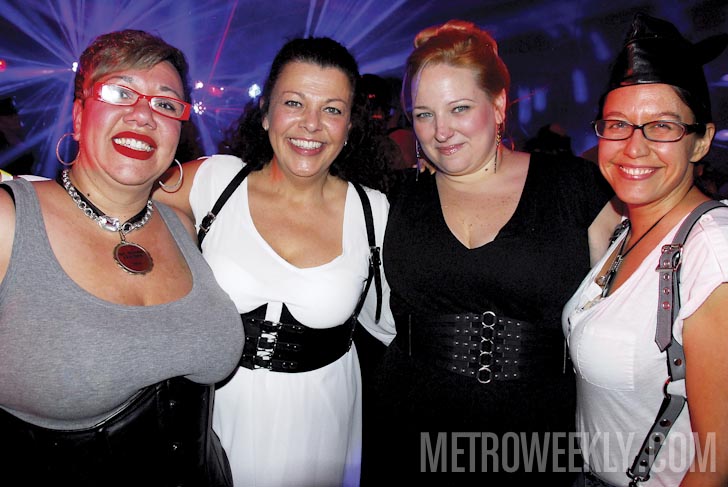 Of course, that doesn’t mean that MAL is all business and no play. In fact, for some, the various hotel parties and the good-natured flirting in the lobby are what bring them to the Hyatt each year.

The weekend’s main event, around which MAL revolves, is the Mr. Mid-Atlantic Leather Contest, where contestants compete for the opportunity to serve as the face of the Centaurs and the larger LGBT, leather and kink communities. Competitors must complete a pre-contest interview with the judges, model bar wear, jockstrap, and formal leather, and answer an on-the-spot question. The winner also earns the chance to compete in International Mr. Leather, held each May in Chicago.

“A lot of people have no idea that there is a competition that is the driving force behind this weekend,” says Gerard, this year’s chief judge. “It’s not just about a circuit party for some people.”

When asked what the Centaurs are looking for in a Mr. MAL, Gerard says that the judges want authenticity. 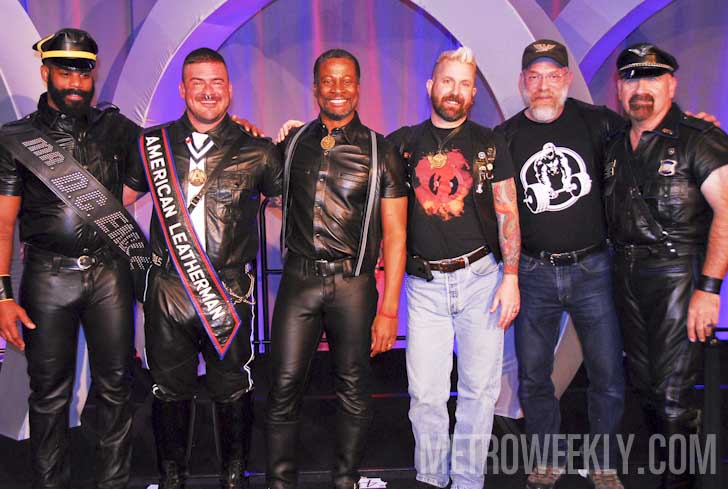 At this year’s contest, comedian and talk show host Steve Harvey was the target of several jokes — his televised faux pas during the Miss Universe 2015 contest still fresh. Longtime emcee Frank Nowicki joked he was thankful there were no contestants from Colombia or the Philippines.

The atmosphere of the contest was lighthearted, with first runner up Tom Matt (Mr. Connecticut Leather 2016) displaying a wealth of knowledge and experience. The 62-year-old came out at age 16 during the Stonewall era, but he scored with particularly quick-witted response during the on-stage interview. Asked to imagine a MAL-related scenario involving The Golden Girls and a pitcher of water, Matt quipped, “A proud Golden Girl would rather drink pee than water.” 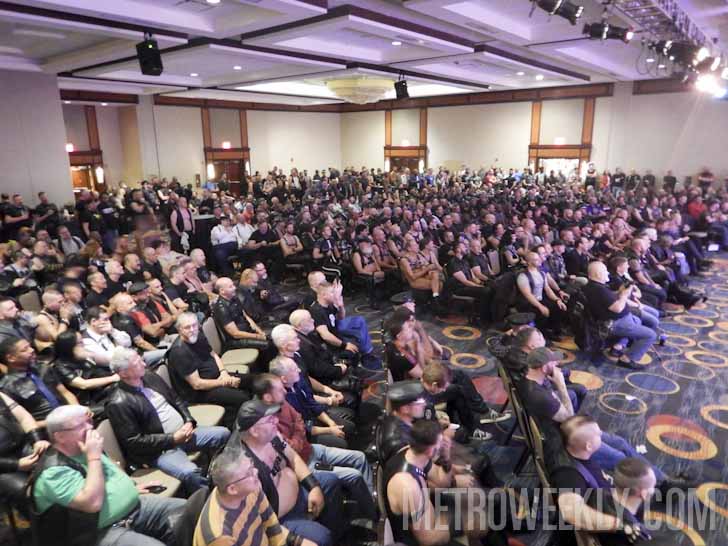 Second runner-up Keith Greene (Mr. Pittsburgh Leather Fetish 2016) earned The Centaur MC’s revived Brotherhood Award as the contestant who best embodied the sense of camaraderie and spirit of the club.

“I’ve been a leatherman for 35 years,” Kitchen says. “I want people to know we exist. We are out there…. I enjoy living this lifestyle. I can’t see myself being any other way. I was born this way. It’s in my DNA and genes.”

“This is one of my absolute favorite events of the year, and my wife and I never miss it,” says Patty, International Ms. Leather 2015. “It’s a combination of the energy that’s present, along with this real family sense. It’s large enough to generate this really great energy, but it’s not so big that you end up feeling lost in the mix…. There is a strong sense of ‘I am my brother’s keeper, I am my sister’s keeper.’ And as queer people, a lot of us understand that there’s our biological family, but that doesn’t always work out so well. And that family of choice, those are the people you can call when the chips are down.” 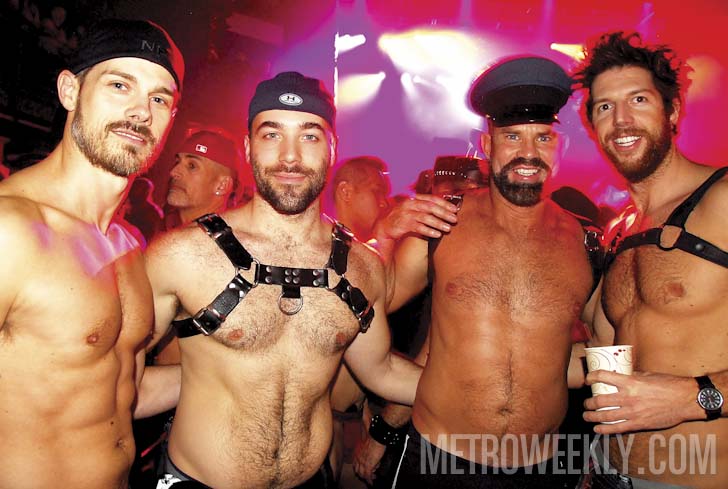 On the last day of the weekend, the Centaurs’ Grady termed MAL a “huge success,” and one that drew more people than ever to the Hyatt. Of course, the event’s increasing popularity presents its own challenges, most notably overcrowding. Better crowd flow among floors of the hotel is something that Grady identifies as something the Centaurs may try to provide next year. “The elevators are a bit of a challenge,” Grady says, referring to long waits everywhere as well as difficulties getting on an elevator from lower room floors.

Still, Grady reports there were “no problems at all” at this year’s event. “The hotel is very happy, the club’s happy, and all of our guests had a good time.”

John Riley is the local news reporter for Metro Weekly. He can be reached at jriley@metroweekly.com
← Previous Story Full Circle: Todd Leavitt returns to leather stardom
Next Story → The Scene at Leather Weekend