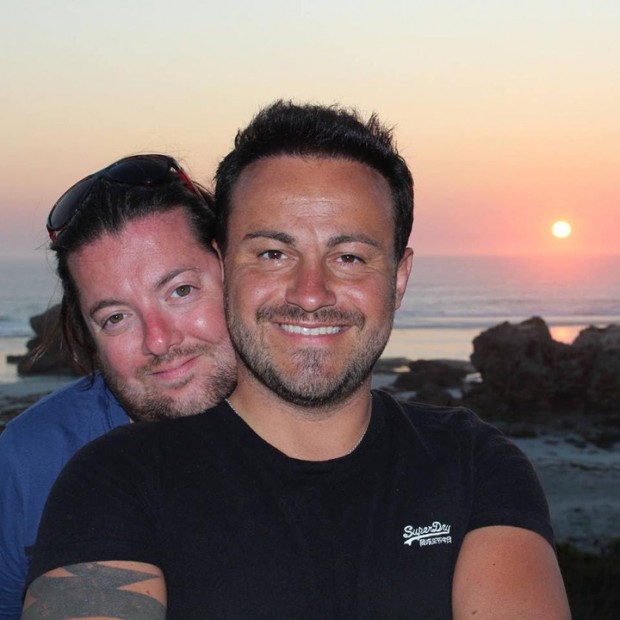 A dream honeymoon quickly became a nightmare after a British man fell to his death in Adelaide, South Australia.

David Bulmer-Rizzi died after falling down a set of stairs while visiting friends with his husband Marco. The couple of five years married in June 2015 in Britain, finally travelling to Australia in December for the honeymoon. However, while Bulmer-Rizzi was coming to terms with the loss of his husband, Australian officials dealt another tragic blow: their marriage wasn’t recognized by the state government. His husband’s death certificate was completed, noting that David was “never married.”

“When the funeral director came, that’s when I was told that because Australia doesn’t recognise same-sex marriage, it [the death certificate] will say ‘never married’,” Bulmer-Rizzi told BuzzFeed News.

Given the lack of legal recognition offered to their marriage, Bulmer-Rizzi was forced to conduct every detail of David’s death via his father, Nigel Bulmer, as Bulmer-Rizzi wasn’t considered next of kin.

“It’s degrading,” Bulmer said. “It demeans my son’s memory and denies their relationship. It’s cast them as second-class citizens. No one should ever have to go through what we’ve gone through. We’re at the bottom and somebody has dug a deeper pit.”

Bulmer-Rizzi contacted the British consulate to protest the treatment he received, but was told that they were powerless to intervene as “legislation differs from state to state and South Australia, Western Australia and the Northern Territories do not recognise overseas same-sex marriage,” an official response said. “I am sorry that this is the case,” the British official added.

After outcry from social media, the South Australian Premier Jay Weatherill has apologized to Bulmer-Rizzi, offering hope that the problem will be fixed in future for other couples. Weatherill also announced plans to introduce legislation to fix the issue with recognizing overseas same-sex marriages. He assured Bulmer-Rizzi that the state would reissue David’s death certificate should the legislation take effect.

Rhuaridh Marr is Metro Weekly's managing editor. He can be reached at rmarr@metroweekly.com.
← Previous Story Qatar bans “The Danish Girl” after complaints of “depravity”
Next Story → European Holdout: Italy could recognize same-sex relationships