Shock to the System

Or, how I learned to stop being idealistic and accept our failed political system 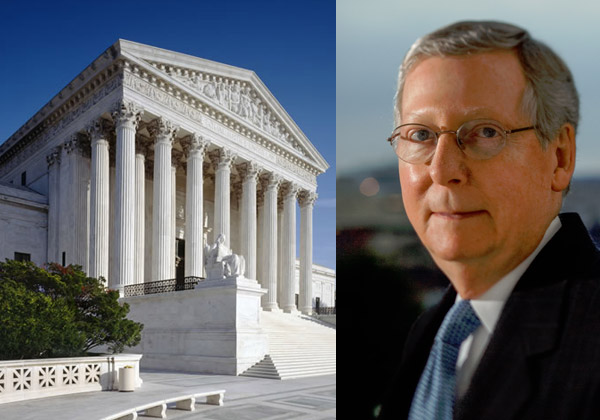 Once upon a time, when I was a younger man who was pissed off about a great many things in the world, I still held onto a few idealistic beliefs about our government. Namely, the basic, common things that are passed along through our education and culture, such as believing that our imperfect system is the best one for an imperfect world.

I’m not saying I was naive. I did happen to live through the age of Jesse Helms and Jerry Falwell, so I know full well that horrible politicians have inflicted pain on those Americans they deemed “less than” or “other” through the political system. Anyone paying even a modicum of attention to American politics since the Civil Rights era — roughly the time when racist southern Democrats bolted for the Republican Party — knows that much of America has been slowly entrenching itself into a never-ending culture war.

Yet the government still worked. Not always the way I liked and often in infuriating ways, but it worked. And politics being an incremental beast, many of the things we’ve fought for over years and decades came to fruition through that frustrating system of compromise and debate.

But that was then. Now that I’m an older man — still pissed off about a great many things in the world — I am officially disabused of any notion or belief in the nobility of our political system. It’s nowhere near the best, it’s simply broken.

Rather obviously, the death of Supreme Court Justice Antonin Scalia and the nearly instantaneous discovery by congressional Republicans of an alternate constitution that limits presidents to three active years, followed by a final year of golf and tending roses, has been something of a final straw.

And we need to be clear about this: this is a Republican problem. There is a certain kind of Beltway political animal — Ronimous Fourniericus — who will declare the crisis an equal failure of both parties. Mainstream journalists, who fear telling simple truths will get them lumped in with partisans at Fox or MSNBC, impose a false equivalence by treating every wild claim about precedent as a matter of political perspective rather than objective and verifiable fact or lie.

There’s really no better word for this than bullshit.

An acquaintance recently accused me of having become a boring mouthpiece for Obama talking points. I had once been much more willing to criticize Democrats and some of their received truths, but now focus almost entirely on the failings of Republicans of the congressional persuasion. But there is a reason I’ve focused my ire almost exclusively on one side: the Republican party is literally breaking our constitutional political system.

The short, well-documented version: From the days just before Barack Obama took office in 2009, the official Republican strategy on Capitol Hill (per Sen. Mitch McConnell, followed by many others) has been to block anything and everything Obama might attempt, then with the intention of denying him a second term and now with the intention of getting any Republican, no matter how terrifying, into the White House.

This is the way the Republican political world works now. No compromise, no debate, just a playground code of taking their ball and going home. And when anyone points to their actual stated plan of “no compromise, no debate,” they turn around and farcically claim that it’s Obama and the Democrats who refuse to compromise. By holding the gears of government hostage, they’ve presented the executive branch with two options. One, simply acquiesce to a four-year term of doing absolutely nothing and allow one branch of government to effectively negate the other. Or, two, stretch the limits of executive power in order to accomplish a bare minimum of the agenda on which Obama was elected.

To be clear, these are both terrible options. The whole reason I supported Obama over Hillary Clinton in 2008 was I believed he would better roll back the gross expansions of executive power under Bush/Cheney. I’m aware of the irony. But the bigger problem isn’t which option Obama chose, but how a Republican congress has attempted to nullify a valid presidential election through obstruction and obfuscation.

Which brings us back to the death of Scalia and the new Republican position that presidents cannot exercise their constitutional duties when they are in the fourth year of their term and, more importantly, a Democrat. The bleating of McConnell, Ted Cruz, Marco Rubio, et al, that the voters should decide who picks the next Supreme Court justice — despite the fact that the current president was elected, twice, by a majority of American voters — just proves the central thesis of today’s Republican politics: elections only count when Republicans win them.

This is, of course, madness. If I were still idealistic I would believe that voters will eventually, even soon, put an end to this, but the gerrymandering of the House and the radically unrepresentative nature of the Senate make that unlikely. Realistically, congressional Republicans have unleashed a tactic that’s proven horribly effective in the short term and it’s unlikely to be shoved back into Pandora’s Box.

The system is broken. And so is my belief that it can be fixed.