One anti-trans measure has been defeated, but three other bills could still pass into law

By John Riley on February 22, 2016 @JohnAndresRiley 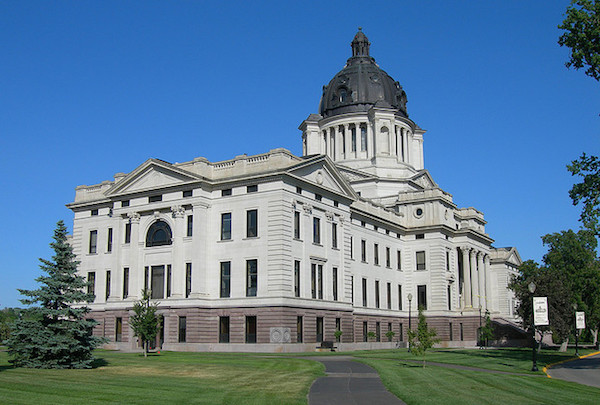 A bill in South Dakota that would have required state and local governments to only accept personal information on a person’s birth certificate as legally valid, regardless of whether the information is inaccurate or out-of-date, failed to gain approval after the House of Representatives voted 61-2 to table it for the remainder of the legislative session.

The bill, as written, would have required any public body of the state or any political subdivision to accept as valid only the information supplied on a person’s birth certificate for purposes such as licensing, school registration, or allowing transgender children to participate in sports in a manner consistent with their gender identity. But the measure’s lead sponsor asked that the bill be tabled, a request to which an overwhelming majority of House members agreed.

LGBT advocates had previously accused proponents of the measure as trying to use the birth certificate — which can be cumbersome to amend in order to reflect one’s gender identity — as a way to effectively prevent transgender people from participating in various aspects of everyday social life. Under current law, South Dakota will issue a new unamended certificate of birth reflecting a person’s correct gender, but only once the person in question has received a court order to change the gender marker on the original certificate.

“In a win for equality, the prime sponsor today tabled HB 1209, legislation that directly targeted the very existence of transgender people,” Heather Smith, the executive director of the ACLU of South Dakota, said in a statement. “This bill would have had widespread consequences, creating obstacles for any South Dakotan seeking legal name changes through marriage, adoption, or other routes who had not yet gone through the process of changing their birth certificate. The decision to table this legislation sends a message to the transgender community that every single one of us has a place in South Dakota. It’s an encouraging sign and we hope that this is an indication from lawmakers that they’re starting to recognize that transgender South Dakotans deserve respect — just like everybody else.”

The tabling of the birth certificate measure comes just as South Dakota Gov. Dennis Daugaard must weigh whether to sign or veto a first-of-its kind law that would prohibit transgender children from being able to use the restroom or locker room consistent with their gender identity. Opponents of that other bill argue that it, if signed into law, could jeopardize South Dakota’s receipt of federal education dollars, as it would contradict a ruling by the U.S. Department of Education finding that anti-transgender discrimination constitutes sex discrimination under the department’s interpretation of Title IX.

Similar “bathroom bills” proposed in other states were defeated in committee in Virginia and temporarily halted after failing to receive a full vote prior to the adjournment of the legislative session in Wisconsin. (The Wisconsin legislature is next scheduled to meet from Mar. 8-17.)

South Dakota legislators are also facing two other anti-LGBT measures: one that would explicitly limit transgender schoolchildren to participating in school-sponsored sports or club activities on the basis of their biological sex at birth, and another that would provide special legal protections for those who wish to discriminate or openly attack LGBT individuals, same-sex couples, single mothers and those who do not conform to an individual’s personal belief that sexual relations should only be confined to marriage, defined as the union of one man and one woman.