Endorsement is only the second of the 2016 election cycle, following Hillary Clinton 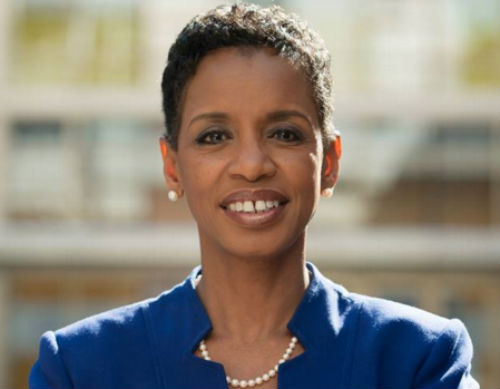 A lesbian political action committee is jumping into the U.S. Senate race in Maryland to back U.S. Rep. Donna Edwards (D) as the rightful successor to the retiring Sen. Barbara Mikulski (D).

LPAC, the country’s first — and, thus far, only — lesbian PAC has decided to back Edwards, a rising star in the party and a favorite of progressives, over her congressional colleague, Rep. Chris Van Hollen (D), who is considered the favorite of the establishment wing of the Democratic Party. LPAC said in a statement released Friday that it was backing Edwards because of her “steadfast commitment” to issues of importance to the PAC.

“Donna Edwards is an outspoken champion and advocate for LGBTQ women and the issues we care about,” Beth Shipp, LPAC’s executive director, said in a statement. “From LGBT rights to women’s equality to social justice, Donna has been on the front lines of all the important battles we’ve fought and she has stood shoulder to shoulder with us every step of the way. LPAC is incredibly proud to support her and we look froward to having her voice in the U.S. Senate next year.”

LPAC’s endorsement of Edwards marks the second political endorsement of the 2016 electoral cycle, behind the PAC’s announced support of Hillary Clinton for president last year. Edwards is no stranger to the organization, having earned its endorsement in 2012 and 2014, and speaking at the group’s political summit in Washington in 2013. LPAC is expected to announce additional endorsements in the coming months.

Edwards said she was “thrilled” to receive the PAC’s endorsement for her efforts on behalf of equality.

“Even after the landmark ruling of Obergefell v. Hodges, there is more work to do,” the congresswoman said in a statement. “I will proudly bring the voices of the LGBTQ community to the table in the United States Senate as we further our fight for critical legislation such as the Equality Act and for complete gender, sexual and reproductive justice.”

Sen. Barbara Mikulski will not run for a sixth term

Should she emerge victorious in the primary, Edwards will face off against one of 13 Republicans running for the seat. That field includes House of Delegates Minority Whip Kathy Szeliga (Baltimore Co.); Richard Douglas, a former Pentagon official and lawyer; Richard Shawver, who previously ran for the seat as the Constitution Party’s candidate in 2010; and Chrys Kefalas, a former aide to Gov. Bob Ehrlich (R) and lawyer who, if elected would become the first openly gay Republican in the U.S. Senate.