“The Jungle Book” review: Threatens to best the animated original 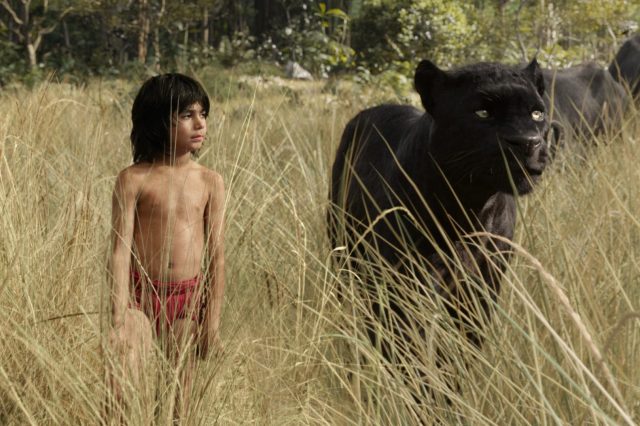 When Disney first began to remake its animated classics as live action films, the world collectively balked. Alice in Wonderland was visually dazzling, but couldn’t match the charm of the original. Maleficent gave us a stunningly portrayed reimagining of Sleeping Beauty’s antagonist, but whenever star Angelina Jolie wasn’t on screen it floundered. Cinderella was a perfectly fine piece of cinema, but offered little to warrant choosing it over the superior animated film. In each instance, opting for the animated version is an easy choice, and it seemed certain that the same would apply to The Jungle Book. After all, how could Disney and director Jon Favreau top that 1967 wonder?

As it transpires, by pulling off one of the most technically and visually dazzling pieces of cinema in recent memory, with a voice cast stronger than many animated films and a rich emotion that defies its CGI-heavy artistry. Disney has finally justified its live-action fetish beyond being the easiest of cash cows. The Jungle Book (

) offers viewers a reason to maybe, possibly opt not to default to the animated original — and that’s a pretty stunning achievement in its own right.

Undoubtedly, it’s in the visual stakes that Jungle Book finds its biggest successes. To call it live action is something of a misnomer, if only because Neel Sethi as Mowgli, the boy raised by wolves in the jungle, is the only living thing you’ll see on screen for 99% of the film’s runtime. Everything else: the trees, the sunlight, the water and the plethora of animals that fill each frame has been digitally recreated. Aside from small sets and props to guide Sethi through his blue-screen world, everything has been produced by a series of ones and zeros. That it looks so convincingly life-like is a testament to just how far we’ve come with CGI.

Starting with the animals, there are seventy species represented in the film. Each moves, breathes, fights, and yes, speaks, in the most natural of ways. Only occasionally — such as giant tiger Shere Khan leaping from a rock and landing with an odd lack of weight — does it betray that these beasts are little more than code, as their movements, the fur covering their bodies, the muscles working beneath the surface, even the expressions on their faces are conveyed with an incredible dedication to naturalism. When a wolf can look convincingly sad, enough to draw emotion without making the viewer think about the fact that said wolf isn’t real, we’ve reached a tipping point. 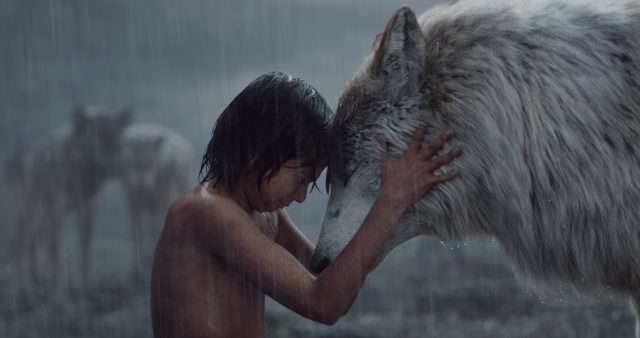 It’s aided by an excellent voice cast. As Mowgli’s adoptive wolf mother Raksha, Lupita Nyong’o manages to offer depth and warmth. Ben Kingsley is commanding and world-weary as black panther Bagheera, Mowgli’s protector, who found him as a baby and brought him to the wolves for safety. Bill Murray tackles big, unflustered bear Baloo — perhaps the animated film’s most iconic character — with aplomb. Indeed, he threatens to outshine the rest of the cast if only because he’s given the most room to have fun with his character. Idris Elba is menacing, often frightening, as Shere Khan, the tiger hell-bent on tearing Mowgli to shreds for being a human in his jungle. Because Favreau and co. have worked so hard on combining the actors’ performances with an effort to convey emotion through each creature’s eyes and facial expressions, there’s a connection that’s been sorely missing from many other CGI-heavy experiences, or anthropomorphic films where the focus is on the animal’s mouth alone.

It’s that emotive streak that best separates this bold, live version from its animated forebear. Be it humor, fear, love, loss or anger, there’s an intensity to The Jungle Book that’s lacking from Disney’s original — which was predominantly and deliberately focused on humor above all else. This version tracks much closer to the darker, more adult tones of Rudyard Kipling’s novel, and it’s all the better for it. Death is handled in classic Disney fashion, with Lion King-esque off-screen murders and then limp bodies visible to hammer home the message. But Shere Khan is far deadlier and scarier than the slightly incompetent killer of the animated film. His brutal rule as top of the food chain is reinforced at every opportunity — and that said fear is so convincingly portrayed in the other animals’ eyes helps no end. 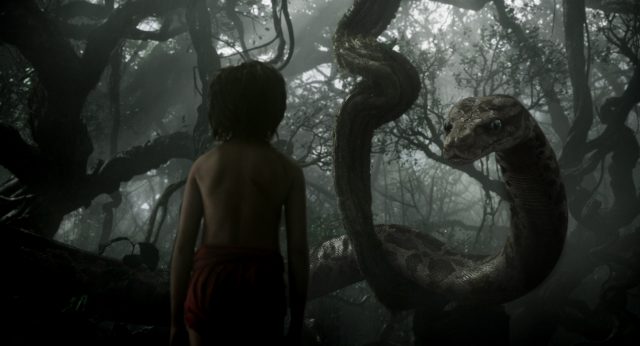 Special mention must also go to Scarlett Johansson’s performance as Kaa, the giant python who ensnares Mowgli. Johansson’s sensual, rich voice is a perfect match for this slower, deadlier, even more hypnotic iteration of the snake. It’s a scene sure to terrify any ophidiophobia sufferers in the audience, as Kaa reveals Mowgli’s past to him while she wraps tight around his fragile body. Also noteworthy is newcomer Neel Sethi, who admirably conquers Favreau’s digital world as Mowgli, convincingly playing against nonexistent animals and offering some solid acting — his eyes, like those of his computerized cohorts, are rich with emotion.

Less convincing is King Louie, the orangutan leader of the apes. A character created entirely for the 1967 film, Justin Marks chose to keep him in his screenplay as fan service. While Louie, voiced by Christopher Walken, serves as a fitting plot device — he reveals to Mowgli a truth about the wolf pack that Baloo and Bagheera have kept hidden as they try to smuggle him to a human settlement — the sequence contains the film’s one major misstep. While an earlier scene of Mowgli and Baloo singing “Bear Necessities” worked in context — and offered an excellent throwback — less necessary, and less successful, is the usage of King Louie’s “I Wan’na Be like You” from the original animated tale. It feels horrendously out of place. Walken’s voice is perfect for Louie, who wants Mowgli to produce fire for him so he can rule the jungle, but the musical number drags viewers out of the tension of the moment. Having Walken speak the lines would have been a darker, more suspenseful moment, and more in keeping with the film’s tone. 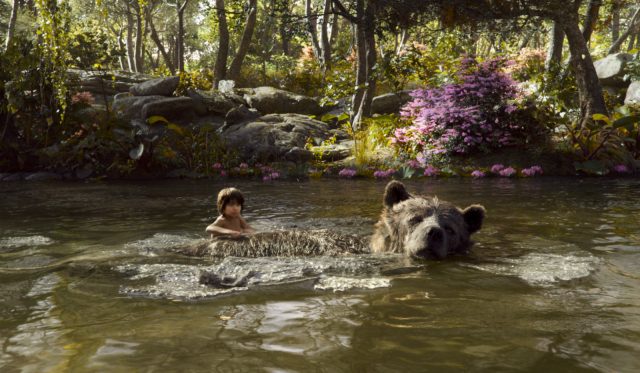 Such inconsistencies will be lost on most viewers as they get fully absorbed in The Jungle Book. Favreau’s direction is commendable, with an excellent sense of both scale and action — something honed on Iron Man — while the digital worlds his team have created are little short of breathtaking. Jungle Book is also one of the greatest reasons to shell out extra for a pair of 3D glasses. While the format mutes the vibrant colors and rich lighting, the depth and immersion offered, and restraint from employing cheap trickery, results in a film that transports viewers to another world in a way not experienced since Avatar redefined 3D in 2009. It’s all complemented by a score from John Debney which uses cues from several songs in the animated film to underscore the action on screen.

Ultimately, The Jungle Book succeeds because it dares to be more than a simple remake. It takes a beloved animated classic and turns it into a 105-minute exploration of self-discovery, family, friendship and loss. It’s a testament not only to the resonating themes of Kipling’s original work, Disney’s animated film, and Marks’ updated screenplay, but also to the sheer technical wizardry of the effects employed to pull it all off. Once home, watch a behind-the-scenes snippet of Favreau and his team bringing its lush world to life and you’ll be wowed all over again. For some, the animated film will always be superior, but The Jungle Book — at least on a technical level — is an astonishing achievement in its own right.