By John Riley on April 8, 2016 @JohnAndresRiley 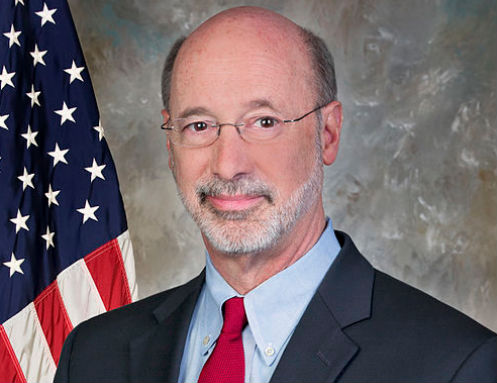 As the adage goes: “If the mountain will not come to Muhammad, then Muhammad must go to the mountain.” In the case of Pennsylvania, since the General Assembly refused to pass protections for LGBT people, the Keystone State’s governor will step in and do so via executive order.

On Thursday, Gov. Tom Wolf (D) signed two executive orders intended to protect the LGBT community — or at least part of it, to be exact — from discrimination in employment and government contracting based on sexual orientation, gender identity and gender expression. In announcing the executive orders, Wolf specifically cited the Republican-controlled General Assembly’s refusal to hear or vote on the Pennsylvania Fairness Act, a much broader bill that would provide protections for the LGBT community in the areas of employment, housing and public accommodations. Both House and Senate versions of the bill have been bottled up in committee since last September, with Republican leadership unwilling to bring the measures up for consideration, despite bipartisan support for them.

“With no sign that Republican leaders plan to free this bill that has broad, bipartisan support, I am taking action to protect those that I can and send a signal to the country that Pennsylvania is open for business no matter who you are or whom you love,” Wolf said in a statement as he signed the orders into law. “What happened in North Carolina, and what is going on in other states, should be a call to pass non-discrimination legislation in Pennsylvania now.

“We must show that Pennsylvania is the place that William Penn envisioned when he founded our commonwealth on the principle that it is open, diverse, and inclusive for all people,” Wolf added. “I call on the General Assembly to swiftly put legislation on my desk that ensures that people throughout the commonwealth — regardless of sexual orientation, gender expression or identity — are treated equally under Pennsylvania law.”

Wolf’s first order prohibits any state government agency under the governor’s jurisdiction from discriminating against employees or job applicants on the basis of a list of protected traits, including “sexual orientation, gender expression or identity,” as well as race, religion, union membership, age, gender, HIV/AIDS status or disability. The second order will require all businesses and agencies that contract with the government not to discriminate based on a person’s sexual orientation and gender identity or expression in subcontracting, hiring, promoting and other labor matters.

The statewide LGBT rights group Equality Pennsylvania praised Wolf for his action, even as it called for the General Assembly to take further action.

“I and everyone at Equality at Equality Pennsylvania would like to thank Gov. Wolf for continuing to recognize the need for and advocate for nondiscrimination protections for LGBT people in Pennsylvania,” Ted Martin, the group’s executive director, said in a statement. “Though these are important steps in banning some discrimination in the workplace, LGBT Pennsylvanians still face discrimination in private industry, in housing and business services. These executive orders underscore the need for comprehensive nondiscrimination legislation, and we encourage the Legislature to act on the Fairness Act and put it onto the Governor’s Desk for his signature.”

“As a Philadelphia-based LGBT Business Enterprise with nearly $2 million in annual revenue and 20 employees, it is vital for us to be able to attract and retain talented and diverse team members,” said Marc Coleman, president of the Philadelphia-based Tactile Group. “Today’s announcement is especially timely as legislators in both North Carolina and Mississippi attempt to roll back the equality clock with their latest batch of discriminatory laws. It’s encouraging to live in a state whose leadership is empathetic to the challenges of the LGBT business community, sees the value of diversity, and understands the need for inclusion.”

John Riley is the local news reporter for Metro Weekly. He can be reached at jriley@metroweekly.com
← Previous Story University of North Carolina will abide by anti-gay law’s provisions
Next Story → Tennessee AG expresses concern over resurrected bathroom bill