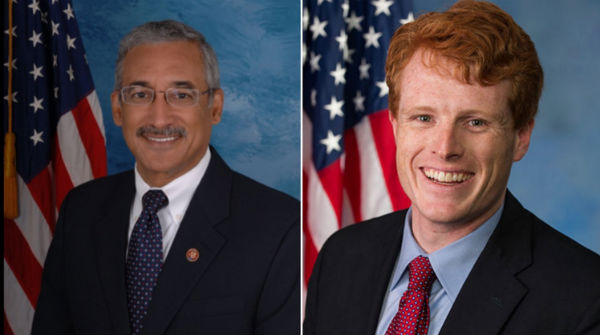 Two members of Congress have introduced legislation to amend the federal Religious Freedom Restoration Act (RFRA) of 1993 to ensure that the statute cannot be broadly interpreted or used to condone discrimination against the LGBT community under the guise of religious freedom.

On Wednesday, U.S. Reps. Joe Kennedy III (D-Mass.) and Bobby Scott (D-Va.) introduced the “Do No Harm Act,” which would clarify that no one can seek religious exemption from laws guaranteeing fundamental civil and legal rights. The bill would limit people from attempting to use an overly broad reading of the federal RFRA statute in cases involving discrimination, child labor and abuse, wages and collective bargaining, access to health care coverage, public accommodations, and social services provided through government contract.

The two congressman argue that the language of the original statute has been twisted and warped by people and organizations with an agenda to justify discriminatory actions. Some conservative politicians are pushing the “First Amendment Defense Act” (FADA), which would go beyond the current RFRA statute to carve out even more exemptions for people based on their personal beliefs.

“The right of Americans to freely and fully express our faith is sacred in this country,” Kennedy said in a statement. “But in order to guarantee that liberty for every citizen, our system must ensure that my religious freedom does not infringe on yours or do you harm. While not its original intent, the Religious Freedom Restoration Act has become a vehicle for those seeking to impose their beliefs on others or claim that the tenants of their faith justify discrimination. The Do No Harm Act will restore the balance between our right to religious freedom and our promise of equal protection under the law.”

“When Congress passed RFRA in 1993, the goal was to protect religious freedom for minority groups by requiring the government to demonstrate a compelling interest and to use a policy that was the least restrictive means,” said Scott, who was a member of the House in 1993, when the original RFRA was passed via a voice vote.

“Since then, the law has been misconstrued as allowing the sincerely-held religious beliefs of one person to trump the civil rights of others,” he added. “Civil rights are a compelling government interest, and we cannot allow so-called ‘religious freedom,’ ‘religious liberty’ or ‘faith-based initiatives’ to invalidate the very laws designed to correct the generations of injustices inflicted on minorities. The Do No Harm Act restores the original intent of RFRA.”

The bill has already gotten a significant amount of support from civil liberties groups, civil rights organizations, LGBT organizations, women’s rights organizations and fellow congressional colleagues. Hilary Shelton, the director of the NAACP Washington Bureau, said his organization was supporting the proposed bill, echoing claims that states have interpreted RFRA to suit their own purposes.

“Religious freedom gives us the right to our beliefs, but not to harm others,” said Louise Melling, the deputy legal director of the American Civil Liberties Union, which expressed its full-throated support for the legislation. The Do No Harm Act would place much needed limitations on RFRA, so that it can be used as a shield for religious exercise but no longer as a sword. With the Do No Harm Act, RFRA could no longer be invoked to justify discrimination, denial of health care, or other harms.”

John Riley is the local news reporter for Metro Weekly. He can be reached at jriley@metroweekly.com
← Previous Story Eric Fanning is first openly gay man to be confirmed Army Secretary
Next Story → Anti-LGBT provision gets added to annual defense bill