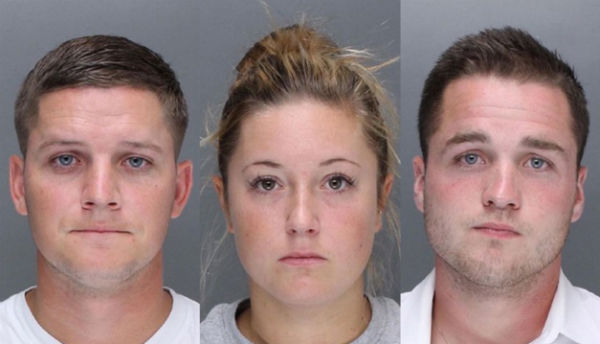 The Philadelphia couple at the center of a much-publicized gay bashing in 2014 have filed a civil lawsuit against the three people who attacked them.

Andrew Haught and Zachary Hesse filed the suit in Philadelphia Common Pleas Court earlier this week against Kathryn Knott, Philip Williams and Kevin Harrigan, reports The Philadelphia Inquirer. The lawsuit claims that Knott, Harrigan and Williams intentionally attempted or threatened to inflict injury on Hesse and Haught, and that the three assailants made the victims fear for their safety.

The couple are seeking compensation for medical expenses, but are also claiming to suffer from pain and mental anguish stemming from the attack. Haught was hospitalized for five days with facial fractures, which led to him having his jaw wired shut for eight weeks. Hesse suffered cuts and bruises to his body and face, which was left permanently scarred.

The civil lawsuit largely relies on facts revealed during the course of Knott’s trial. Both Hesse and Haught were out in Center City on Sept. 11, 2014, when they ran across a group of about 15 people from the suburbs, which included the three attackers.

The group taunted the men for being gay, and an altercation followed, with Harrigan uttering an anti-gay slur and punching Hesse. Hesse was surrounded, with his arms restrained, when people, including Knott, punched him and yelled anti-gay slurs. Meanwhile, Williams attacked Haught and knocked him to the ground, leaving him bleeding. No one in the group attempted to call medical help for the men.

After members of the group were later identified via social media, the three defendants were arrested and charged in the attack. Williams and Harrigan eventually pleaded guilty and were sentenced to five and three years’ probation, respectively, having to perform community service for an LGBT organization, and being banned from Center City for the duration of their probation.

Knott, who took her case to trial, was found guilty and sentenced to five to ten months in prison, which she is currently serving.