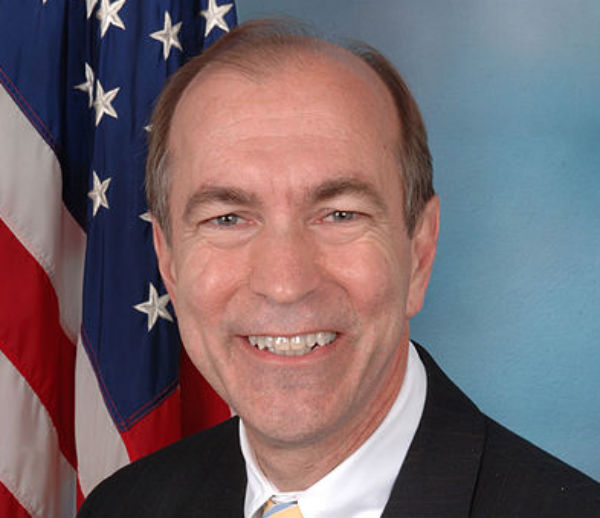 Democrats hoping to pick up a U.S. House seat are resorting to a variety of antics, including a Fourth of July stunt at the Jersey Shore targeting U.S. Rep. Scott Garrett (R). While crowds of people attempt to enjoy the sun, sand and the waves, they’ll also be confronted with an airplane flying a banner knocking Garrett for his anti-gay stances.

The airplane and banner are being commissioned by the Democratic organization House Majority PAC, which aims to return control of the House of Representatives back to the Democratic Party, reports The Huffington Post. The banner will read: “Scott Garrett: Anti-Gay Bigotry Won’t Fly” and direct people to the group’s anti-Garrett website. The plane will fly between Belmar and Sandy Hook on Sunday, July 3 and Monday, July 4.

Garrett, a seven-term congressman from Northern New Jersey, has often stood out from his New Jersey colleagues — including most of his fellow New Jersey Republicans — for his anti-LGBT views. Last year, Garrett refused to pay dues to the National Republican Congressional Committee (NRCC), citing its support of openly gay candidates in GOP primaries.

Since Garrett’s stance was revealed, Wall Street and corporate donors have stopped donating to his campaign in protest. This forced Garrett to clarify that he doesn’t oppose gay people running for office, but thinks that the party should not back people who support same-sex marriage as laid out by the GOP’s official platform.

Democrats think they have a shot at ousting Garrett in November. Their candidate is Josh Gottheimer, a corporate executive who has worked for the Clintons. But even though Mitt Romney only narrowly won the district, which spans from Northwest New Jersey to the New York City suburbs, Cook Political Report ranks the district as R+4, meaning it is four points more likely to support Republicans than the nation as a whole. And even though voters, particularly those in population-rich Bergen County, tend to be more socially liberal, they also tend vote for Republicans based on fiscal issues.

House Majority PAC is sponsoring three billboards along Route 17 in Bergen County calling attention to Garrett’s anti-LGBT views, and is running a TV ad against him through July 12.

“From land, sea, an sky, House Majority PAC is making sure as many voters as possible learn the facts about Congressman Garrett’s hateful agenda,” Jeb Fain, House Majority PAC’s communications director, said in a statement. “Scott Garrett’s bigoted views have no place in Congress, and they won’t fly with North Jersey voters this November.”