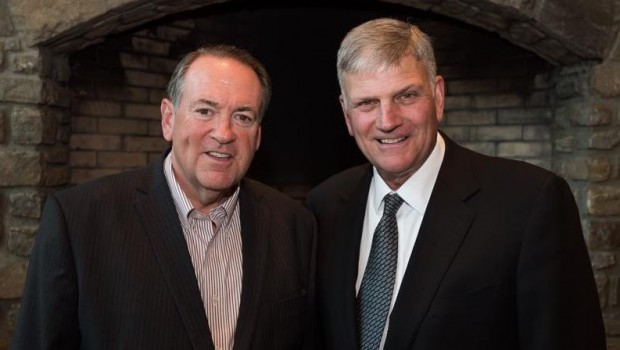 “Rev. Graham is a polarizing figure… His ungracious and bigoted remarks have the potential to generate serious negative impact on the Christian witness in Vancouver.”

–An excerpt of a letter signed by five Catholic and evangelical religious leaders, objecting to the invitation of controversial pastor Franklin Graham to Vancouver, Canada’s “Festival of Hope” celebration, set to take place in March 2017.

The religious leaders are concerned over Graham’s participation in the event, given his past inflammatory statements on a number of topics, including LGBT people, Muslims, and U.S. President Barack Obama, reports the Vancouver Sun.

“[We] denounce the frequent incendiary and intolerant statements made by Rev. Graham, which he unapologetically reiterates,” the pastors wrote in the letter. The letter was signed by Marjeta Bobnar of the Catholic archdiocese; Tom Cooper, president of City in Focus; Tenth Church pastor Ken Shigematsu, Calvary Baptist pastor Tim Dickau, and First Baptist pastor Tim Kuepfer.

Cooper told the Sun that the signatories to the letter had been willing to recommend another speaker, but the event’s leadership committee preferred Graham.

“We therefore, reluctantly, decided we could not endorse this event,” Cooper said. “We understand that we are just one of many evangelical and orthodox voices and there will sometimes be disagreement.”

But other pastors have defended Graham. Rev. George Wong, head pastors at Evangelical Chinese Bible Church in Burnaby, told the Sun that “the last thing we want to do is promote hate.” He also said that Graham “is not coming to Vancouver to preach against homosexuality, but to preach the gospel.” Wong refused to comment on some of Graham’s past statements on gays or Muslims, only saying that “the gospel is for people from all walks of life.”

John Riley is the local news reporter for Metro Weekly. He can be reached at jriley@metroweekly.com
← Previous Story Derrick Gordon: I was shut out of the NBA because I’m gay
Next Story → NBA moves All-Star Game to LGBT-friendly New Orleans