Sausage Party is funny, but one wonders what South Park's Matt Stone and Trey Parker could have done with the idea

Seth Rogan’s take-no-prisoners juvenile humor enhances an otherwise dark and unsettling tale about the nature of existence and the meaning of god in this very R-rated animated comedy. Owing as much to the Christian-value series VeggieTales as it does to Pixar, Rogan and company frequently mistake an overabundance of four-letter words for genuine humor as food items learn the awful truth behind what lies beyond the supermarket doors.

The film is unsettling in its flagrantly racist deployment of stereotypes, including a nebbishy Jewish Bagel, a hotheaded Lavash, a native American bottle of “Firewater,” and a spicy lesbian taco, but it seems odd to get upset about it, as it’s just a cartoon. (Rogan might go too far when, during the film’s opening song, featuring music by Alan Menken, German mustard sings boisterously about exterminating the juice.) 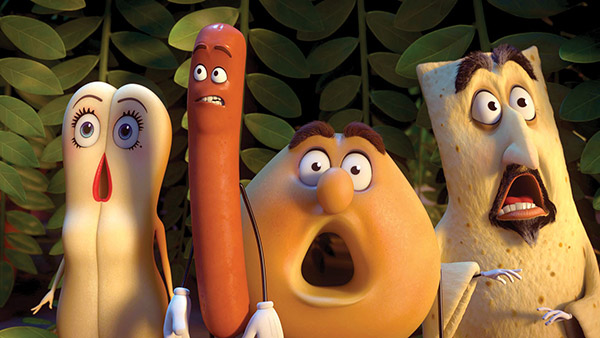