By John Riley on August 9, 2016 @JohnAndresRiley 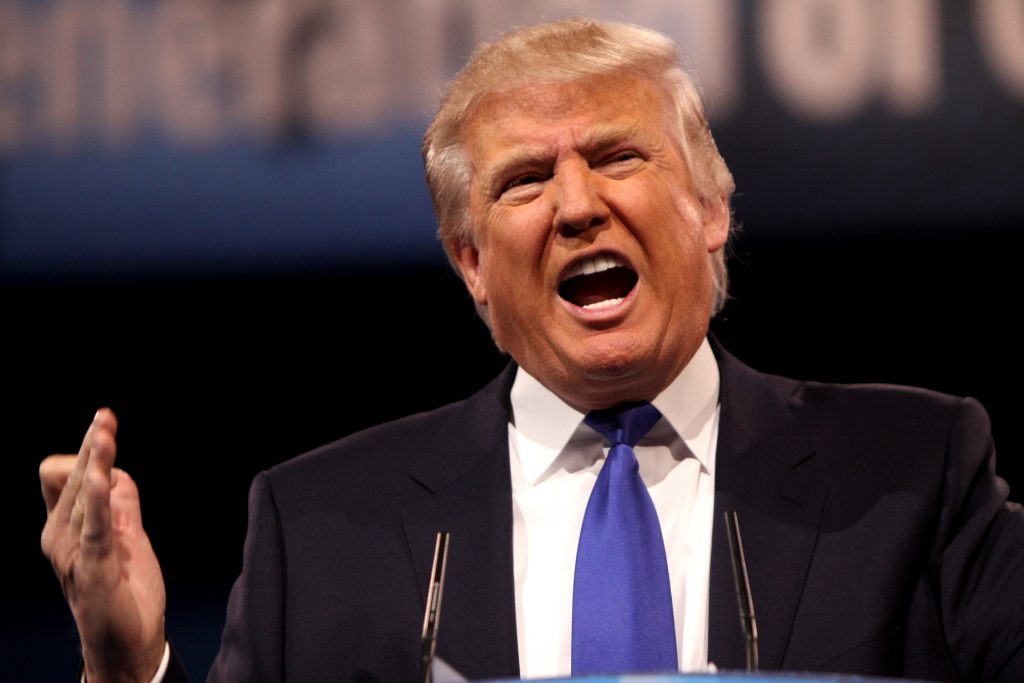 Republican presidential nominee Donald Trump is following the example of Florida Sen. Marco Rubio, after agreeing to address the “Rediscovering God in America” conference in Orlando this week. The event has been blasted by LGBT groups because of the involvement of several prominent figures known for their staunch opposition to LGBT rights.

In a speech scheduled for Thursday, Aug. 11, Trump is expected to express support for repealing a federal regulation that prevents pastors from openly endorsing political candidates from the pulpit, according to the Wall Street Journal.

LGBT and left-leaning groups previously criticized Rubio for attending the conference and for speaking on Friday, Aug. 12, the two-month anniversary of the mass shooting at Pulse nightclub. In response, Rubio hit back at the media and liberal activists for portraying the conference as anti-LGBT in nature, saying it is “a celebration of faith.”

Some LGBT activists say Trump’s attendance at the event sends mixed messages about his sincerity when it comes to LGBT issues. While Trump reached out to gay voters following the Pulse shooting, he continues to oppose same-sex marriage and has defended North Carolina’s right to pass its HB 2 law restricting transgender people’s access to public restrooms.

People for the American Way blasted Trump for agreeing to speak. “That the GOP standard bearer is choosing to rub shoulders with some of the most extreme anti-gay voices in the country speaks volumes about the Republican party today,” they said in a statement. “These are people who revile gay people, calling them ‘demonic,’ and who claim that LGBT rights will lead to the ‘utter destruction’ of our country. But the GOP presidential candidate seemingly has no qualms about casting his lot with these dangerous anti-gay voices.”

Gregory T. Angelo, the president of the Log Cabin Republicans, took a more measured approach in his response.

“To me it’s all about what is the message that they’re bringing, and I highly doubt, considering their past statements, that they are going to this event to spout a bunch of hate,” Angelo told the Wall Street Journal. “If they are going to take a strong pivot to a hard socially conservative bent that involves opposition to LGBT equality, then I’d be concerned.”

You have to see Donald Trump’s gay Twitter parody

Joseph R. Murray, II, the moderator of the pro-Trump Facebook group LGBTrump, criticized those who sought to attack Trump for meeting with the group or who implied that speaking at the conference was indicative of Trump’s hostility towards the LGBT community. Murray in particular aimed his comments at the Human Rights Campaign, which blasted both Rubio and Trump for agreeing to attend.

“In blasting Trump for meeting with the Florida Renewal Project, the Human Rights Campaign (HRC) is no different from the radical Religious Right groups that blast politicians who speak to LGBT rights groups,” Murray said in a statement. “If we are going to come together as a people and address the critical issues that threaten our way of life — trade, unnecessary wars, terrorism, and immigration — we must be willing to have an open dialogue and find common ground. The fact that Trump is meeting with the Florida Renewal Project does not mean he is no longer the best LGBT Republican in history; it means he is a leader who can build broad coalitions to make America great again.”

But the Democratic National Committee pounced on the opportunity to tether Trump to the anti-LGBT rhetoric and actions of those who will attend the conference.

“Instead of honoring the memory of those we lost at Pulse two months ago, Donald Trump and Marco Rubio have come to Orlando to headline a gathering of some of the nation’s most incendiary anti-gay bigots,” said DNC Chairwoman Donna Brazile in a joint statement with DNC LGBT Caucus Chair Earl Fowlkes. “We suggest Trump and Rubio disavow these anti-gay extremists who have likened gay people to Nazis and characterized HIV/AIDS as divine ‘penalties’ for being gay. Failing to do so will be yet another example of the utter lack of judgment that makes Trump unfit to serve.”

Editor’s note: This story was updated to include remarks from the founder of LGBTrump and the Democratic National Committee.

John Riley is the local news reporter for Metro Weekly. He can be reached at jriley@metroweekly.com
← Previous Story Alabama’s anti-LGBT Chief Justice to be tried for ethics violations
Next Story → Clinton campaign “unaware” Orlando shooter’s father was at rally