By John Riley on September 13, 2016 @JohnAndresRiley 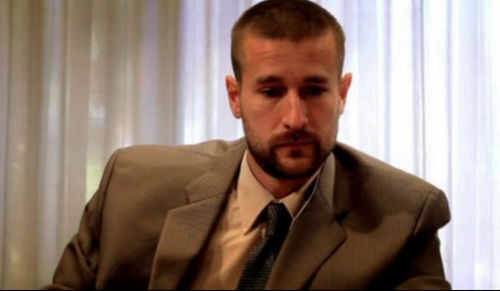 “I feel sorry for people who live in South Africa, but thank God we still have a wide open door in Botswana. Stand by for reports of MULTITUDES saved in Botswana, where religious freedom still exists.”

–Pastor Steven Anderson of the Faithful Word Baptist Church in Tempe, Ariz., in a Facebook post explaining that he has been banned from South Africa because of his past comments about homosexuality. Anderson, who advocates the death penalty for homosexuals, was refused a visa to visit South Africa after that country’s home affairs minister ruled that those comments constituted hate speech, which is prohibited under the South African constitution.

South African Home Affairs Minister Malusi Gigaba said on Tuesday that he had identified Anderson as “an undesirable person to travel to South Africa,” reports News24. Although United States citizens are usually exempt from having to apply for a visa to come to South Africa, that privilege has been rescinded for Anderson and the 17-member entourage traveling with him.

Gigaba’s announcement came after he was presented with a collection of evidence detailing his past anti-LGBT remarks and actions. In 2014, Anderson called for the execution of every LGBT person as a solution to end HIV and AIDS. Following the mass shooting that killed 49 LGBT individuals in Orlando’s Pulse nightclub, Anderson said, “The good news is there are 50 less pedophiles in this world. Because these homosexuals are a bunch of disgusting perverts and pedophiles. That’s who was a victim here, a bunch of just disgusting homosexuals at a gay bar.”

Gigaba’s decision was also influenced by public outcry: After Anderson had made public his intentions to travel to South Africa, LGBT rights activists launched two separate petitions calling for the country to ban him from setting foot in the country. Those petitions gathered more than 60,000 signatures in support. LGBT advocates have called on Botswana to ban Anderson as well.

In a video posted on YouTube prior to Gigaba’s decision, Anderson insisted that his trip had nothing to do with homosexuality. But he also refused to apologize for any of his rhetoric, saying his position on homosexuality is supported by the Bible.

Anderson wrote on Facebook and Twitter: “I have been banned from South Africa AND the United Kingdom. I am not even allowed to have a connecting flight in London.” Referring to his plans to travel to Botswana — where he believes his message will be better received — Anderson then quoted Acts 18, verse 6, writing: “And when they oppressed themselves, and blasphemed, he shook his raiment, and said unto them, Your blood be upon your own heads; I am clean; from henceforth I will go unto the Gentiles.”

“People who openly attack people on the basis of their sexuality, such as Pastor Anderson, should not be given a platform in South Africa to stir up antagonism towards LGBT people,” Ndungane said in a statement.

“Pastor Anderson viciously attacks LGBT people under the guise of preaching the Christian gospel,” he added. “Let us be very clear that Pastor Anderson’s message is not one that is consistent with the Gospel of love preached by Jesus Christ during his ministry on earth.”

John Riley is the local news reporter for Metro Weekly. He can be reached at jriley@metroweekly.com
← Previous Story Gay Homeland Foundation’s leader proposes a separate country for gay people
Next Story → North Carolina state senator who voted for HB 2 calls for its repeal