By John Riley on September 12, 2016 @JohnAndresRiley 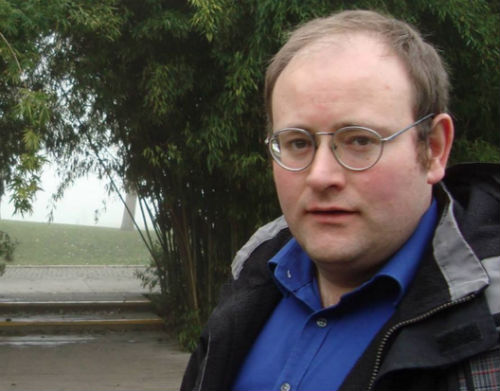 “Our purpose is to establish a free, independent and democratic gay state. We strive to initiate one or more self-administrated settlements for gay people, and look to promote their economic, cultural and political development.”

—Viktor Zimmermann, executive officer of the Gay Homeland Foundation, a separatist organization that advocates for the creation of an gay nation-state where homosexuality would be allowed to flourish and, at least in theory, gay people would no longer be marginalized. Speaking with Vice magazine, Zimmermann, who lives in Germany, explained how the creation of this new country would work.

“We need a cultural and political center, where we can develop new, better ways of gay living that are more suited to our nature,” Zimmermann says in the interview, saying that such a country would attract LGBT people, particularly artists, from all over to help create a “gay high culture”.

“A gay city-state would also become a safe haven for millions of gay people,” he adds. “Many gay people on this planet live in dangerous circumstances; their physical security is threatened on a daily basis, their jobs are insecure, and their families threaten them or try to force-marry them. Due to strict immigration restrictions, these people simply cannot relocate to another country. A gay country would be a very good option for these gay folks.”

As to where this country would be located, Zimmermann suggest a place with “cheap and habitable land” in a warm climate “by the seaside,” such as South America or Southeast Asia. He also raises the prospect of “artificial seagoing constructions” to create this new country. Straight people would be allowed to immigrate, he says, but their numbers would be limited and they would not be in charge — which would seem to undermine the “democratic” nature of the country if a certain population is restricted from holding power.

Zimmermann also insists that “there’s no contradiction between the existence of a gay state and the improvement of gay rights in various existing nations.” The bigger issue, he says, is that gay people are dispersed throughout the world, often in nations hostile to homosexuality, and are often not permitted to immigrate to countries with laws that are more favorable to LGBT people.

John Riley is the local news reporter for Metro Weekly. He can be reached at jriley@metroweekly.com
← Previous Story John Lewis to LGBT community: “We are one people. We are one family.”
Next Story → Anti-gay U.S. pastor, now banned from South Africa, eyes Botswana