By John Riley on September 21, 2016 @JohnAndresRiley 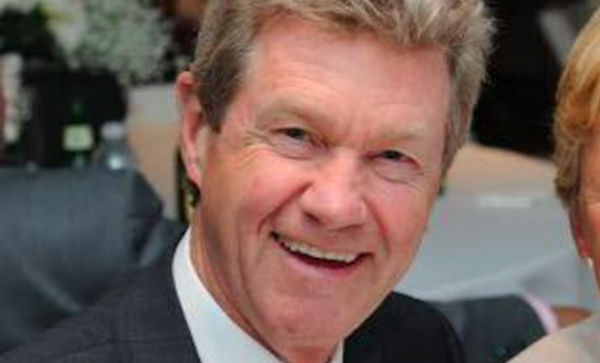 A judge in Kentucky who regularly presides over gay adoption cases has attacked homosexuality and the U.S. Supreme Court’s decision last year to legalize same-sex marriage.

Fayette Circuit Family Court Judge Tim Philpot, a former state senator, said that same-sex marriage is an “oxymoron,” like “jumbo shrimp” or a “magnificent Chihuahua,” according to the Louisville Courier-Journal.

Philpot made the comments on Sept. 8 while addressing a gathering of the Francis Asbury Society, an ultra-conservative religious organization, in Wilmore, Ky. He had agreed to speak in order to promote his new novel, Judge Z: Irretrievably Broken, which laments the fact that fewer straight people are choosing to get married.

In his comments, which were caught on video, Philpot insisted that he loves homosexuals, but said their relationships are “sterile” and “just entertainment.”

He particularly focused on criticizing the Supreme Court for its June 2015 decision that legalized same-sex marriage throughout the country. He called it “pretty close to insane” and warned that “there is no question that polygamy is on the way.”

Philpot was offended by the decision because the court said “there is no rational basis for you to think that marriage is between a man and a woman.”

“The Supreme Court telling me I’m irrational — I’m sort of offended by that,” he said. “Now, if my wife wants to tell me that, it is very often true.”

While Philpot said that “homosexual sin” is no worse than “heterosexual sin,” he worried that the worst effect of legalizing gay marriage was it effect on children, who might question their sexuality because of it.

Philpot also blames the legalization of same-sex marriage for affecting friendships between straight men, including his own.

“I meet with men four or five times a week and we hug; we love each other at a certain level,” he said. “I don’t hug the way I used to.”

Philpot even bemoaned that the LGBT rights movement had “stolen” one of the Bible’s greatest symbols, the rainbow, saying: “I’m gonna put one on the back of my car because I’m not going to let them steal it.”

Chris Hartman, the director of the Fairness Campaign, Kentucky’s major LGBT organization, said in an email that Philpot “clearly has a fundamental misunderstanding of what it means to be LGBT, chalking it up to some arbitrary choice children must make. Personally, I would never want Mr. Philpot making decisions about my family, given the fact he has deep disrespect for LGBT people and their families.”

But Philpot told the Courier-Journal that even though his views were shaped by his religious faith, he has been fair to all people who appear in his courtroom, including LGBT people. Several lawyers who have represented gay clients in Philpot’s court back up the judge’s contention that he has been fair-minded.

Keith Elston, one of those lawyers, said Philpot has asked “a few more questions of gay and lesbian clients than he asks to some of the straight clients I have had,” but that none of them were “out of bounds or appear to reflect his personal biases.”

Kentucky could owe more than $2 million in gay marriage fight