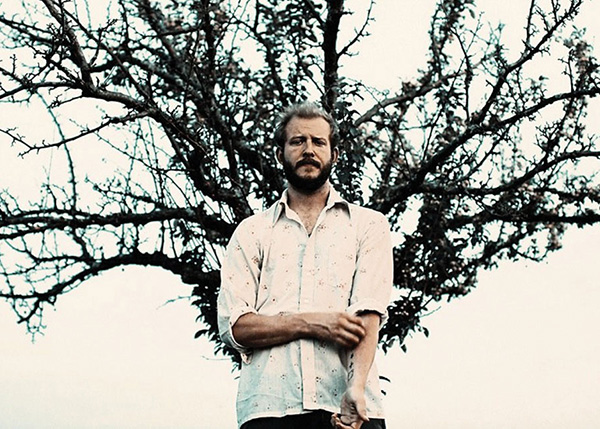 Bon Iver has always sounded like the soundtrack to a northern winter. The band, the brainchild of Justin Vernon, invokes cold, quiet expanses and snowbound wilderness. In a sea of talented folk artists, Vernon’s falsetto stands out as distinct, packed with emotion and uniquely affecting. His previous work has always sounded best-suited to being heard in a cabin in the woods of rural Wisconsin, which is where the band’s debut album For Emma, Forever Ago was recorded.

Bon Iver’s sighing, haunting songs have long been treated as perfect background music, the sort you might listen to while studying, or hear playing at an inoffensive volume in a half-crowded Starbucks. But there has always been a colder, darker element to Bon Iver as well, a starkness that reflects the project’s origins in a snowed-in cabin. Bon Iver’s songs are known to return frequently to themes of loneliness and heartbreak, and on their third full-length album 22, A Million (

) Vernon takes those nagging feelings and brings them forward, giving us all of the chill and very little softness or comfort.

The opening track “22 (OVER S∞∞N)” announces a dramatic reinvention. For a moment, entering with a distorted vocal sample and buzzing synth, you might wonder if the band has veered sharply into electronica, but Vernon’s familiar vocals soon drift in, reassuring us that despite the unfamiliar direction, this is still Bon Iver. The second track, “10 d E A T h b R E a s T” is more daring, with a drum beat that could easily have been copped from an EDM track and glitchy electronic sounds throughout. The track may be the most nakedly experimental, but its sense of quiet chaos shows up again and again on the rest of the album. This sense of dislocation is most readily apparent on “21 M◊◊N WATER,” which slowly builds in intensity before fading out in a fuzzy, indistinct mess of dissonance — as though it were the soundtrack to the heat death of the universe. It is tempting to wonder if the discord pervading the album mirrors an unspoken dysfunction in Vernon’s artistic career — during the five years the album was in production, Vernon allegedly contemplated abandoning the Bon Iver project altogether.

Midway through 22, A Million, Bon Iver backs away slightly from the cyberpunk wasteland evoked in the first few tracks and ventures into familiar territory. It is a saving grace of the album that Vernon still has one foot in his old material. Some of the songs, particularly the atmospheric closing track, “00000 Million,” would not have been out of place on his last album. Even when reaching back towards a more familiar sound, Bon Iver experiments. On “8 (circle)” Vernon temporarily abandons his characteristic falsetto, lending an unexpected but welcome vulnerability to the track. The band’s instrumentals, whether folky or synthetic, have always taken a backseat to the vocals, but it may be that the unfamiliar background seems to draw out qualities in Vernon’s voice that were difficult to discern in past albums. Most surprisingly, the album features conspicuous use of autotune. This is a bizarre turn for a band that leans so heavily on the voice of its frontman, a voice that is heavily distorted and cracking on “715 – CRΣΣKS.” It is jarring, no doubt intentionally so. Longtime Bon Iver fans may riot at the thought of Vernon feeding his voice through an autotuner, but there is no denying that it produces an interesting effect. The willingness to disrupt and experiment with the most iconic and recognizable feature of Bon Iver’s sound is a welcome, if unexpected, innovation and 22, A Million is richer for it.

By the end of the album, there is a palpable sense of resignation, of being alone in a cold and uncertain world. The apparent lack of structure in songs mirrors the quiet desperation in the lyrics, and the album is disorienting right down to its cryptic track names, full of numbers and unicode characters. The aesthetic even carries over onto Bon Iver’s YouTube channel. The album’s official lyric videos appear to have been made in Microsoft Paint, with garish colours, stock fonts and chaotic visuals that in a strange way complement its otherworldliness.

There is no getting around the fact that this is a difficult album to get into. Its themes are vague at best and impenetrable at worst, though this seems intentional, a feature rather than a bug. 22, A Million above all feels sonically transitional, the way second album Bon Iver, Bon Iver now seems like a midpoint between For Emma, Forever Ago and now. It is radically different, to be sure, but it still draws heavily on what came before it. Nearly every track is an instance of Vernon playing with some new effect, some new means of communicating his inner life through sound. Some of them land, others fall short. In the end it’s an experiment with mixed results, but one that was ultimately worth the effort.

22, A Million is available for purchase on iTunes and at Amazon.com and on streaming sites, such as Spotify and Apple Music.