Reel Affirmations returns to its fall berth, with a just-announced closing film sure to generate buzz: King Cobra

By Randy Shulman on October 6, 2016 @RandyShulman 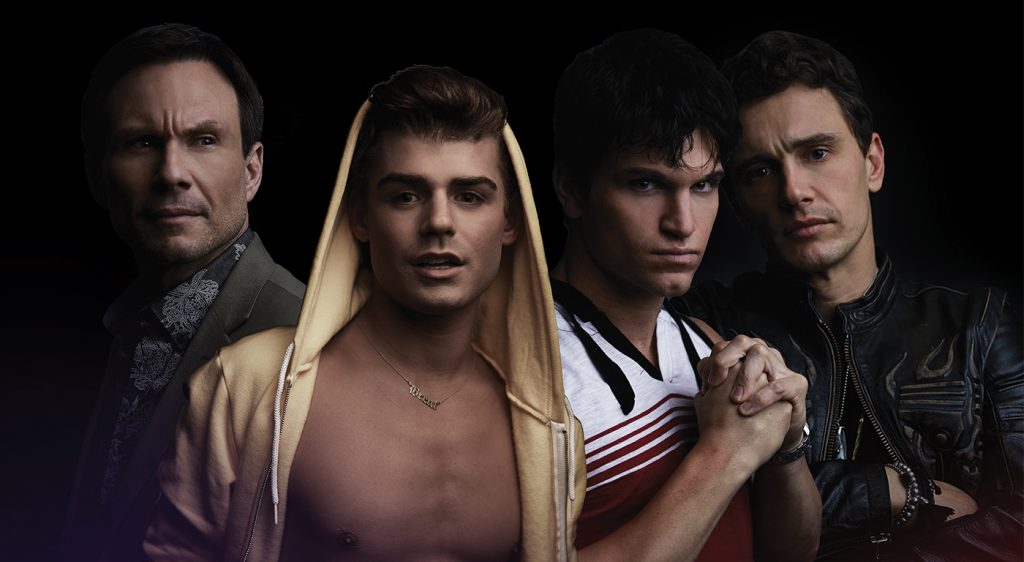 Reel Affirmations, the city’s popular LGBT film festival, is finally back where it belongs — in October. As with last year’s August festival, the event covers three days over a weekend rather than ten days, making it a more manageable festival for patrons as well as Festival Director Kimberley Bush and the DC Center, which took it on after long time producer One-In-Ten shuttered its doors.

It kicks off Thursday, Oct. 13, with a special launch party screening of Retake, the tale of a man who hires a male prostitute to join him on a road trip, resulting in emotional catharsis for each. Tuc Watkins, who played one-half of the gay couple on Desperate Housewives, stars in the drama.

The festival, with its apparent focus on quality rather than quantity of past years, starts in earnest Friday, Oct. 14 and runs through Sunday, Oct. 16. The dozen programs include the award-winning LOEV, in which two men forge a deep bond over a road trip, the sexually provocative French entry Theo and Hugo, Carly Usdin’s lesbian drama Suicide Kale, and Strike a Pose, a documentary about Madonna’s male backup dancers who starred in the documentary Truth or Dare. Saturday afternoon sees several collections of shorts, including one specifically centered on transgender persons.

Randy Shulman is Metro Weekly's Publisher and Editor-in-Chief. He can be reached at rshulman@metroweekly.com.
← Previous Story Miss Peregrine’s School for Peculiar Children (review): Go to Hogwarts instead
Next Story → “King Cobra” star Garrett Clayton doesn’t want to discuss his sexuality