Rumer Willis: “I’m a huge supporter of the LGBT community”

Through her critically-acclaimed cabaret show, Rumer Willis wants to show people who she really is 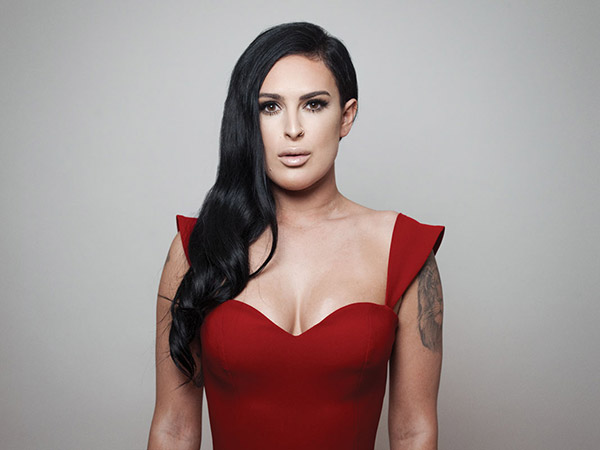 “You shouldn’t stress yourself or ever try and compare yourself to be like anybody else,” says Rumer Willis. “You just have to show people who you are. Go out there and interact, and really give people a chance to get to know you.”

It’s a mantra the oldest daughter of Bruce Willis and Demi Moore clearly lives by. If she ever feels burdened to prove herself or her talent because of her celebrity parents, she doesn’t let on. Instead, over the past few years Willis has quietly, diligently, been plotting her own course to fame, reaping both recognition and rewards entirely of her own making. Most notably, Willis pushed herself to have all the right moves last year, winning season 20 of ABC’s Dancing With The Stars. “I didn’t grow up with any kind of formal dance training,” she says, “so that was definitely a new experience for me.”

It was also great preparation for her debut on Broadway a few months later, as Roxie Hart in Chicago. “I’ve wanted to do Broadway my entire life, and I especially love Chicago. It was really kind of a surreal experience. It was just such a dream come true.” But the best was yet to come, when Willis earned perhaps the highest praise of her career so far in a glowing review by the New York Times of the 28-year-old’s cabaret debut at the Cafe Carlyle.

“Her voice is strong with a wailing upper register,” wrote Stephen Holden. “She didn’t overdo it…. She’s a natural.” No wonder other cabaret venues, including Amp in North Bethesda, were eager to book Willis to reprise the show, which includes covers by artists as diverse as Billie Holiday, Brandi Carlile and Fiona Apple, in addition to a Chicago standard or two. “I want to give more people in the country a chance to kind of see what I’m doing and hear me sing,” Willis says.

She sees her cabaret as an interactive form of expression. “It’s a mix of singing, storytelling and hopefully a lot of laughter,” she says. “I go out into the audience and ask people about their stories and give them a chance to really get to know me and me to get to know them.”

In addition to that refreshing sense of humility and geniality, Willis also strives to make everyone feel welcome. “I’m a huge supporter of the LGBT community. My goal and my dream is to hopefully do anything and everything I can to create a world where there’s more acceptance and love for everyone.”