Trump selects Elaine Chao as next Secretary of Transportation 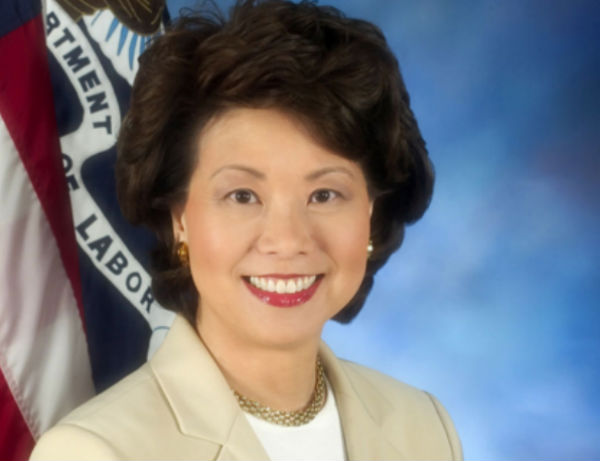 President-elect Donald Trump has selected former Labor Secretary Elaine Chao as his next Secretary of Transportation.

Born in Taiwan, Chao and her family immigrated to the United States when she was eight years old. Chao has plenty of experience in the federal government, not only from her own stint as Secretary of Labor under President George W. Bush, but as deputy secretary of transportation under George H.W. Bush.

While Chao’s personal views on LGBT rights issues are largely unknown, she did serve in two presidential administrations that were generally considered hostile to LGBT rights.

She has also fiercely defended her husband, Senate Majority Leader Mitch McConnell, during his re-election campaigns. McConnell has opposed nearly every pro-LGBT piece of legislation introduced in the U.S. Senate since he was first elected to the chamber in 1984.

Chao’s resume also includes a stint at the Heritage Foundation, a conservative think tank, and as a commentator on the right-leaning FOX News channel. She sits on the board of directors for News Corporation, FOX’s parent company.

John Riley is the local news reporter for Metro Weekly. He can be reached at jriley@metroweekly.com
← Previous Story Twitter study reveals the most homophobic places in America
Next Story → Roy Cooper’s edge in North Carolina governor race surpasses 10,000 votes