Boy George on George Michael’s death: “The sadness is beyond words” 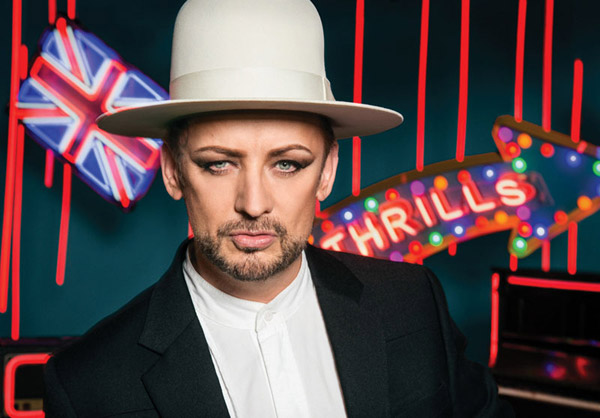 Boy George has taken to Twitter to express his sadness over the death of George Michael, who passed away on Christmas Day at 53.

“I am thinking of George Michael’s family, friends and fans right now,” the Culture Club singer wrote. “He was so loved and I hope he knew it because the sadness today is beyond words.”

“What a beautiful voice he had and his music will live on as a testament to his talent,” he continued. “I can’t believe he is gone.”

Both men became LGBT icons after they came out — Boy George was first, after years of androgyny and veiled references to his sexuality, with George Michael following in 1998.

George Michael “passed away peacefully at home” in Oxfordshire, England, on Christmas Day, according to the singer-songwriter’s publicist.

Boy George noted that though he and George Michael were never close — “He was my competition, my peer,” he tweeted — he had hoped that the Wham! singer would experience a career revitalization akin to his own.

“It was only in recent years that we actually spoke,” he tweeted. “I hoped he would rise up and become strong again and fill our lives with more music.”