By John Riley on January 24, 2017 @JohnAndresRiley 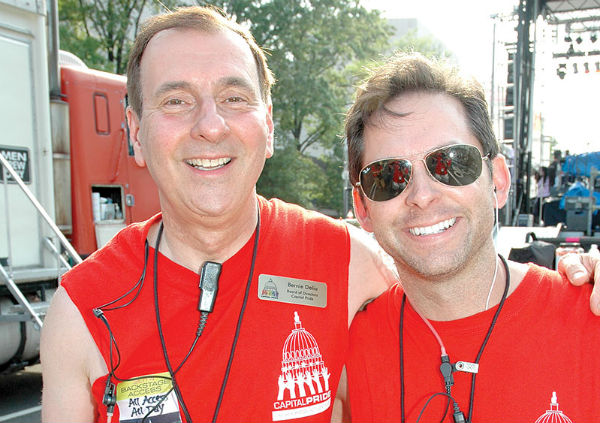 On Thursday, Feb. 2, the Capital Pride Alliance will hold its fifth annual Pride Reveal at SAX Restaurant & Lounge, where the organization announces the theme tying together that year’s Pride celebrations, the bulk of which will take place from June 8-11. Some past themes have included: “Unleash the Superhero in You,” “Build Our Bright Future,” and “Make Magic Happen.”

At the Reveal, the Capital Pride Alliance will also unveil the schedule of official Pride events in June, and the complete calendar of 2017 Pride365 events taking place throughout the year, as well as partners, sponsors, and special ticket deals. Tickets will entitle guests to two complimentary cocktails, hors d’oeuvres and desserts at the event, which will feature performances by the professional SAX aerialists and burlesque dancers, and music by DJs Ed Bailey and Aaron Riggins.

While Ryan Bos, the executive director of Capital Pride Alliance, can’t divulge this year’s theme just yet, he offers a little teaser:

“I would say that it represents a continuation of what people experienced this past weekend during the Women’s March on Washington. So we are sort of getting back to the start of the Pride movement,” Bos says. “Though, in saying that, the theme is a reflection of the history of where the Pride movement began, and where we need to continue to go. It is in response to some of the fears that people have expressed and our desire to keep moving forward.”

“Over the past several months, we’ve experienced a dramatic shift in our expectations for further advances in LGBT equality and rights. However, our initial apprehension has been replaced with determination and resolve,” Delia said. “The theme for Pride 2017 will embody the truth that being a member of the LGBT community is about accepting ourselves and others for who we are and supporting and helping each of us thrive — unapologetically — as individuals and as a community.”

Bos says he’s looking forward to the continued engagement of the community, including volunteers, partners and sponsors, as the organization carries out the various events that comprise celebration of Pride in the nation’s capital.

“One of my biggest charges, and something I have pride in is that we have continued to expand Pride outside of the June celebration. So Pride for me, and for us, truly is 365 [days a year],” he says. “That manifests in a number of different ways: though key events that we organize at different times of the year, and through ways that we try to support the LGBT community throughout the year.”

The 5th Annual Capital Pride Reveal will take place on Thursday, Feb. 2 at 7 p.m. at SAX Restaurant & Lounge, 734 Eleventh Street NW. Tickets are $40 per person in advance and $50 at the door. For more information or to purchase tickets, visit capitalpride.org.

Capital Pride opens up nominations for Heroes and other awards