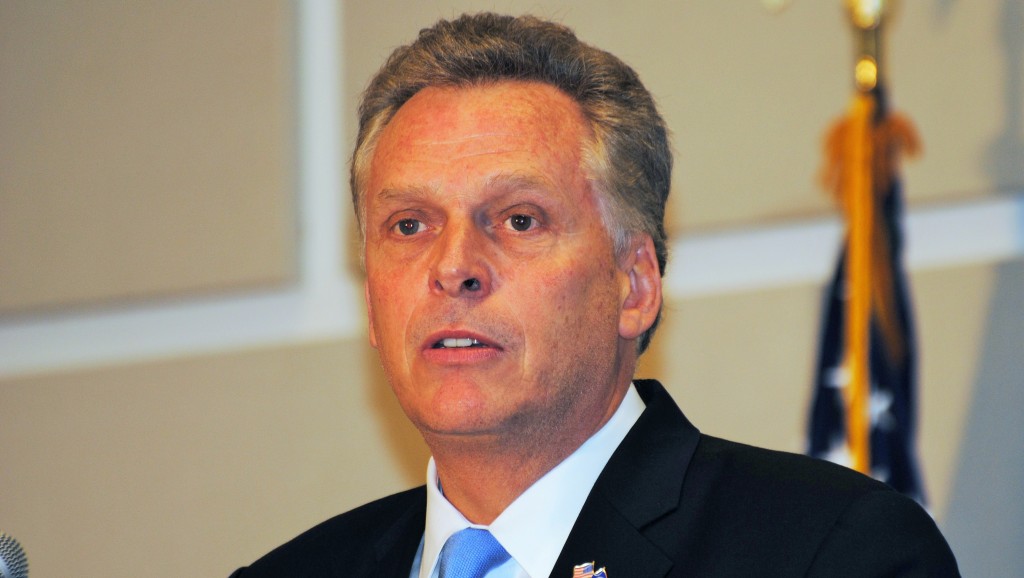 Executive Order 61 prohibits companies that contract with the state, and any businesses that they subcontract out to for the delivery of goods and services, from refusing to hire people or firing them without cause on the basis of their race, sex, color, national origin, religion, age, political affiliation, disability, veteran status, sexual orientation and gender identity.

Examples of companies that contract with the state include Old Mansion Foods, a Virginia-based spice company that sells spices to the Department of Blind and Vision Impaired; Dunbar Amored, which provides armored car services to the commonwealth and its localities; and Harper Engraving and Printing Company, which provides engraved stationery to the offices of the governor, lieutenant governor, attorney general and Supreme Court of Virginia.

“As my first act as Governor, I signed Executive Order 1 to ban discrimination in the state workforce based on sexual orientation, take divisive social issue battles off the table and help build an open and welcoming economy,” McAuliffe said during a signing event in Charlottesville. “Starting today, the Commonwealth of Virginia will not do business with entities that discriminate based on sexual orientation or gender identity. Virginia is home to the best state workforce in the country and this policy will ensure there is no question that all Virginians are to receive the full benefits of their citizenship, without regard to their sexual orientation or gender identity.”

McAuliffe’s executive order also prohibits individual state employees from discriminating against people belonging to those protected classes in the provision of state services. So would-be Kim Davises will not be able to refuse to process marriage licenses or benefits for same-sex couples, or claim their religious beliefs prevent them from providing services to LGBT individuals.

“In addition to keeping Virginia a place with a commonsense, pro-business government, today’s Executive Order is a huge leap forward in our goal toward becoming a state that is a safe, welcoming, and equal place for all Virginians,” James Parrish, the executive director of Equality Virginia, said in a statement. “This policy is simply good business practice — taxpayers should expect that their money will not be used to support organizations that discriminate.”

A 2015 study by the Williams Institute, a think tank that examines public policy surrounding LGBT issues, found that 80 percent of Virginians claimed to support workplace protections for LGBT individuals. Yet the commonwealth continues to lack a general nondiscrimination law prohibiting discrimination in employment.

When he first took office in January 2014, McAuliffe followed the tradition started by the two previous Democratic governors, Mark Warner and Tim Kaine, and issued an executive order prohibiting LGBT discrimination in state employment. But that executive order is only enforceable until the end of McAuliffe’s term in January 2018. As a result, Equality Virginia has spent the past decade urging passage of a bill that would make those protections for LGBT state employees permanent, and would also protect other LGBT people who work in the public sector, such as police, public school teachers, or public transit workers. The bill would not apply to private employers who do not accept government funds.

“This executive order goes a long way towards keeping Virginia competitive to businesses and aligns the Commonwealth’s practices with those of most Fortune 500 companies,” Parrish added. “Executive Order 61 is a critical step forward and will increase the number of individuals protected from discrimination. Comprehensive statewide legislation, however, remains a necessity for achieving uniform and complete prohibition of discrimination across the state.”