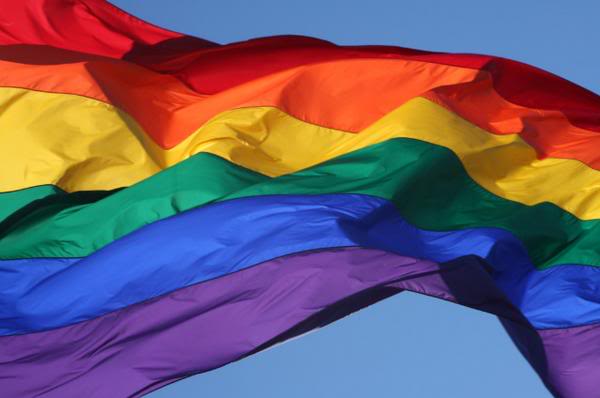 A majority of Americans reject the idea that LGBTQ people should be discriminated against based on “religious freedom.”

Public Religion Research Institute, a nonprofit, nonpartisan organization, interviewed 40,509 people and found that a majority of them oppose “religious freedom” laws, which allow a person or business to refuse service to LGBTQ people for religious reasons.

Six in ten Americans oppose such laws, a trend which is accurate for almost every religion and religious denomination. A majority of Buddhists, Muslims, Catholics, Hindus, Jews, and even Mormons all oppose such discriminatory laws.

Only white evangelical Protestants  — read: Ted Cruz et al — supported discriminating against LGBTQ people, by a margin of 50% to 42% (8% were unsure or refused to say). 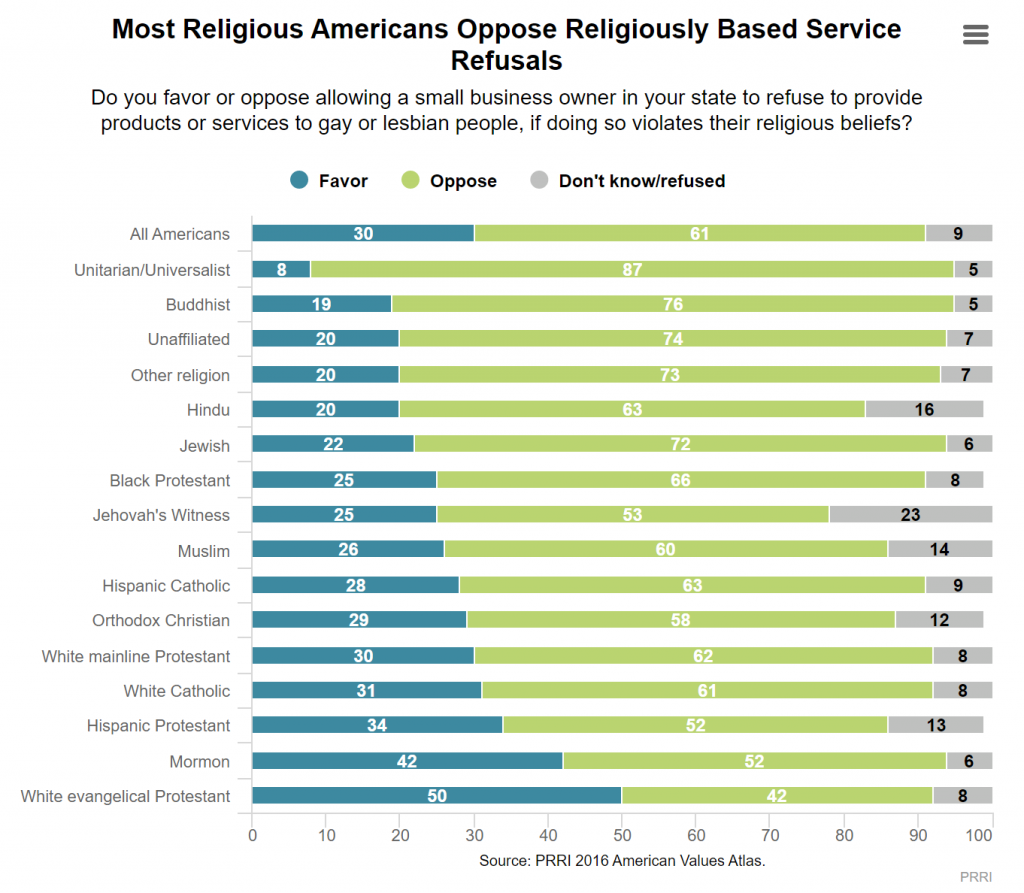 However, while most religious denominations agree that discriminating against LGBTQ people is wrong, the same level of support doesn’t apply to same-sex marriage.

The results of PRRI’s survey come amid increased speculation over the potential for a federal-level “religious freedom” law or executive order.

Several Republicans have floated the First Amendment Defense Act, ostensibly a license to discriminate against LGBTQ people based on religious reasons, and President Trump has indicated that he would sign such an act should it cross his desk.

Trump’s nominee for Attorney General, Sen. Jeff Sessions last month defended the First Amendment Defense Act, saying he “supported this legislation because I believe that we can, and should, protect the rights of all citizens — including LGBT individuals and those with traditional views of marriage.”

Meanwhile, the Trump administration weathered a storm of criticism last week after a draft of a “religious freedom” executive order was leaked. A White House spokesperson eventually stated that Trump had no plans to sign the order “at this time.”