By John Riley on February 7, 2017 @JohnAndresRiley 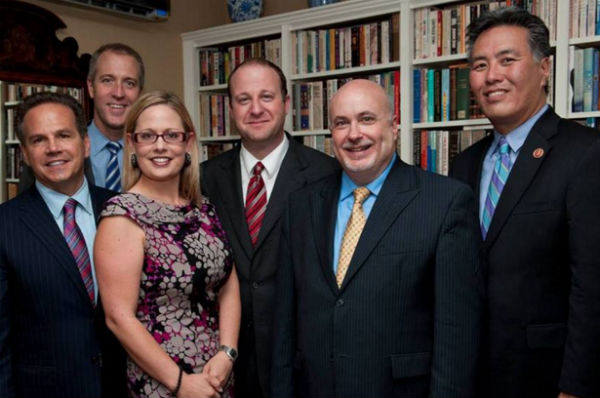 The Congressional LGBT Equality Caucus has announced that its ranks have grown to 102 for the 115th Congress, which serves through January 2019.

The purpose of the caucus is to advocate for measures that will improve the lives of those in the LGBT community, and protect the community against harmful legislation that would condone discrimination.

“On behalf of the co-chairs, I thank my colleagues in both parties who have joined the LGBT Equality Caucus and pledged to stand for and with the LGBT community,” Sinema said in a statement. “While we’ve made significant progress in recent years, we still have more work to do and must protect the progress we’ve made.  Our caucus continues to work to ensure every American has the fundamental freedom and opportunity to pursue the American Dream.”

Though the caucus membership is bipartisan, Democrats dominate by 100 to 2.

John Riley is the local news reporter for Metro Weekly. He can be reached at jriley@metroweekly.com
← Previous Story Mike Huckabee cracks anti-trans joke to make fun of Chuck Schumer
Next Story → Betsy DeVos confirmed as Secretary of Education