NBA commissioner wants to bring back All-Star Game to Charlotte

By John Riley on February 20, 2017 @JohnAndresRiley 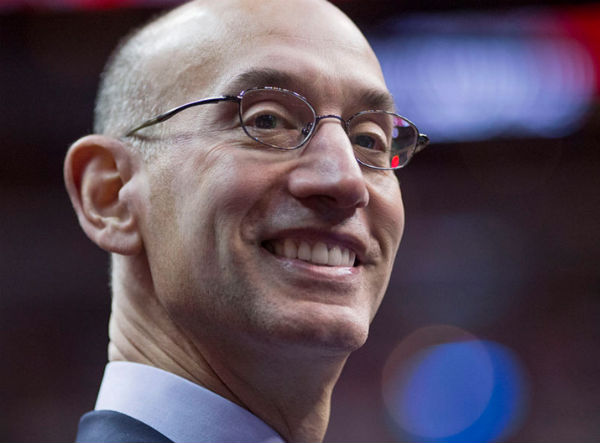 Even though he signed off on yanking this year’s All-Star Game from Charlotte and moving it to New Orleans, NBA Commissioner Adam Silver wants to return to North Carolina.

That is, if the state can resolve the stand-off between Republican leaders in the General Assembly and Democratic Governor Roy Cooper over what to do about HB 2, the anti-LGBTQ law whose passage ended up costing Charlotte the chance to host the event.

In a news conference on Saturday night, Silver said he had discussed the possibility of moving the All-Star Game back to Charlotte in 2019 with Cooper. But he also warned that the persistence of laws like HB 2 could potentially imperil other cities or states from hosting future games, reports The Washington Post.

“We had a discussion, so I understood, certainly, [Cooper’s] position, when he was running for office, was anti-HB 2,” Silver said. “So I really was talking to him more to understand, from his standpoint, how he was hoping to move forward in terms of changing that law. My main purpose of talking to him was to express our desire to return next year. In terms of laws in other jurisdictions, it’s something we continue to monitor very closely.”

While Silver said he was “not ready” to set forth unequivocally clear guidelines for potential host cities, he did not that state laws and local ordinances — and whether they’re perceived as discriminatory — are factors that are taken into account when selecting host cities.

As for what position the NBA would take on SB 6, a proposed bill in Texas that would be similar to HB 2, Silver hedged, saying: “I’m not ready to stand here today and say that is the bright line test for whether or not we will play All-Star Games in Texas. It’s something we’re, of course, going to monitor very closely.

“What we’ve stated is that our values, our league-wide values in terms of equality and inclusion, are paramount to this league and all the members of the NBA family,” he added. Those values are an important factor for us in deciding where we take a special event like an All-Star Game.”

Desperate to staunch the bleeding from the loss of economic opportunities denied to North Carolina because HB 2 remains on the books, Cooper has proposed a compromise deal to repeal the law. In exchange, lawmakers would strengthen penalties for sex crimes committed in intimate spaces like bathrooms, and institute a 30-day notification period before local counties or cities were allowed to pass LGBT-inclusive ordinances.

But Republicans in the legislature are unwilling to budge, so long as transgender people are allowed to use bathrooms consistent with their gender identity in any locality within the state. In an interview with the News & Observer, House Speaker Tim Moore essentially said Cooper’s proposal was dead on arrival.

“There are a lot of conversations ongoing, and the thing we’ve made clear from day one is we need to maintain the privacy protections when it comes to individuals when it comes to showers, changing rooms, locker rooms. We’re going to safeguard that, and make sure that is maintained,” Moore said.

“I certainly think what Charlotte did with these bathroom provisions is really what was the trip-wire that got all of this started over a year ago now,” he added. “So if that’s still something that Charlotte tries to do — or any city — that’s going to be a problem.”

John Riley is the local news reporter for Metro Weekly. He can be reached at jriley@metroweekly.com
← Previous Story Ad opposing Texas bathroom bill tells people to “pee with LGBT”
Next Story → HRC blasts Trump administration over rumors it will roll back transgender protections