Writer says Snagglepuss' sexuality was "so obvious" in his cartoons 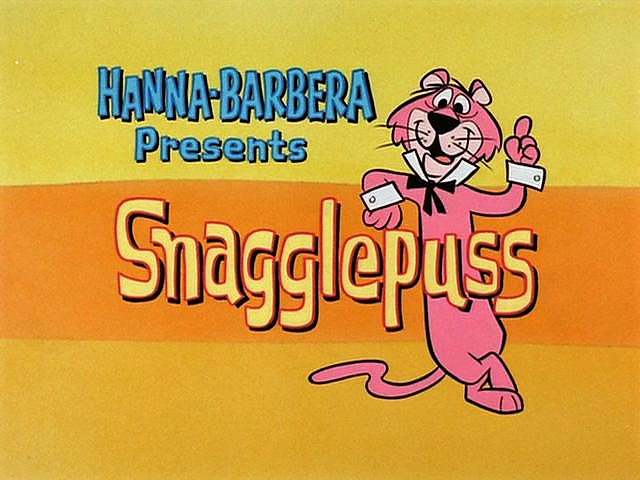 Heavens to Murgatroyd! Snagglepuss is finally coming out of the closet.

When DC Comics announced last year that it was reviving a number of Hanna-Barbera cartoon icons for its latest series of comics, we learned the big, pink lion would be among them. And now, we have more information on what shape Snagglepuss’ return will take.

In an interview with HiLoBrow, writer Mark Russell — who transformed The Flinstones into a stunning post-modern tale that has been lauded as one of the best comics of 2016 — revealed that Snagglepuss has abandoned his dreams of being a stage actor.

He adds that the reinvention “was not much of a stretch at all,” with Snagglepuss becoming a “tragic Tennessee Williams figure.” And he won’t be alone. “Huckleberry Hound is sort of a William Faulkner guy, they’re in New York in the 1950s, Marlon Brando shows up, Dorothy Parker, these socialites of New York from that era come and go,” Russell said.

His interpretation of Snagglepuss is directly related to the character’s more than slight suggestion at being gay — or at least on the queer spectrum.

“It’s never discussed and it’s obviously ignored in the cartoons ’cuz they were made at a time when you couldn’t even acknowledge the existence of such a thing, but it’s still so obvious,” Russell said. “So it’s natural to present it in a context where everybody knows, but it’s still closeted. And dealing with the cultural scene of the 1950s, especially on Broadway, where everybody’s gay, or is working with someone who’s gay, but nobody can talk about it — and what it’s like to have to try to create culture out of silence.”

Russell is no stranger to such subjects: His version of The Flinstones dealt with the controversy around same-sex marriage and the legitimacy of same-sex couples in moving, humorous fashion.

The full Snagglepuss series starts in “September or October,” but look out for a sampler in the March issue of Suicide Squad/Banana Splits Annual. It will apparently feature “nagglepuss being dragged in front of the House Committee on Un-American Activities,” according to Russell.

If you want a sneak peek of what to expect when Snagglepuss is reborn in print, DC have released a page from the upcoming comic: 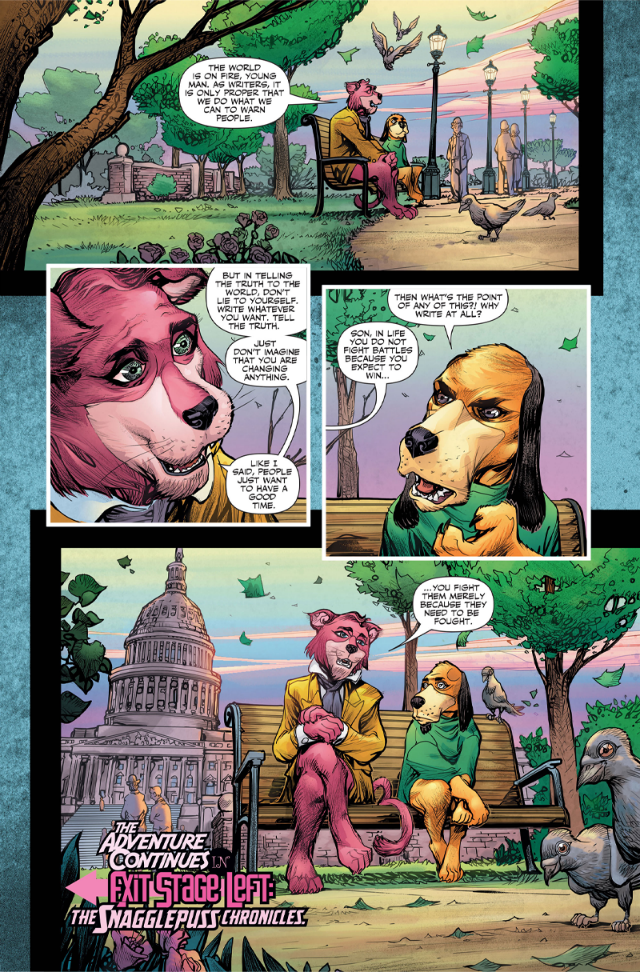 Rhuaridh Marr is Metro Weekly's online editor. He can be reached at rmarr@metroweekly.com.