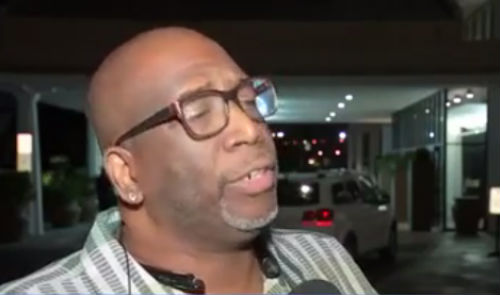 An anti-gay Georgia pastor known best for his inflammatory rhetoric against the LGBTQ community had been found guilty of child molestation.

A jury in Glynn County, Ga., debated for less than an hour on Monday before handing down guilty verdicts on all charges. Adkins faces a sentence of up to life in prison.

His attorney, Kevin Gough, has promised to appeal the verdict, and will be asking for a new trial, based on the belief that the prosecution withheld evidence that could have helped Adkins avoid a guilty verdict, reports the Florida Times-Union.

The charges relate to alleged sexual relationships with a teenage boy and a teenage girl at his church seven years ago. Adkins has continued to maintain his innocence, insisting he didn’t have a sexual relationship with either. His lawyers also insisted that any alleged encounter occurred when the teens were 16, meaning they were of the age of consent in Georgia.

A former drug addict who reinvented himself as an influential pastor and conservative activists and commentator, Adkins is best known for inflammatory comments he has made, including about members of the LGBTQ community.

When the city of Jacksonville was weighing passing LGBTQ nondiscrimination protections, Adkins infamously dressed in drag and posted pictures of himself in wigs on social media, in order to emphasize his belief that expanding the ordinance would allow “men” to go into women’s restrooms and violate their privacy.

“Tonight at 6pm at the Duval Democratic Banquet, Miss Kane in her very short Red Dress will deliver a message to the Homosexuals that have taken over the Duval Democratic Party,” Adkins wrote in a Facebook post. “I am going to ‘pee’ next to your women in the women’s bathroom and let’s see how y’all feel.”

Following the deadly massacre at Pulse nightclub in Orlando last summer, Adkins tweeted that he had “been through so much with these Jacksonville homosexuals that I don’t see none of them as victims. I see them as getting what they deserve!!”

When he was criticized for the tweet, he later backtracked, claiming he was talking about the LGBTQ community in Jacksonville, not specifically the Pulse victims.

He has also previously tweeted: “The Church is under attack…based on recent Supreme Court rulings! Without a standard in your house, the devil (Gays) will ruin it.”

John Riley is the local news reporter for Metro Weekly. He can be reached at jriley@metroweekly.com
← Previous Story Iowa lawmakers vote to end discrimination against LGBTQ renters
Next Story → Report: 60% of transgender students barred from appropriate restrooms