Fun Home hits deep with a tender score and a smart, sincere coming out story 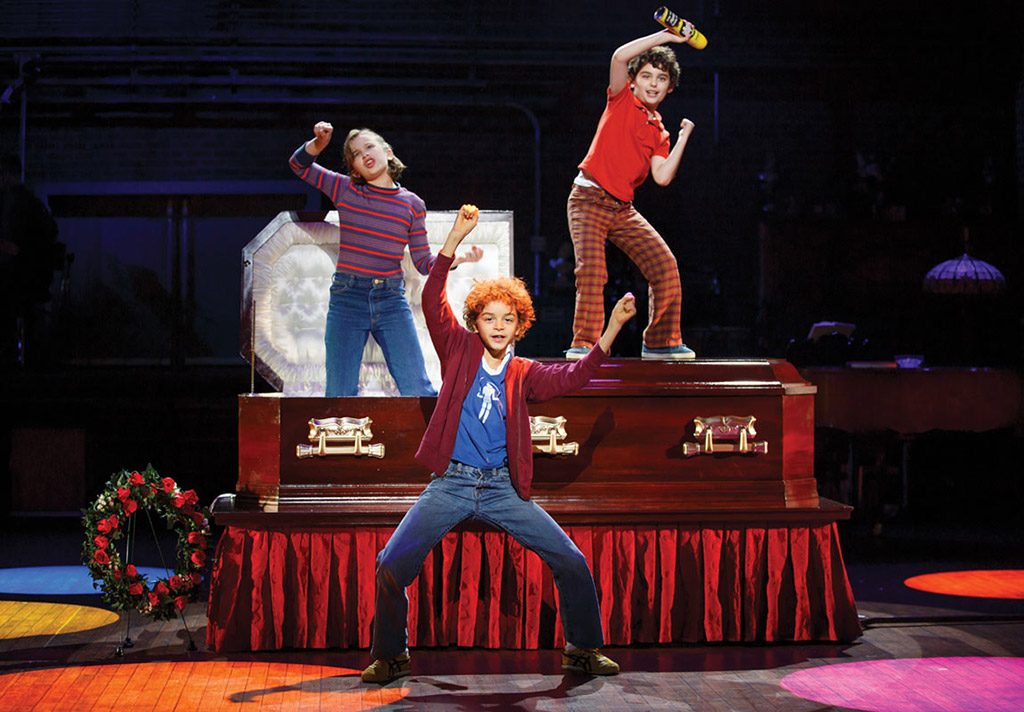 The warm and wonderful Fun Home (★★★★) pulls off the remarkable feat of capturing a child’s-eye view of the world, framed by a decidedly adult understanding of that kid’s upbringing. The show’s knowing voice originates at the source — cartoonist Alison Bechdel’s best-selling 2006 graphic memoir of the same name. Adapted for the stage by playwright Lisa Kron (Well) and composer Jeanine Tesori (Caroline, Or Change), Bechdel’s piercing tale of her own coming out, which coincided with her beloved (and closeted) dad’s suicide, marries poignantly with Tesori’s arresting melodies.

The in-the-round Broadway production, which earned five Tony Awards, including one for director Sam Gold, as well for Kron’s book, Tesori’s score, and Best Musical has been perfectly reimagined for a proscenium-style tour. Voluminous sets transform with the fluidity of an artist’s fertile imagination, as the action moves from the Bechdel family’s giant, old Victorian fixer-upper in small-town Pennsylvania, to Alison’s dorm room at Oberlin College, and her drawing studio as a flourishing chronicler of lesbian lives.

At each step of her journey, she’s represented onstage: as a precocious prepubescent artist, Small Alison (Alessandra Baldacchino); as a shy, but endearing baby dyke at college, Medium Alison (Abby Corrigan); and, as the wistful, keenly aware adult Alison (Kate Shindle). At each age, she must grapple with her sometimes overwhelming need to win the approval of her severely repressed yet open and loving dad, Bruce (Robert Petkoff). With her equally (but differently) repressed mom, Helen (Susan Moniz), she forges a more uneasy connection.

Of Bruce’s double life, Small Alison and her younger brothers, Christian (Pierson Salvador) and John (Lennon Nate Hammond) are blissfully unaware, despite witnessing Bruce’s many friendships with good-looking young men and teens around town (all played, in various guises, by Robert Hager). It’s only when she’s dealing with her own sexual confusion, and a prospective girlfriend (Karen Eilbacher), that Alison learns her father’s secret. The revelation alters her perception of her family’s entire life up to that moment, an awakening summed up in one haunting refrain: “When the sunlight hits the parlor wall….”

The music is expressive throughout, but it’s not always matched in its transporting quality by the conversational style of the lyrics. Fun Home isn’t a show for traditionalist fans of discretely structured songs. And, as adult Alison, Shindle, a former Miss America, is a credible actress, with snappy comic delivery. But she’s not the strongest singer ever to wear that pageant’s crown. Corrigan, as Medium Alison, slays every moment, inhabiting the character distinctly, from her lustrous voice to her smallest gesture. 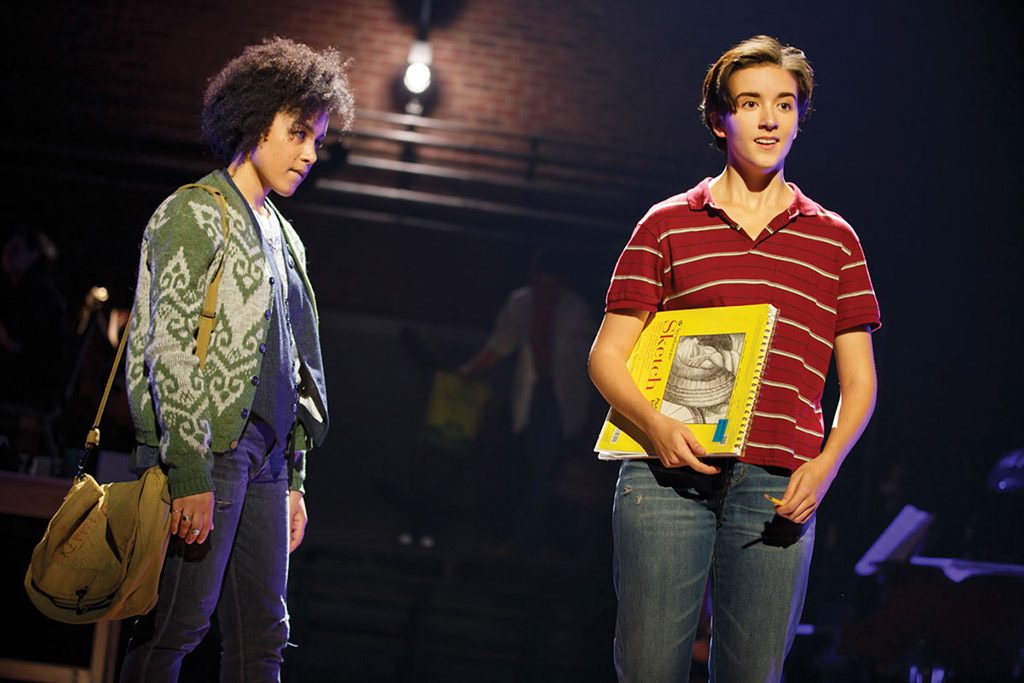 As college freshman Alison begins to truly understand her dad, it’s somewhat disappointing that the show doesn’t explore how her knowledge of the truth might ripple through her relationships with her younger brothers. It would be a welcome payoff to the great rapport established early on between Baldacchino’s Small Alison and her siblings. Both boys are featured prominently and adorably in the first act, but their third of the family disappears in the show’s second half, where the corrosive dynamic between parents Bruce and Helen reaches its boiling point.

As Bruce, Petkoff masters the brittle funeral home director’s testy dance between joviality and frailty, one minute playing with his kids, the next seducing an ex-student upstairs while the kids watch TV in the parlor. Petkoff and Moniz build in surging waves to the raw emotion that finally punctures the Bechdel’s aura of WASP-ish reserve, Moniz particularly so with Helen’s aching ode, “Days and Days.”

By the time Bruce’s secret is out, it’s too late for a loving embrace to prevent the fateful decision that winds up devastating them all. It’s up to Alison to at least try to make sense of their collective past. As she watches herself watching herself figure out the world, Fun Home manifests the wisdom that at any given moment, every version and age of the girl and the woman bears witness to the events that will shape her future. Like any of us, she’s traveling the constant journey of becoming herself. It’s a journey full of fun and sadness, rendered with touching depth and clarity.

André Hereford covers arts and entertainment for Metro Weekly. He can be reached at ahereford@metroweekly.com. Follow him on Twitter at @here4andre.
← Previous Story Olney’s “The Magic Play” (Review): Slick entertainment and heartfelt storytelling
Next Story → Spanish Revolution: “In the Heights” at GALA Theatre