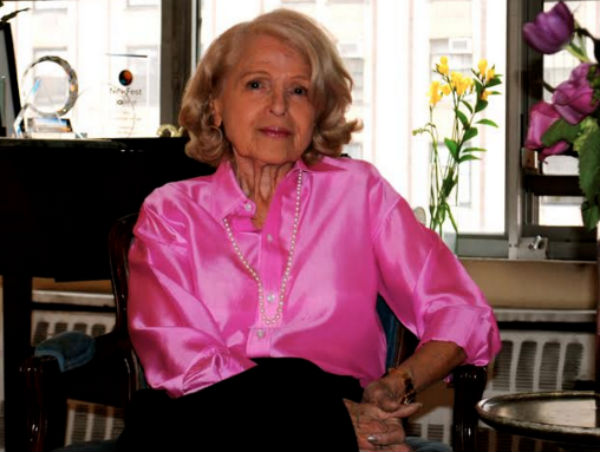 Edith “Edie” Windsor, the woman behind the lawsuit that brought down the anti-gay Defense of Marriage Act, will serve as grand marshal of the 2017 Capital Pride Parade on Saturday, June 10.

“Commitment and marriage are great joys that deserve to be shared by everyone! For me, being a Grand Marshal at the Pride Parade in the nation’s capital, where the Supreme Court ruled in favor of marriage equality, moves me greatly,” Windsor said in a statement. “But there’s no time to slow down. We must forge ahead.”

As grand marshal, Windsor will ride in the parade and appear at Capital Pride’s “Crack of Noon” Pride Brunch, which takes place prior to the parade.

In 2007, Windsor married Thea Spyer, her fiancé and partner of 40 years, in Canada because same-sex marriage was not legal in New York.

In 2009, after Spyer died, the federal government hit Windsor with a large bill for estate taxes, saying she did not have the right to inherit directly from her wife without incurring financial penalties, as heterosexual couples do.

Windsor sued, and in 2013, the Supreme Court overturned Section 3 of the Defense of Marriage Act, which had prohibited the recognition of same-sex relationships.

Windsor’s involvement, and her place in LGBTQ history, dovetails nicely with the events occurring on Pride Weekend, including a planned march for LGBTQ rights on Washington, which has been scheduled to coincide with the Capital Pride Festival on Sunday, June 11.

“This year’s Pride theme is ‘Unapologetically Proud.’ The accomplishments for which we have fought so hard and struggled so long may now be in peril, and the LGBT communities across the nation are joining together with one another and with other civil rights communities to proclaim very clearly that the rights we’ve secured are here to stay. We will never turn back,” Bernie Delia, president of the Capital Pride Alliance Board, said in a statement.

“Edie Windsor represents the tenacity required to move forward, and her participation as a Parade Grand Marshal is uplifting and energizing.”