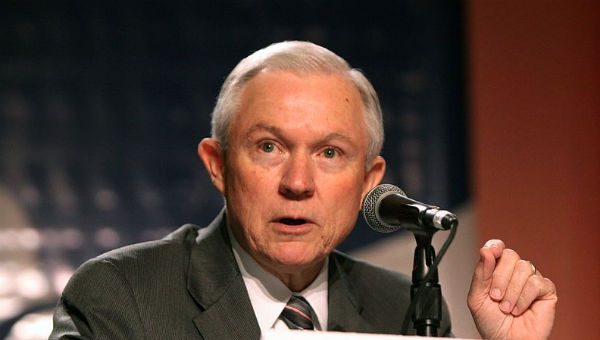 Trump’s DOJ, now under the control of anti-LGBTQ Jeff Sessions, argues that the lawsuit is no longer necessary due to a “repeal” of the law passed by North Carolina lawmakers a few weeks ago.

Republicans in North Carolina pushed through a bill that purported to repeal the anti-LGBTQ law, but actually left in place some of its worst provisions. Advocates say that it still leaves LGBTQ people vulnerable to discrimination.

“The Trump administration may want to use the fake repeal of HB 2 as an excuse to further turn their backs on the transgender community, but the rest of us aren’t going to give up that easily,” James Esseks, the director of the ACLU’s LGBT Project, said in a statement. “We’ll continue this fight as long as it takes to truly strike down this disastrous law for good.”

What’s most concerning to advocates is that the DOJ’s decision appears to be be following a pattern of behavior that appears hostile to LGBTQ people.

For instance, the Trump DOJ, along with the Department of Education, rescinded guidance from the Obama administration that urged schools to treat transgender students according to their gender identity.

The Trump administration has also rescinded President Obama’s Fair Pay and Safe Workplaces Executive Order, and declined to appeal a preliminary injunction preventing the Department of Health and Human Services from prohibiting discrimination against transgender people.

“Here is yet another instance of the Trump administration and Attorney General Jeff Sessions withdrawing the federal government’s support from transgender individuals, and they are using the fake repeal of HB 2 as cover,” Jon W. Davidson, the director of Lambda Legal, said in a statement. “Sadly, this was not unexpected, now that anti-transgender forces are in charge of the Departments of Justice and Education.

“Once again, the Trump administration continues to abandon transgender Americans.”