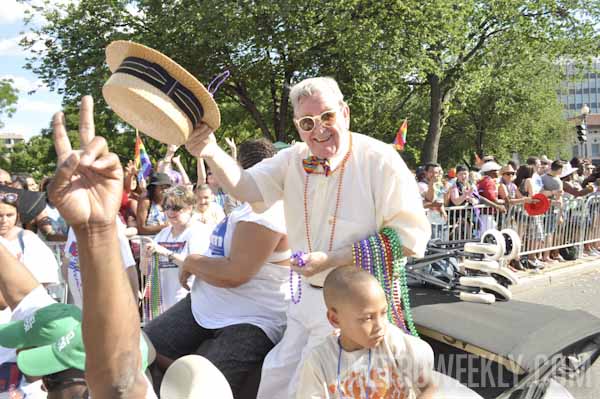 The body of former Ward 1 Councilmember Jim Graham will lie in state at the John A. Wilson Building from noon to 5 p.m. on Friday, June 23, according to a release from the Public Information Officer for the D.C. Council.

Graham, who died at age 71 on Sunday, June 11, served four consecutive terms on the Council from 1999 to 2015. Graham reportedly died after a struggle with C-Diff, a bacterial infection of the intestine.

A short memorial service program will begin at noon in the Wilson Building following the arrival of Graham’s remains. Elected officials, dignitaries, and special guests will deliver remarks at the service.

A funeral for Graham will be held the following day, on Saturday, June 24, at All Souls Unitarian Church, with a public viewing from 10 a.m. to noon, when religious services will begin. Following the funeral services, All Souls will offer mourners a light repast in the church’s multipurpose room.

Attendees of Friday and Saturday’s services are encouraged to wear bow ties, in honor of Graham, who rarely appeared in public without wearing his trademark accessory.

Graham was first elected to the D.C. Council in 1998, becoming — and remaining, to this day — the second out LGBTQ person to serve, where he was known as a champion for LGBTQ causes. He also served as executive director of Whitman-Walker Clinic during the height of the AIDS epidemic, and is remembered for his compassion for and determination to fight on behalf of those suffering from the virus.

“Jim had a strong commitment to the District that pre-dated his election to the Council,” Council President Phil Mendelson said in a statement. “He left our city a better place.”

John Riley is the local news reporter for Metro Weekly. He can be reached at jriley@metroweekly.com
← Previous Story Jim Graham to lie in state at Wilson Building on June 23
Next Story → Food & Friends receives $2 million gift from the Bresler family