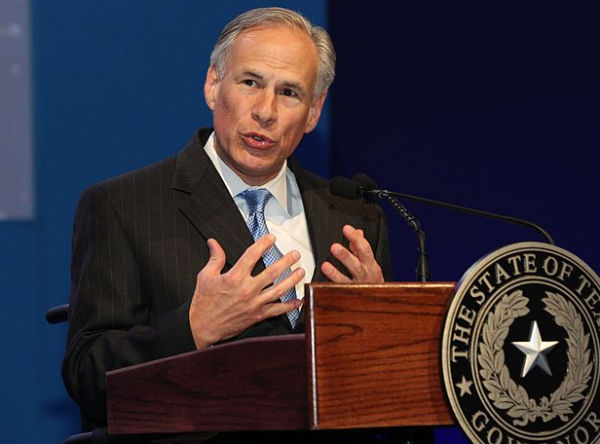 Abbott has largely sat on the sidelines during the regular session, while Lt. Gov. Dan Patrick, in his role as presiding officer of the Senate, has pushed for several bills that have been prioritized by conservative interest groups, reports the Austin-American Statesman.

Abbott’s justification for calling the special session, which will run for 30 days starting on July 18, was the failure of the House and Senate to agree on and pass a “sunset bill.” If the sunset bill is not passed, five state regulatory agencies, including the Texas Medical Board, would have to shutter their doors starting in September. But Abbott says that while lawmakers are in Austin at taxpayers’ expense, they might as well make the most of it.

“If I’m going to ask taxpayers to foot the bill for a special session, I intend to make it count,” said Abbott, referring to the nearly $1 million cost of calling a special session. Other bills on Abbott’s wish list for the special session include measures to make it easier to fire teachers, caps on state and local spending, a measure to reduce rising property taxes, prohibiting union dues from being deducted from people’s paychecks, cracking down on mail-in ballot fraud, and a new round of abortion restrictions.

But perhaps the most controversial measure that will be brought up in the special session is the passage of some sort of measure prohibiting transgender individuals from using facilities that match their gender identities.

“At a minimum, we need a law that protects the privacy of our children in our public schools,” Abbott said. However, he has personally stated support for a House bill that would have overturned school districts’ trans-inclusive policies and countywide or citywide nondiscrimination ordinances, as well as prevent localities from passing any LGBTQ-inclusive ordinances in the future. 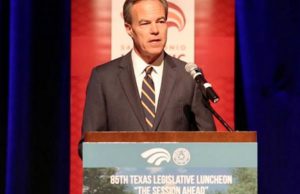 The scope of how harsh the restrictions on transgender people will be is the chief matter of contention in a showdown between Patrick and House Speaker Joe Straus, who has previously called sweeping bathroom legislation “manufactured” and “unnecessary.” Patrick and the Republican Senate caucus support their own version of a similar bill, SB 6, which would repeal require all transgender people to use facilities that match their biological sex at birth — with no exceptions. That bill would also take the hammer to local governments or school districts with pro-LGBTQ policies, and prohibit any additional attempts to extend protections to sexual or gender minorities.

In contrast, the House has passed a separate bill that only imposes restrictions on bathroom use in schools, as a matter of protecting children’s “privacy.” It also provides an alternative for those students who are transgender or “do not wish” to use public bathrooms by allowing them to use single-stall facilities such as a bathroom in a nurse’s office or a converted multi-user restroom that is no longer used by the wider student body.

LGBTQ advocates vented their spleen on Abbott following the announcement of the special session.

“On the heels of the recently-concluded 85th Legislative ‘Session of Oppression,’ during which Texas lawmakers passed egregious laws targeting LGBTQ people, women, and immigrants, it is extremely disappointing that Governor Greg Abbott is calling legislators back to pass an anti-transgender bathroom bill,” Chuck Smith, the CEO of Equality Texas, said in a statement.”

Referring to Abbott’s seeming acquiescence to Patrick’s priorities, Smith accused the governor of letting Patrick “set the agenda to push for a morally bankrupt, manufactured problem that will cause billions of dollars of damage to our economy.”

“The lieutenant governor and his longtime business partner Steven Hotze, whose group Conservative Republicans of Texas has been named a hate group by the Southern Poverty Law Center, have been pushing discrimination and hate of LGBTQ people as one of their primary objectives for years,” said Smith. “Lt. Gov. Patrick has spent most of 2016 and 2017 grandstanding on this issue, cynically expressing fake outrage and misrepresenting the facts to manipulate Texans into fear, simply because they have not had the chance to meet our fellow transgender Texans. These are traits unworthy of any person who holds public office.” 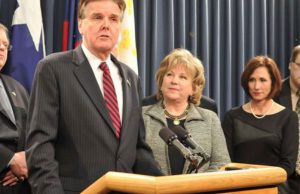 Lou Weaver, programs coordinator for Equality Texas, noted that the proposed bathroom bills would roll back policies, laws and “perfectly functioning social norms” that have allowed transgender people to use the bathroom of their gender identities for decades, without incident. Weaver accused Patrick of exploiting parents’ desire to protect their children to justify the push for the bill.

“These kinds of laws are unenforceable without massive police intrusion on privacy rights, and they create an expensive liability for businesses and educators,” Weaver said.

Lambda Legal issued a statement noting that it was expected Abbott would force a special legislative session. However, the organization also threatened legal action, saying that by passing any bathroom bill, Texas was “begging to be sued.”

“We ask the Texas Legislature not to compound the error with this unwarranted solution in search of a problem driven by Lt. Gov. Patrick’s mistaken, discriminatory belief that transgender schoolchildren pose some kind of danger to others,” said Jennifer Pizer, senior counsel and director of law and policy at Lambda Legal.

“Dozens of business leaders and sports organizations have called on legislators not to enact anti-LGBT legislation, pointing to the experience of North Carolina as a cautionary tale,” Pizer continued. “And, as we said before, if the legislature does force discrimination targeting transgender schoolchildren into Texas law, you can bet that Lambda Legal will be on the case before the next school bell rings.”

John Riley is the local news reporter for Metro Weekly. He can be reached at jriley@metroweekly.com
← Previous Story Anti-gay minister goes on trial for beating gay man in attempted exorcism
Next Story → Retired generals ask Mattis not to reinstate ban on transgender troops