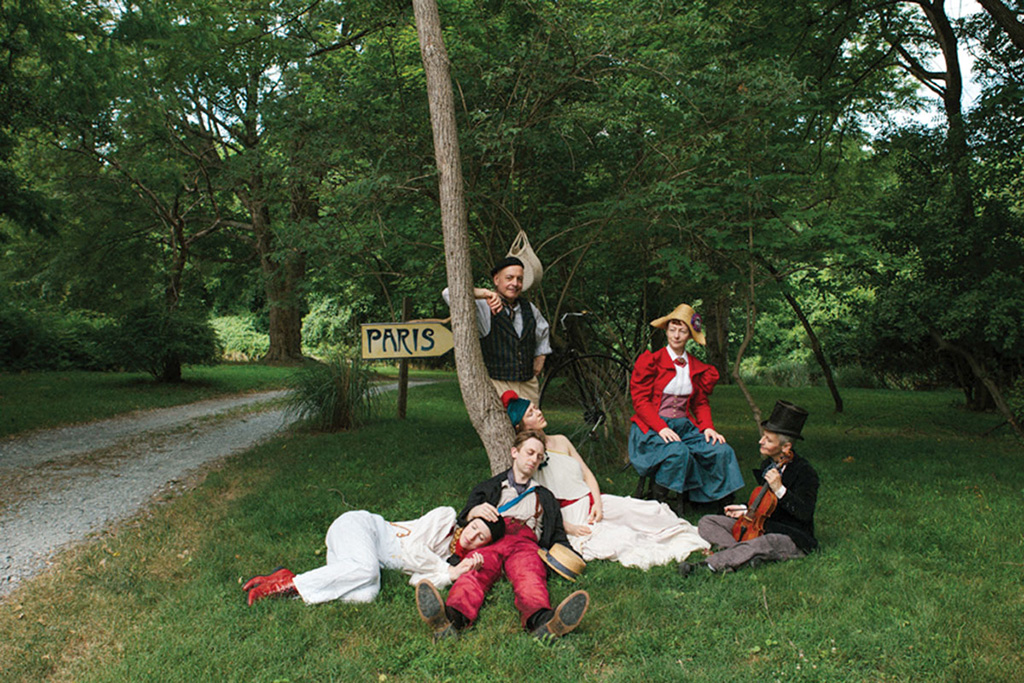 “We are so not part of the conventional theater world that it’s just surprising to be acknowledged within that context,” Mandell says. “It felt very unexpected.”

The company is a leader in the growing field of “devised theater,” a collaborative process in which all members of a troupe contribute at every level, from concept to writing to directing to acting. “We can’t do any of it without all of us,” says Mandell.

Happenstance’s latest show, Bon Voyage, follows a ragtag group of “six dreamers who meet on the road to Paris at the end of the 19th century.” Initially, the show was shaping up to be little more than a “summer show for families.” But it quickly altered course.

“It was hard to imagine doing a show these days that was just fluffy and light entertainment without some kind of acknowledgement of the state of the world,” says Mandell. So in came the character of Marianne, “the Goddess spirit of France and liberty,” who shares ideas about democracy, humanity, and civility.

The play opens on Bastille Day, the French equivalent of America’s 4th of July, although it wasn’t planned that way. Mandell says it was just the type of coincidence that inspired the company’s name in the first place.

“It was happenstance! Isn’t that crazy?”