Under the terms of the deal, James Pennington won't serve jail time for botched confirmation surgery 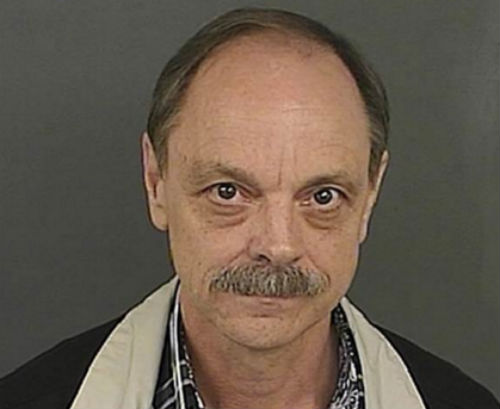 An airplane pilot who was arrested for performing a gender confirmation surgery on a transgender woman in Denver has agreed to plead guilty to a misdemeanor, in exchange for having an assault charge against him dropped.

James Pennington, a 57-year-old pilot based out of Chicago, pleaded guilty on Monday to practicing medicine without a license as part of that deal, reports The Denver Post.

As part of that deal, Pennington faces a sentence of two years court supervision, but won’t serve any jail time, reports Chicago’s WLS-TV. His sentencing hearing will be held on Aug. 21.

According to prosecutors, Pennington went to the woman’s apartment at her request on May 17. After performing the procedure, he sutured the incision and told her to dial 911 if complications arose.

But when the woman’s wife changed the dressing, a large amount of blood poured from the incision, so she called 911. Paramedics contacted the police and transported the woman to Aurora Medical Center.

Despite the complications arising from the procedure, the woman has asked for leniency when it comes to prosecuting Pennington. She says Pennington was simply adhering to her request, placing the blame on the obstacles that prevented her from being able to obtain and pay for her transition-related care.

“I am one of many victims of a society and healthcare system which focuses on trying to bully and discourage transgender people into the shadows instead of realizing that we are here, we are real, and we deserve and absolutely need these medical resources,” the victim wrote in a letter to prosecutors. “Until this system is fixed and transgender people are encouraged and able to get the care we need, there will always be cases like me.”

Pennington, a pilot for ExpressJet Airlines, was placed on administrative leave following his arrest. A spokesman for ExpressJet said he remains on leave status.

Trans woman does not want surgeon charged for botched surgery

John Riley is the local news reporter for Metro Weekly. He can be reached at jriley@metroweekly.com
← Previous Story New bill in Congress would clarify limits on RFRA’s religious protections
Next Story → Washington florist who refused service to gays appeals to Supreme Court