Acceptance of LGBTQ rights has increased among all Muslim subgroups, as it has among Americans overall

By John Riley on August 2, 2017 @JohnAndresRiley 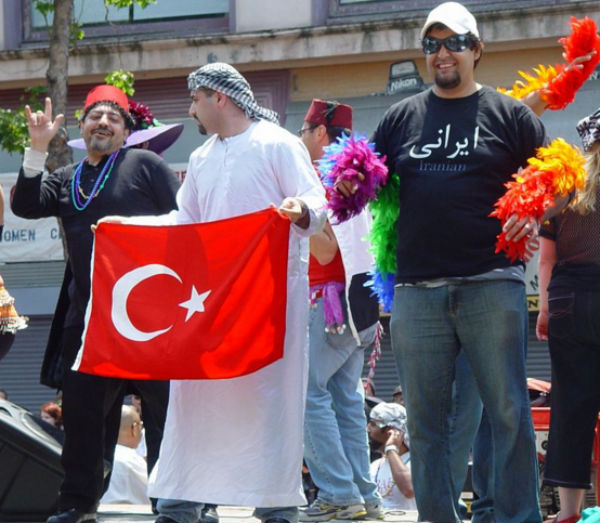 A majority of American Muslims believe homosexuality should be accepted by society, making the group significantly more accepting than white evangelical Christians.

A recent survey by Pew Research Center finds that while homophobia still exists in Muslim communities — particularly among older generations — the overall trend in those communities is moving towards acceptance, as it is with the general American population.

Instead, the most resistance to accepting LGBTQ people is still found among white evangelical Christians, only 34 percent of whom believe homosexuality should be tolerated by society.

Although more evangelicals have become more accepting of homosexuality than a decade ago, according to Pew, the rate at which their views are shifting lags behind other groups. Over the same period of time, Muslims’ acceptance of homosexuality increased by 25 percentage points.

Smaller shifts in favor have occurred among other ages, as well as among men and foreign-born Muslims, even though majorities of those subgroups still believe it should not be accepted.

Urooj Arshad, of the Muslim Alliance for Sexual and Gender Diversity, hypothesizes that Muslims’ increase in support for the LGBTQ community may be tied to the discrimination that both groups have faced from the larger society.

“Since September 11, the Muslim community has been dealing with severe erosion of their civil rights which has made the community more sympathetic to violations of civil rights against other marginalized communities in the U.S.,” Arshad told The Huffington Post.

Comparatively, white evangelicals’ views on homosexuality do not mirror those of the larger public. A survey performed earlier this year by the Public Religion Research Institute found that white evangelical Protestants are the only religious subgroup to favor allowing small business owners to actively discriminate against LGBTQ people by refusing to provide goods or services to them. Only one-third of evangelicals support same-sex marriage, and only 43 percent believe that gay and lesbian Americans face discrimination in the United States.

In recent years, the center-right has sought to use LGBTQ rights as a wedge issue in order to garner support for more restrictive measures against Muslims.

Last year, following the massacre at Orlando’s Pulse nightclub, Donald Trump and his supporters sought to portray Trump as an ally who was willing to protect LGBTQ people from a radical Muslim ideology that advocates killing as a punishment for homosexuality.