If five years ago you were swept up in the pomp and emotion of LCD Soundsystem’s melodramatic farewell tour, their sudden return might have felt a little… cheap. Even amid the breakneck pace of 2017’s news cycle, this was a pretty short turnaround between disappearing forever and coming back for a reunion. If James Murphy is to be believed, however, it was a nudge from none other than the late David Bowie that finally convinced him to bring the band back together. And in fairness to Murphy, if the Starman gives you advice, you listen.

It’s also somewhat appropriate for a band whose mission statement up until now might roughly be summed up as, “What would Bowie do?” LCD’s sound has always owed much to James Murphy’s neurotic obsession with post-punk, and American Dream (★★★★½) is no different, heavy with nods and callbacks to Talking Heads and Bowie’s Scary Monsters. By now, they have enough material to riff off themselves too, as they do with the synth opener to “Oh Baby,” an unmistakable callback to “Dance Yrself Clean.”

The album gets off to a safe start, leading with two decent tracks that bring LCD’s characteristic marriage of post-punk, dance music and art rock. Murphy’s personality comes through consistently in his lyrics, keeping the album accessible and somewhat lighthearted. They may be sardonic and flippant, but Murphy lets us in on the joke, careful not to take himself too seriously. “I have a penny for your thoughts/if you could keep them to yourself,” he sings on “Change Yr Mind.” Even in its sombre moments, the album remains playful. Halfway through “Tonite,” Murphy pauses for a deadpan moment of realization: “Oh God,” he intones, “I’ve become my mother.”

American Dream picks up some steam in its second half with an energy that calls back to the pre-“Dance Yrself Clean” years. “How Do You Sleep?” marks the transition from the relatively tame first half into a more energetic and ultimately more satisfying second. “Tonite” and “American Dream” are gleefully dark and full of tongue-in-cheek angst. In the end, the album shrugs off some some of this energy in the service of an intense, expansive 12-minute closer “Black Screen,” a slow, meditative, and deeply satisfying come-down from the highs of the album’s latter portion.

American Dream lands somewhere between the emotive power of This is Happening and the more esoteric depths of classic LCD Soundsystem. One of LCD’s great strengths has been its ability to kept one foot in 1970s Berlin, reshaping its sound and repackaging it with a more contemporary sensibility and Murphy’s infectious personality. Judged against this standard, American Dream succeeds. It is a fulfilling, occasionally compelling crowd-pleaser that should satisfy most stalwart fans, even the ones who might still be a little crusty about their reunion. 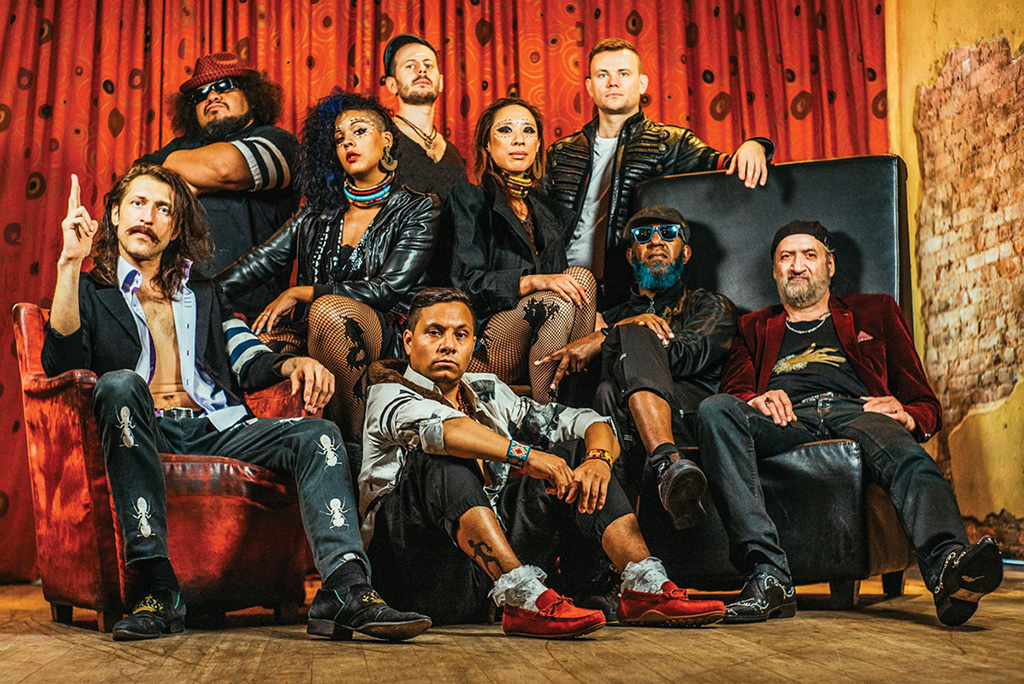 Gogol Bordello was born to tour. Nobody puts on a live show quite like the famously manic, self-styled “Gypsy punk” band, the brainchild of the flamboyant Eugene Hütz. While they have turned out some fun singles and solid records, any fan who has seen them live will attest their concerts are a spectacle worth seeing at least once. With Seekers and Finders (★★★★), they have sought to replicate the energy of their live performance. The result? A record that sounds like Gogol Bordello in its purest form.

Translating such a frantic and chaotic live show cannot have been a small task, but they have pulled it off beautifully. Thematically, they are in familiar territory with songs about a transient existence that alternates between wistful, celebratory, and defiant. On a stunning title track, Regina Spektor joins Hütz for some stellar backing vocals on a rollicking track that flawlessly marries Americana with Hungariana. Compulsive borrowers as ever, Gogol find many styles and genres to play with over a 39-minute runtime, from the furious violin punk of “Saboteur Blues” to the raw country closer “Still That Way.”

When various folk and folk-adjacent traditions are put in a blender, the resulting product can come out sounding like some vague approximation of “world” folk, its only distinguishing feature being that it sounds like it came from somewhere else. Not so with Gogol Bordello. Their characteristic blending of Central and Eastern European with Latin American traditions, frenetic as it is, comes out seamlessly.

Gogol Bordello seems to understand intuitively that there is a certain power in a fierce, celebratory and outward looking sound. After all, this is a thoroughly cosmopolitan band that boasts members from Ukraine, Russia, Ecuador, Ethiopia and Belarus, and whose song “Immigrant Punk” provided them with a highly appropriate descriptor.

Against the political and cultural moment Gogol Bordello have found themselves in, “Clearvoyance,” Hütz’s number about an immigrant living his life outside legal and social structures is more than a song — it’s an ethos.

American Dream and Seekers and Finders are available now for purchase via Amazon.com and iTunes, and through streaming services.