Review: “The Price” at Arena Stage

Arhur Miller's "The Price" is the stuff of playwriting dreams

Anyone who still misses the now-defunct The American Century Theater, the local company that specialized in plays from America’s twentieth century, should make a beeline to Arena’s production of Arthur Miller’s The Price (★★★★). It is, quite simply, the stuff of mid-century playwriting dreams.

Starting with a bare-bones premise — the need to sell an attic’s worth of family furniture — Miller patiently and ever-so-artfully unravels a family’s uncomfortable truths. There are none of the shockers so often at the heart of today’s plays, no villains, no heroes. Instead there is a subtle journey into the truths disguised within the warp and weft of family life. It is a contemplation of the motives, delusions, selfish and selfless acts in which we all — to one extent or another — partake.

Although his character all but disappears in the second act, there is no doubt that Hal Linden, in the role of the ancient Jewish furniture broker, Gregory Solomon, is reason alone to see this production. If this is a character we think we know, Linden shows us otherwise. Beautifully crafted, Solomon is funny, ambivalent and gorgeously textured. There are so few actors who can fill a single line with Linden’s depth. Take the moment he is shooed from the main attic room by the highly-strung family. His simple line, quickly offered as he hesitates to leave, “You are good people,” is delivered with masterful complexity. He is bestowing judgment even as he struggles for his pride and his relevance.

So fabulous is Linden and his entertaining Solomon, he becomes quite conspicuous by his absence when Miller turns his full attention to the family drama. Why exactly Miller developed such an interesting character only to relegate him to the shadows — at least until the very end — is something of a mystery. That said, taken as the reluctant unfolding that it is, the family drama certainly stands alone.

At the center is the put-upon Victor Franz, a man trying to stand his ground against the world’s expectations and his own self-doubt. Bringing a skillful mix of confidence and agitation, Maboud Ebrahimzadeh is memorably compelling as this husband and troubled younger brother. He very much gets Miller’s syncopation and his rhythms of expression, even if he slightly gilds the lily with too much gesturing as the drama mounts.

Interestingly, Franz’ wife Esther is something of a dark horse. If Miller gives her a smaller role, it is more complex than at first it appears. Esther may want a comfortable life, but she is an intelligent, often perceptive presence and Pearl Sun raises all sides of this woman with much credibility. As the older, successful brother Walter Franz, Rafael Untalan offers a somewhat affected style, but it works very well in Miller’s context. Director Seema Sueko keeps the drama close in time to the late sixties when it was written, and the veneer Untalan gives his doctor has a certain period authenticity. Indeed, a great deal of the charm in this production is the choice to keep it old-school in concept and design.

But truth be told, you could set Miller on the Moon in 2030. His exploration into the mysteries of why we do what we do as kith and kin will always endure.

The Price at Arena Stage 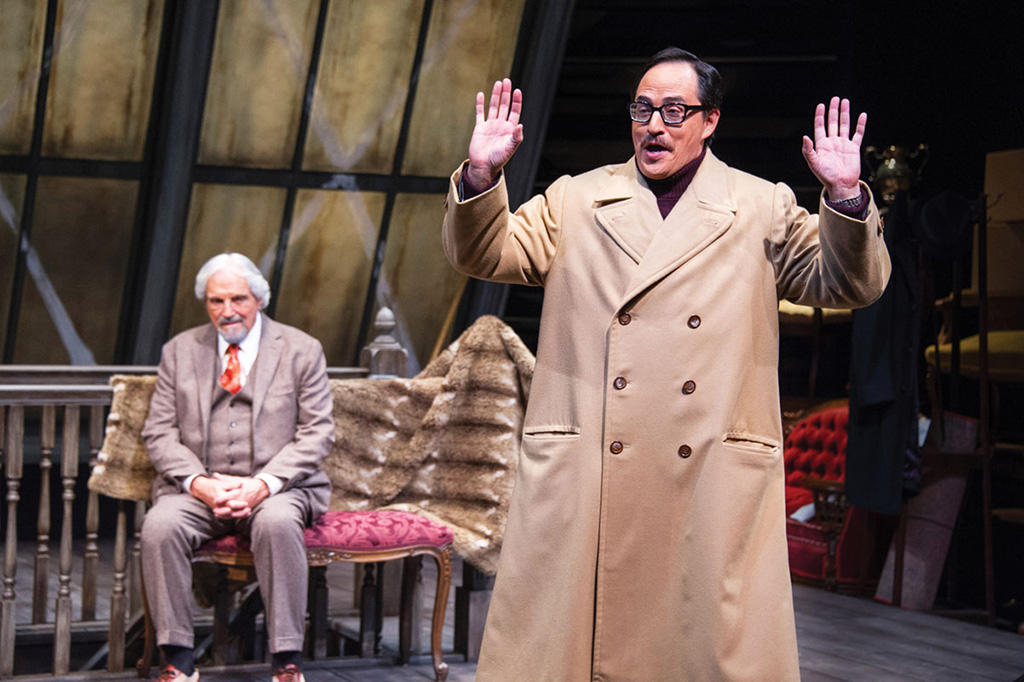