In Avant Bard's Emilie, a trailblazing scientist leaves her mark

In the lobby of the Gunston Arts Center, currently home to Avant Bard’s new production of Lauren Gunderson’s Emilie: La Marquise du Châtelet Defends Her Life Tonight (★★★), there sits a science project. A simple set-up, including a tub of clay and some round metal bearings, recreates an experiment that the actual Émilie du Châtelet adapted in the early 18th-century to demonstrate her theory of kinetic energy. Her concepts radically challenged Newton’s laws, and the world’s rules about women in science.

A genius scientist, mathematician and philosopher, du Châtelet published work that changed the equation describing one of the fundamental laws of physics. And that mock-up experiment in the theater lobby lends weight, literally and substantively, to an understanding of du Châtelet’s most famous contribution to science, which is less conveyed by Gunderson’s spirited drama.

Contrary to the title, the Marquise does not defend her life, as a scientist might, so much as she narrates it, like an author. It’s the literary side of du Châtelet, also an accomplished writer and translator of scientific texts, that feels squarely presented by the play, by director Rick Hammerly’s droll interpretation, and in the performance of Sara Barker, as the unapologetic renegade noblewoman, who happened to be the longtime lover of another renegade French author and philosopher, Voltaire (Brit Herring).

The two iconoclasts’ relationship, both a romantic and collaborative liaison, was an open secret among those in their society circle, including Emilie’s broad-minded husband (Steve Lebens). Emilie and Voltaire’s competitive gender dynamic drives the plot, and generates not only the production’s standout performance in Herring’s delicious turn as Emilie’s preening, petulant paramour, Voltaire, but it provides the story’s most compelling connection to the now.

In public, famed thinker Voltaire will only begrudgingly, or in passing, acknowledge this brilliant woman as his equal. So he assumes she’ll be thrilled by his invitation to co-submit an essay, on the nature and propagation of fire, for a prize from the science Academy in Paris. After all, no woman prior had her work recognized or published by the Academy. As far as Voltaire is concerned, Emilie should feel fortunate to have her scientific credibility validated by an association with a man so esteemed and well-known as him.

Emilie is most searing when relaying the Marquise’s righteous anger that such learned and supposedly wise men as her fellow scientists might be almost incapable of taking her work seriously merely because of her sex. Gunderson very pointedly identifies how even great thinkers might default to sexism, or other forms of ignorance, simply because it’s easier to accept orthodoxy than to risk altering one’s point of view.

Barker, costumed as a fairly modern woman in clothes that reference Enlightenment Era garments, persuasively transmits the will and intelligence of a passionate talent chafing under societal restraints. She and Herring produce a fiery rapport in the lovers’ scenes of discord. However, when it comes to landing jokes and zingers, of which there are plenty, her delivery doesn’t quite capture the tart energy of Gunderson’s snappy dialogue.

Herring, as self-proclaimed celebrity Voltaire, more assuredly carries the comedy and robust carnality, abetted by a fleet-footed supporting cast, in various roles — Lebens, Lisa Hodsoll, and Billie Krishawn, all adorned in the powdered faces and plump wigs of 18th-century commedia players. Krishawn, particularly, brings exquisite timing and physicality to her role as Soubrette, a stand-in for the Marquise herself within the enlightening, and occasionally bawdy, anecdotes of her life that Emilie narrates to her audience.

The Marquise presents her case through the fourth wall, with Barker ranging like a panther around set designer Greg Stevens’s sparse stage, addressing each side of the house directly. Although a clever reference to the scientific matters considered in the play, the constant motion of Barker tracking from side to side paradoxically dissipates the character’s energy and her connection to the action. So too does the play’s focus seem to dissipate and drift in its final act, the affairs of the Marquise du Châtelet culminating in more of a sharp whimper than a profound bang. 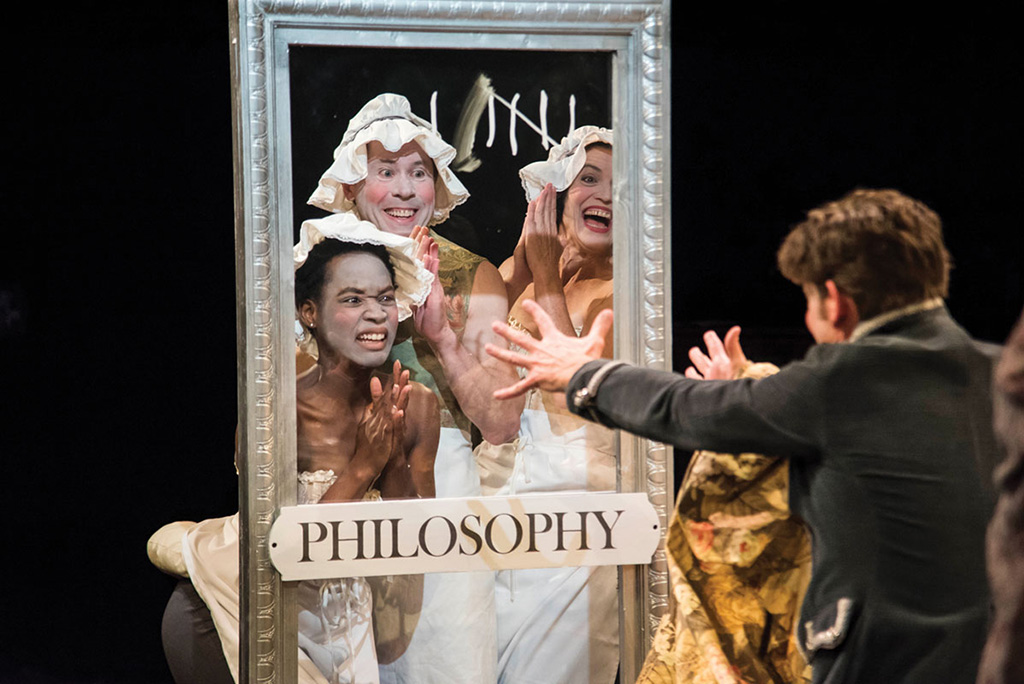 A new play explores the relationship between George Washington and the enslaved man William "Billy" Lee. 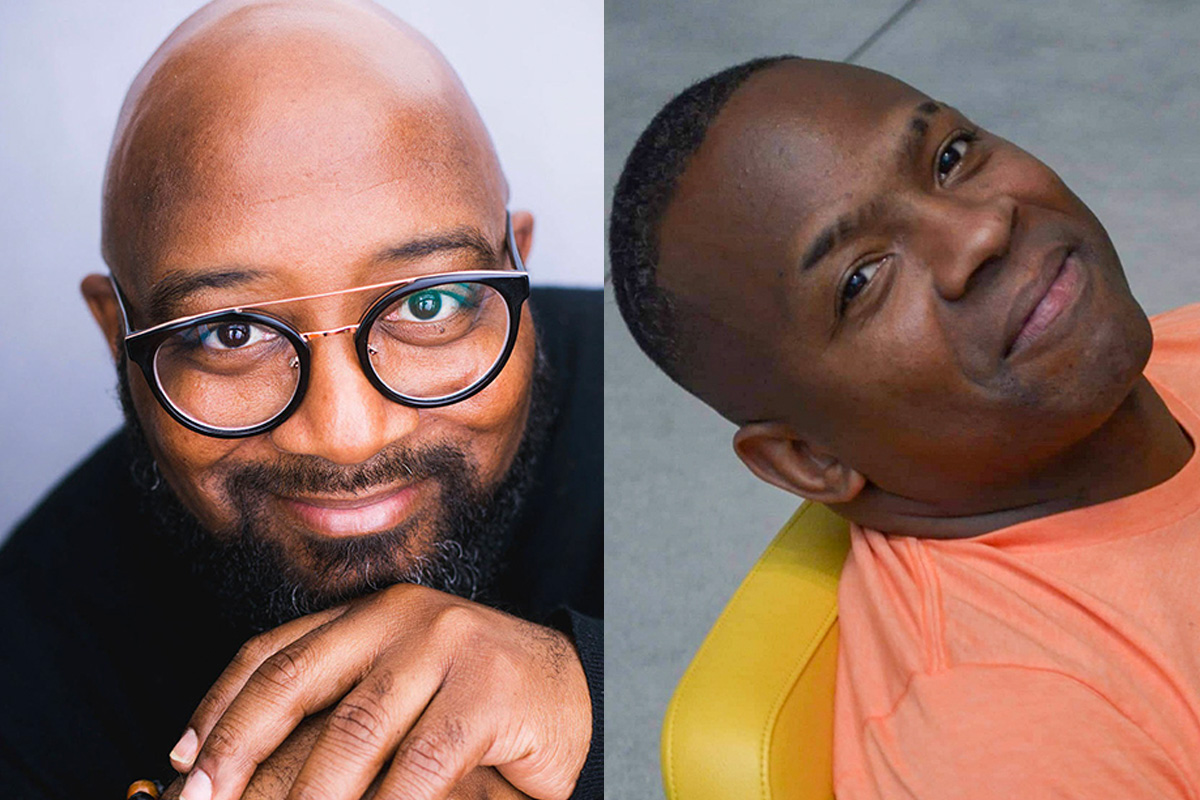 Mere hours before leading the Continental Army in the 1776 Christmas Day defeat of Hessian soldiers in Trenton, New Jersey, General George Washington is discussing and arguing concepts of freedom, war, and love with his closest companion, the enslaved man William "Billy" Lee.

A new play by Ken Jones and Daryl L. Harris, both theater professors at Northern Kentucky University, Billy & George focuses on the relationship between the two titular men, and in so doing puts a rare spotlight on Lee, the unexpected confidante who influenced Washington's perspective on peace, freedom, and independence. The play is now gearing up for its world-premiere at Avant Bard Theatre.