By John Riley on November 28, 2017 @JohnAndresRiley 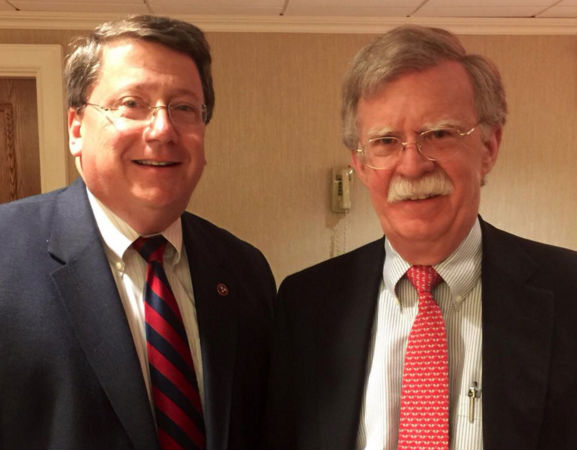 On Tuesday, the NAACP Legal Defense and Educational Fund sent a letter to members of the Senate Judiciary Committee asking them not to confirm Tennessee State Sen. Mark Norris as a federal judge for the Western District of Tennessee, calling his record on civil rights “appalling.”

Norris is one of several judicial nominees tapped by President Donald Trump for various posts, all of whom have come under scrutiny from civil rights groups.

As Majority Leader of the Tennessee Senate, Norris set about deliberately trying to undermine civil rights protections and laws in the Volunteer State, watchdogs allege.

In its letter, LDF notes Norris’ support for a strict voter ID law, as well as for a failed provision in the bill that would have required people provide proof of citizenship before being allowed to vote. He has also come under fire for pushing legislation that purportedly increased segregation in Tennessee public schools, has equated refugees to terrorists, and has fear-mongered over the (false) assertion that “Sharia law” is taking root in Tennessee.

On LGBTQ issues, Norris was instrumental in pushing through a bill allowing therapists and mental health counselors to discriminate against LGBTQ patients by refusing to treat them.

This past legislative session, he sponsored a bill to prohibit cities from taking any action against companies that refuse to hire LGBTQ people.

Norris has also been a longtime opponent of marriage equality, refusing recognition to same-sex marriages or civil unions performed legally in other states prior to the Supreme Court’s Obergefell decision. After that decision was handed down, he supported legislation to bar courts from interpreting the words “husband” or “wife” to mean “spouse,” in a backdoor attempt to deny same-sex couples the various legal rights that come with marriage.

Both LDF and the Leadership Conference on Civil and Human Rights have spent an extensive amount of time delving into the records of Trump’s judicial nominees, arguing that the president is trying to stack the courts with conservative justices who will undermine rule of law — including one who has been rated unanimously “not qualified” by the nonpartisan American Bar Association.

“[T]he most common characteristic shared among Trump’s nominees — and disturbingly what appears to be most valued by this White House — is a demonstrated hostility to civil rights and the principles of equality enshrined in anti-discrimination laws and in the Constitution’s guarantee of equal protection,” LDF President and Director Counsel Sherrilyn Ifill wrote in the letter to the Judiciary Committee. “Mark Norris embodies that troubling quality.

“Norris’s long anti-civil rights record reveals bias and a lack of judicial temperament that render him unfit to serve as a federal judge. No litigant with a civil rights claim before Norris would believe that he could provide an impartial hearing and fairly adjudicate claims involving the nation’s civil rights laws,” Ifill concluded. “Confirming Norris would thus undermine the rule of law and erode the very legitimacy of the judiciary.”

John Riley is the local news reporter for Metro Weekly. He can be reached at jriley@metroweekly.com
← Previous Story Performer declines gay adult film award due to industry’s “racism and bigotry”
Next Story → WATCH: Indiana congressional candidate touts support for marriage equality in ad