Aisha Moodie-Mills stepping down as head of Victory Fund

By John Riley on December 8, 2017 @JohnAndresRiley 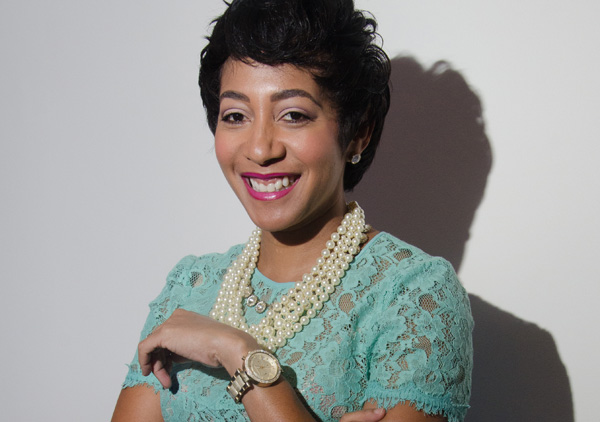 Aisha Moodie-Mills has announced she will be stepping down as president and CEO of Victory Fund and Victory Institute, a position she has held for the past two-and-a-half years.

Replacing Moodie-Mills will be former Houston Mayor Annise Parker, the first out LGBTQ person to be elected as mayor of a top-ten U.S. city.

Moodie-Mills made the announcement at the breakfast plenary of the International LGBTQ Leaders Conference, hosted by the Victory Institute, at the Washington Hilton on Friday morning.

“I have had the pleasure to work closely with Annise during my tenure. There is no other person I would trust with the legacy of Victory than her,” Moodie-Mills said.

Victory Board Chair Kim Hoover praised Moodie-Mills’ tenure at the organization, which is dedicated to electing out LGBTQ people to various levels of elective office. Hoover also expressed confidence that Parker would be able to build on the progress made under Moodie-Mills’ watch.

“As the first openly LGBTQ mayor of Houston, Annise understand the challenges inherent in running and winning elected office, and she’s ideally positioned to help us fulfill our mission now and in the future,” she said in a statement.

Moodie-Mills did not specifically elaborate on what her future plans were, but did say she would be recommitting herself to fighting back against right-wing efforts to reverse the progressive gains made on a host of different policy issues in recent years.

“[I]t is my calling to be on the front lines, not just for the LGBT community, but for all of us who believe in the founding principles of our democracy.”

Recalling her horror at seeing the violence that broke out in Charlottesville between young men marching as part of the “Unite the Right” rally and progressive counter-protesters, Moodie-Mills said she never thought she’d see the day when torch-wielding mobs, similar to those that harassed and tormented her grandparents and other African-Americans during the days of Jim Crow, were marching boldly and unashamedly down the streets of an American city.

She was additionally disappointed by how young many of the protesters affiliated with the “alt-right” and Neo-Nazi movements were, as their involvement proved that the forces of racism, bigotry, and anti-LGBTQ sentiment would not necessarily die out with younger generations. That realization helped solidify her decision to move on from her current position.

“There comes a time in everyone’s life, career, when they are forced to choose a different path, and in these critical times, I must choose mine,” she said. “And that is to take on the battle that the far right is waging, to turn back the clock on progress and repeal the 21st century.”

Moodie-Mills urged those present at the conference, including several prospective candidates for elective office, to use their talents and abilities to continue the fight for greater equality and to push back against the attempted erosion of LGBTQ rights.

“We have a great deal of work ahead of us,” Moodie-Mills said, referencing the 2018 elections. “There will be days where we don’t want to turn on the TV or Twitter for fear that, with each tweet and lie, we will lose our sanity. But it is in the midst of these moments of darkness where we really understand the power of light.

“Our truth, and our integrity, to never leave one member of our community behind, to stand tall in our convictions, and to charge ahead in building an America we can be proud of is the light. It is the best disinfectant to the disease of hatred that is spreading across this nation,” she added. “We can and will stop the forces of evil that are at play, because history has provided us with their playbook, and all we need to do is act.

“This is not a goodbye or a ‘see you later.’ You can count on me to meet you in the trenches, as we work collaboratively across our skill sets and talents to chart a course for this country that our children and grandchildren can be proud of,” Moodie-Mills concluded. “As Margaret Mead once said, ‘Never doubt that a small group of thoughtful, committed citizens can change the world. Indeed, it is the only thing that ever has.'”