By John Riley on January 16, 2018 @JohnAndresRiley 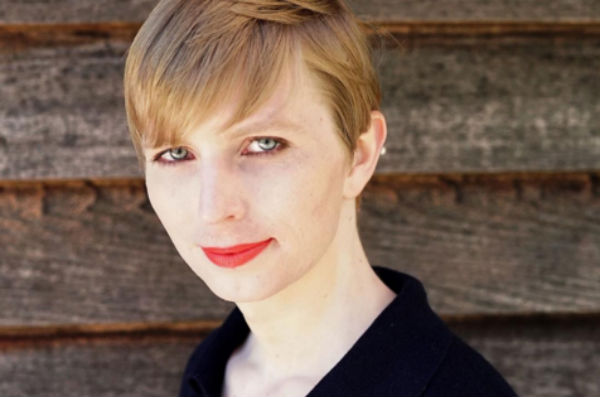 Chelsea Manning, a transgender activist and the former soldier behind one of the largest leaks of classified military information, has released her first campaign ad as she seeks the Democratic nomination for Maryland’s U.S. Senate seat.

“We live in trying times,” Manning says in the ad, which features footage of clashes between white supremacists and counter-protesters in Charlottesville, Va. last summer, as well as clashes between police and various protesters. “Times of fear, of suppression, of hate.”

“We don’t need more or better leaders,” she continues, amid video of various congressional lawmakers and Donald Trump. “We need someone willing to fight. They won’t support us. They won’t compromise. We need to stop expecting that our systems will somehow fix themselves. We need to actually take the reins of power from them. We need to challenge this at every level. We need to fix this. We don’t need them anymore. We can do better.

“You’re damn right we got this,” she concludes, ending with a splash screen of her name and her hashtag #WeGotThis.

Manning also put out a request for campaign contributions via Twitter.

The controversial activist will face incumbent U.S. Sen. Ben Cardin in the Democratic primary. If elected, she would become the first out transgender member of Congress.

Manning previously became the darling of the anti-war left after she was sentenced to 35 years in prison for releasing more than 700,000 government files containing sensitive information about the civilian casualties of military actions abroad to Wikileaks.

Ironically, while Manning seems to be positioning herself against Trump, the site to which she sent videos, diplomatic cables, and other correspondence, Wikileaks, allegedly corresponded with Donald Trump, Jr. during the 2016 presidential campaign. The site also posted hacked emails from the Democratic National Committee designed to tarnish then-Democratic nominee Hillary Clinton.

Manning and her lawyers attempted to portray her as a whistle-blower, and objected to her prosecution under the Espionage Act, claiming it violated the Constitution because it results in prosecution where a court gives no consideration to the public interest, and allows the government to selectively prosecute disfavored or unpopular speakers.

Manning, who went on a hunger strike to protest the denial of hormone therapy and the ability to grow out her hair as part of her treatment for gender dysphoria, and allegedly attempted suicide while in prison, eventually had her sentenced commuted to seven years by former President Barack Obama. She was released from prison in 2017, and has since become a prominent LGBTQ rights activist.