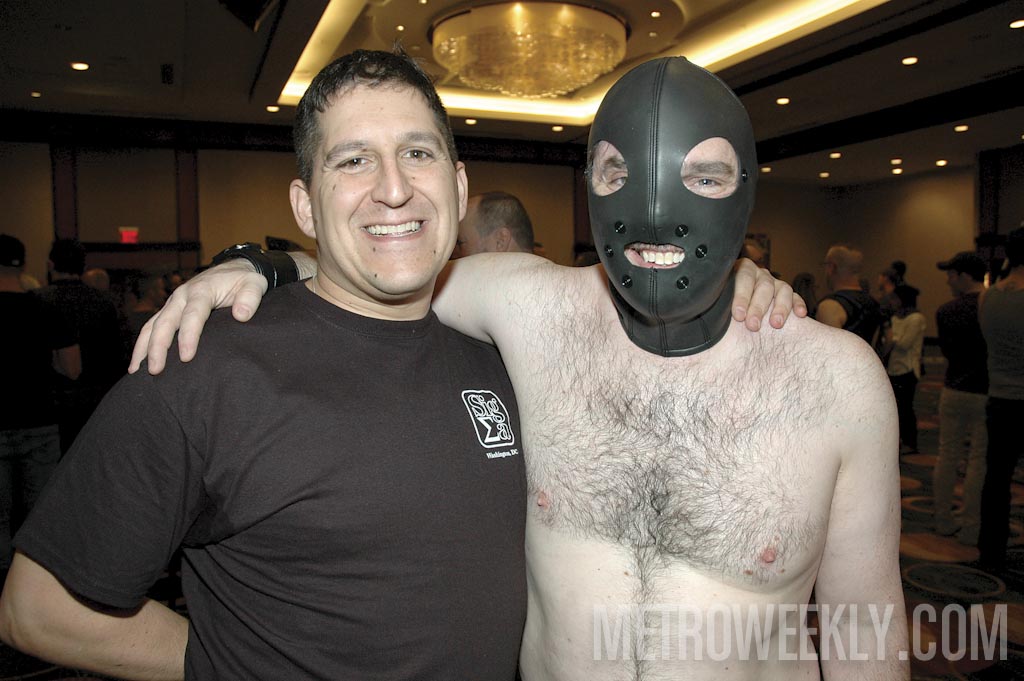 The crowd in the Hyatt Regency ballroom surged forward, craning their necks to catch a glimpse of the muscular young man. Clad in only a small pair of red-and-white shorts, he leaned forward against the frame of a St. Andrew’s cross as another man, this one noticeably older, rhythmically flogged him with a single-tail whip, tapping out a tune on the young man’s skin, which slowly began to change from pale white to light red.

Nearby, a second man was suspended in the air by a pulley connected to a series of ropes criss-crossing his body and intertwined with a chest harness. A third man lay restrained nearby on a table, while demonstrators ran objects of various textures across his body. A fourth stood silently, an emotionless look on his face, as his Master began wrapping him tightly with cellophane.

“At SigMa, we offer two to three events per week for anyone that is curious, or who is an intermediate or an expert in kink, to come and learn, meet other guys who are into the same things,” says David Reece, the chair and president of SigMa. “It’s designed to help people understand how to be safe with all different kinks.

“The way we’re doing this today is that folks have the opportunity to see someone who has done it before do it first,” he continues. “Then, if they have an interest, we can have them volunteer to have it done to them or see it done to others. We care to make sure that others know how to do it right.”

Across the room, Mark, a 63-year-old from Milwaukee, Wis., rested on a spanking bench, clothes on, as a SigMa demonstrator guided Mark’s partner’s hand and showed him the proper techniques for spanking with various-sized paddles and rods.

“It was nice to get training for my partner, because he likes to do the spanking and the caning,” says Mark. “He really gets off on that, so it was good for him to get proper technique training.

“I do it more for his pleasure, as opposed to a sexual gratification,” he adds, noting that his partner was already eyeing some paddles he’d like to buy. “I’m not sure how much I’ll enjoy it, but I know he will.”

“I’m sort of an exhibitionist, so I was interpreting the crowd’s reaction, giving them a little bit of a show, if you will,” Duane said following the demonstration. “I would recommend it, only because it’s something different. A lot of times we get into rhythms where we only do specific things, and sometimes you just want to expand and find other ways to heighten the sensations.”

For Nick, a 38-year-old transplant to D.C. from Iowa attending his first MAL, walking around the SigMa demonstrations was “very entertaining.” Even though he’d seen similar kink demonstrations online, in person they were a completely different experience.

“It’s a learning experience,” he says. “It opens up your mind to different aspects of your sexuality and many other things. You really get to see a little bit of everything here.”

For more information on SigMa DC and a schedule of weekly play parties, visit sigmadc.org or email sigmadc@sigmadc.org.

John Riley is the local news reporter for Metro Weekly. He can be reached at jriley@metroweekly.com
← Previous Story Puppy Park is a fun, energetic draw at Mid-Atlantic Leather
Next Story → Photos: Gerard Turner crowned Mr. MAL 2018