Comfort and confidence rule the day, and earn the title, at Mr. MAL 2018 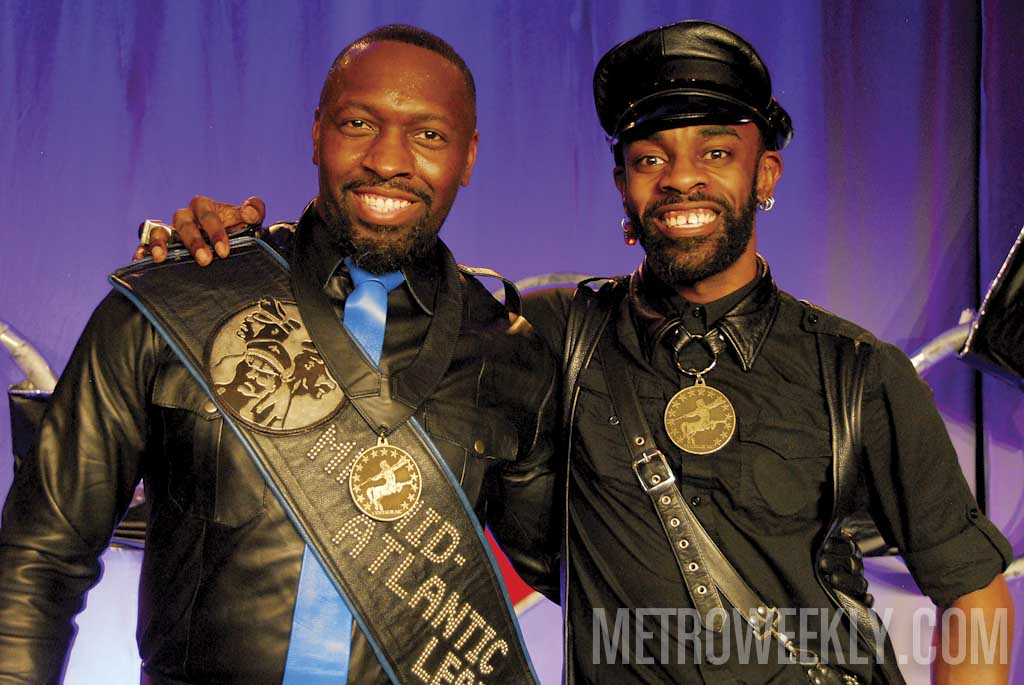 Refresh your cocktails, please stand for “The Star-Spangled Banner” (and “O Canada”), and welcome to the Mid-Atlantic Leather Weekend’s crowning event, the 2018 Mr. MAL Contest.

Open to any gay leatherman residing in North America, the 33rd annual edition of the competition featured seven contestants competing for the coveted title in three categories — bar wear, jock strap, and formal leather. Many in the audience were current and former title holders themselves, from Mr. Queer Montreal and Mr. Israel Leather 2018, to champions representing Kentucky, Louisiana, Oklahoma, and Iowa.

More than three dozen title holders — including a few reigning bootblacks and leatherwomen — entered in procession, during a ceremony celebrating the leather community’s increasingly diverse nature, as well as its robust history. The Centaurs Motorcycle Club, the weekend’s hosts and organizers, lit candles of remembrance, and nine former Mr. MAL title holders were on hand to help outgoing Mr. MAL 2017, Martel Brown, pass the sash on to this year’s winner.

In addition to receiving a prize package that includes thousands of dollars of leather gear and a Fort Troff Rock Steady sling stand, the winner gets to represent MAL at the upcoming 40th anniversary International Mr. Leather competition in Chicago this May.

“There is no other contestant who is taken care of as well at IML [as Mr. MAL],” says Brown, who helped judge Sunday’s contest. “The support system of the Centaurs and the entire Atlantic Motorcycle Coordinating Council is unfathomable. You are loved by so many people before you even arrive at IML.”

And what were Brown and his fellow judges — who included the reigning Mr. IML, Mr. Eagle NYC, Sister Tiny Bubbles, and Doc, a badass former American Leatherwoman — looking for in the next Mr. MAL? “Comfort and confidence,” he says. 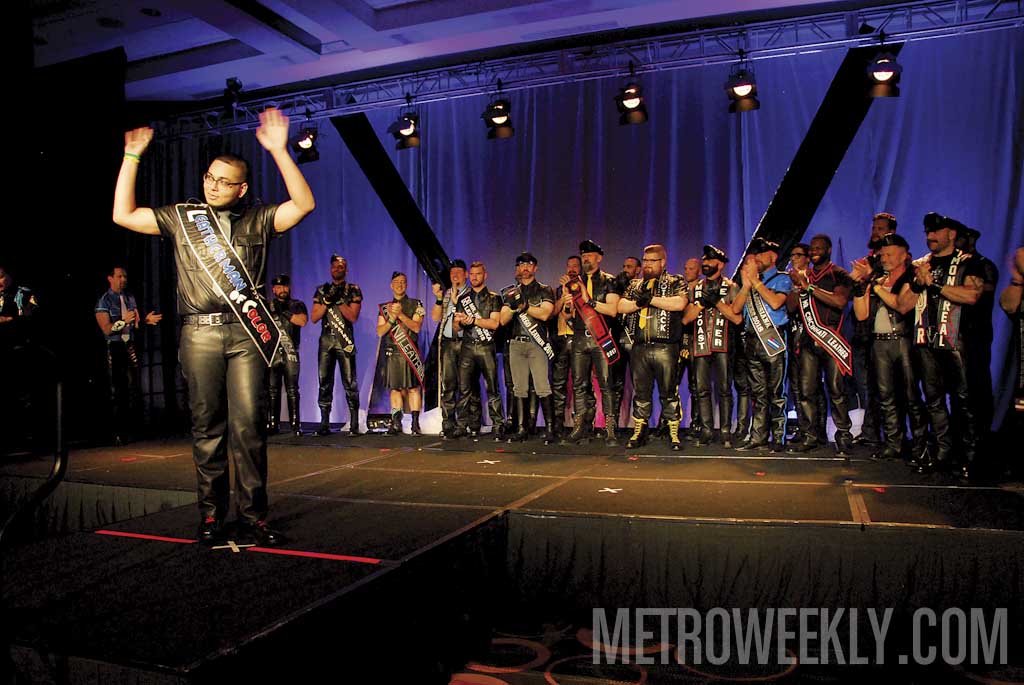 Doc, who won her first leather title on her first try, says the title of Mr. MAL “is about having somebody who is not only confident in who they are as a Leatherman, but also somebody who is able to reach out and engage those who are not yet there in their leather journey. People who are new.

“I want this person to be somebody that is able to be approachable and friendly,” she continues. “Those are the two most important things, and I don’t feel that there’s a bad apple in this bunch. They’re all phenomenal men with something different to offer to the Centaurs and to our community through this title.”

While most of the contestants talked about giving back to the community through charity and fundraising, each made their own distinct impression with the crowd.

Had a Mr. Congeniality been chosen, the honor surely would have gone to Mr. Mayhem Leather, also known as Joey from Baltimore. Joey had plenty of fans — and even wielded his own, fabulously.

Joey was also one of many contestants who compete in the corporate world in their non-leather lives. That would also include David, a software engineer and self-described “kinky geek” from D.C., who’s been a runner-up for two prior leather titles, including Mr. MAL 2015. Despite acing the interview portion of the formal leather wear category with his answer for a new cocktail he’d create — the Screaming Twink — he was again named runner-up.

The competition’s rules and parameters indicate that the battle for Mr. MAL is much more than a popularity contest, but there’s no doubt that it was the crowd favorite who finally took the title. Hailing from Gaithersburg, and representing the Men of ONYX, the longest existing leather club for people of color, Gerard Turner was crowned Mr. MAL 2018. 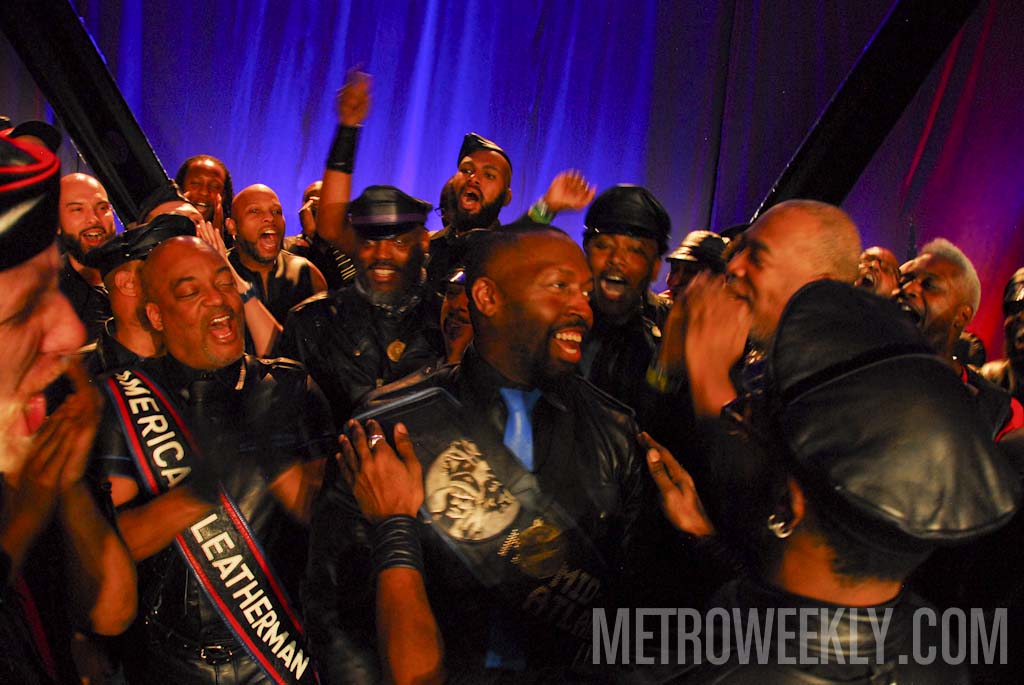 An effervescent yet humble winner, Turner, like contest judge Doc, won his first title on his first try. He was motivated to compete for Mr. MAL by his “need to give back” to the LGBTQ community.

“There are different fundraising events, but I want to go to wherever the need is,” he says. “So whoever wants some assistance, I’m going to try to do my best to help them out.”

Echoing a sentiment expressed by many attendees, from the contestants to the judges, Turner stressed that Mr. MAL was about openness and acceptance within the community as much as it was about competing. “There’s some big hearts in the leather community,” he says. “Lots of giving, lots of sharing, lots of compassion. And there’s some good sex.”

Looking ahead to International Mr. Leather, Turner plans to stick with the attributes that brought him to the winner’s circle here in the capital. “I’m going to always be myself,” he says. “Authentic is the best thing you can be.”

View all the photos from Mr. MAL here! 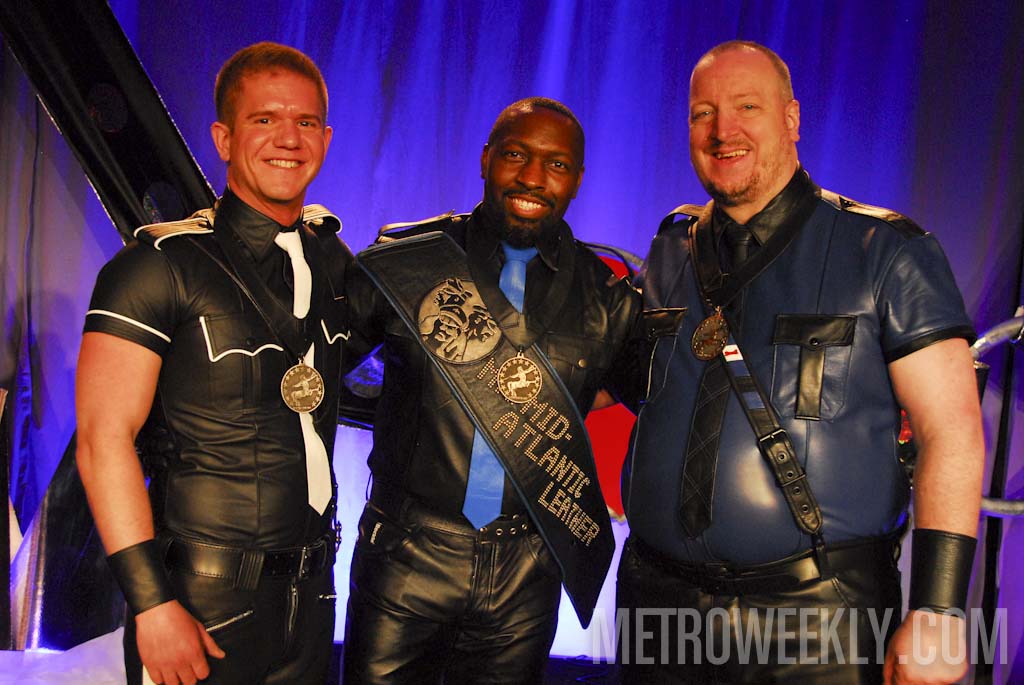 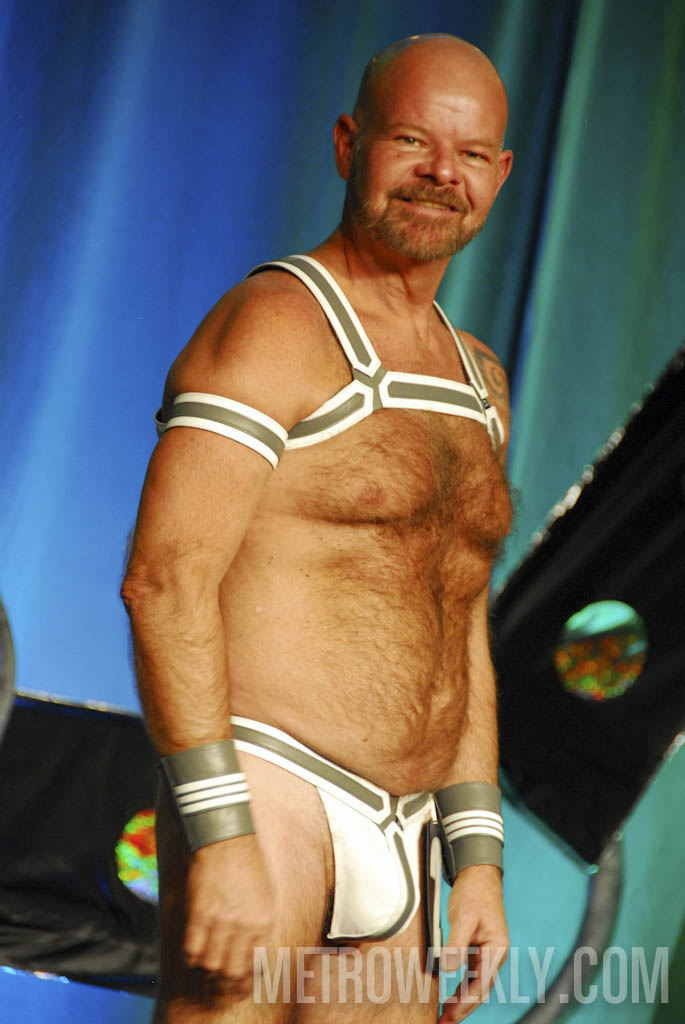 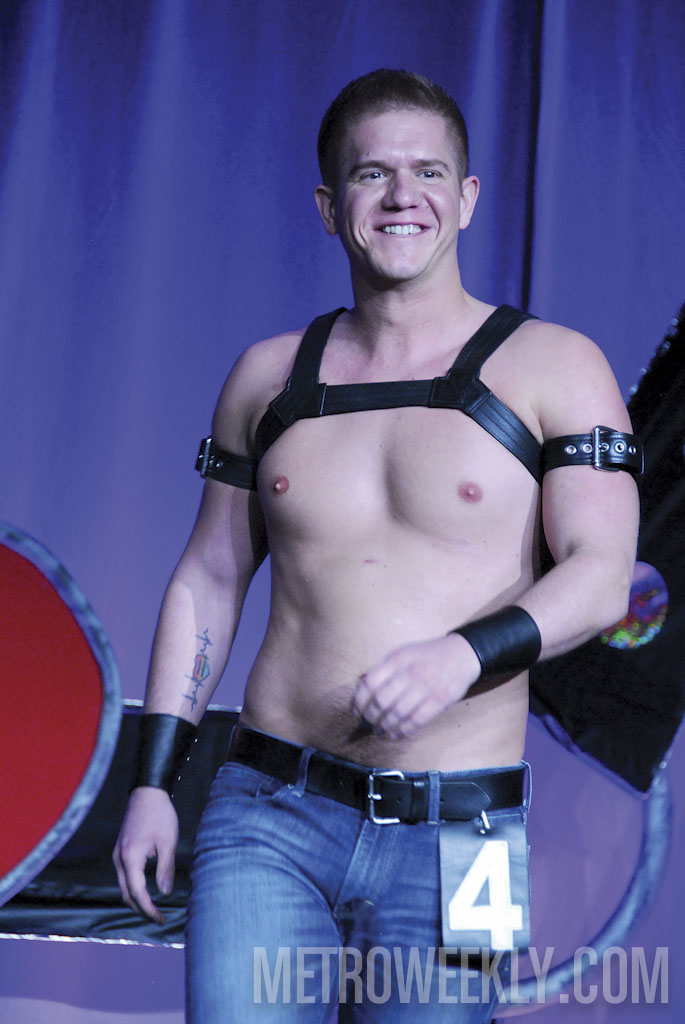 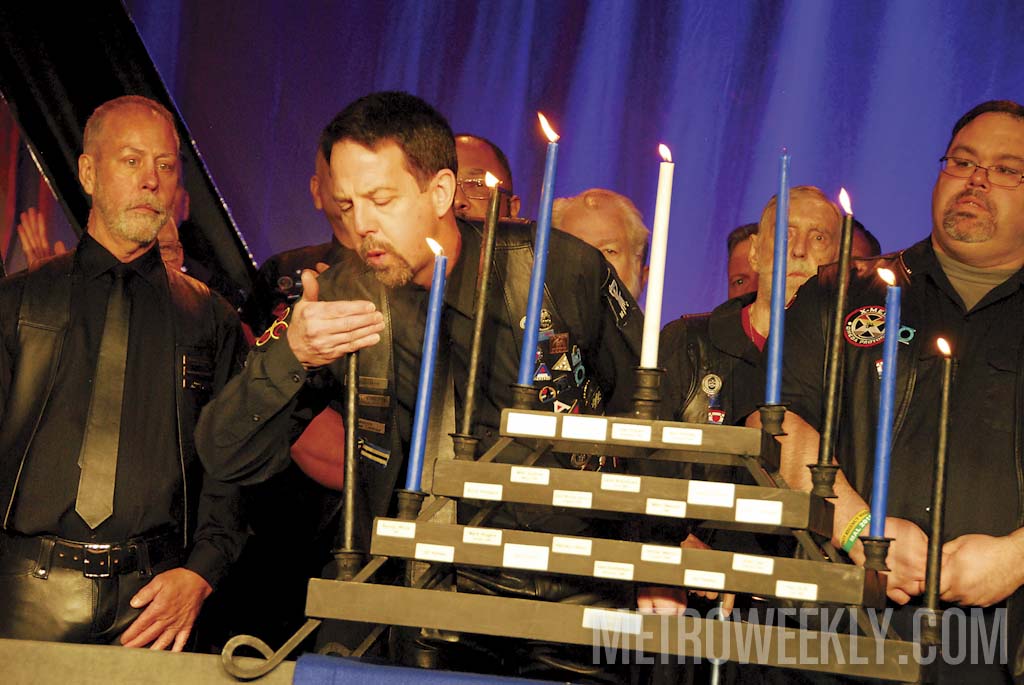 André Hereford covers arts and entertainment for Metro Weekly. He can be reached at ahereford@metroweekly.com. Follow him on Twitter at @here4andre.
← Previous Story Kinky Corner: SigMa DC at MAL 2018
Next Story → Sue Hyde: The government has “fully engaged itself in the process of erasing us”