Puppy Park is a fun, energetic draw at Mid-Atlantic Leather

MAL's annual Puppy Park has become one of the Saturday morning highlights, attracting packs of pups and spectators 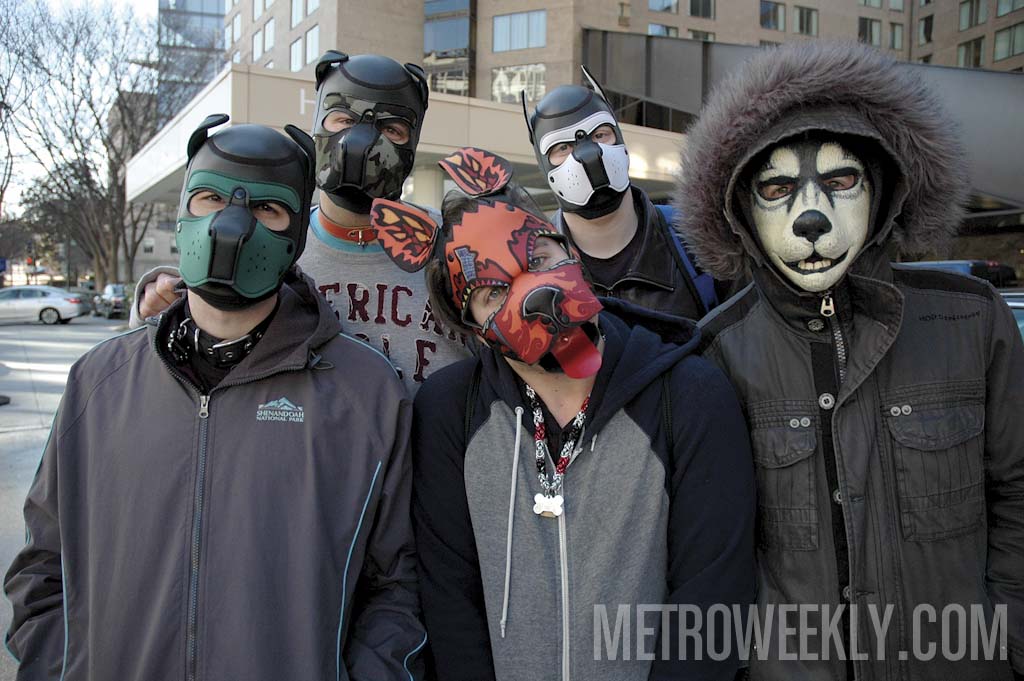 On the huge, neon blue mat in the middle of the Hyatt Regency’s ballroom, chaos ensued. Dozens of pups in brightly colored singlets, knee pads, puppy masks, and tails, were frolicking on all fours, biting and nipping at each other, wrestling and mounting each other. Squeaky toys and brightly colored balls flew back and forth between eager participants.

As the pups scampered about on the mat, an organizer yelled “Squirrel!” and someone in a giant squirrel costume dove into the middle of the mosh, prompting all the pups to tackle the creature. The pups eagerly tore off the squirrel’s tail within a matter of seconds, showering rapt onlookers with hundreds of wrapped Pez candies. Immensely satisfied with themselves, the pups began howling in unison, wagging their tails furiously.

For the 10th year, Mid-Atlantic Leather Weekend hosted Boy Tom’s Puppy Park, a mosh where people into pup play can let loose. This year’s mosh was co-hosted by Luna Grove Pack, a bicoastal group with chapters in the Pacific Northwest and the greater Philadelphia area.

“This is one of the larger moshes on the East Coast,” says Ursus, a 29-year-old pup from Southern New Jersey and one of the alpha-wolves of Luna Grove Pack. “Because it’s such a larger mosh, the pups feed off each other’s energy and become very playful and energetic.”

Both Ursus and his Luna Grove compatriot, 35-year-old Ranger from Philadelphia, have been able to find a community that embraces them. “It’s helped me with depression and anxiety, because I didn’t have to be myself, I could step out of myself,” says Ranger.

“I was able to be more open, more free-thinking, not having to worry about the cares of everyday life,” adds Ursus. “But it’s not just a form of escapism. I’ve always wanted to find a peer group that I was able to relate to. Through the furry and pup communities, especially, I feel I’ve found my brothers and sisters.”

For Pup Cerberus, a 30-year-old from Kalamazoo, Mich., who has been in the lifestyle for two years, the pup community felt like a natural fit. 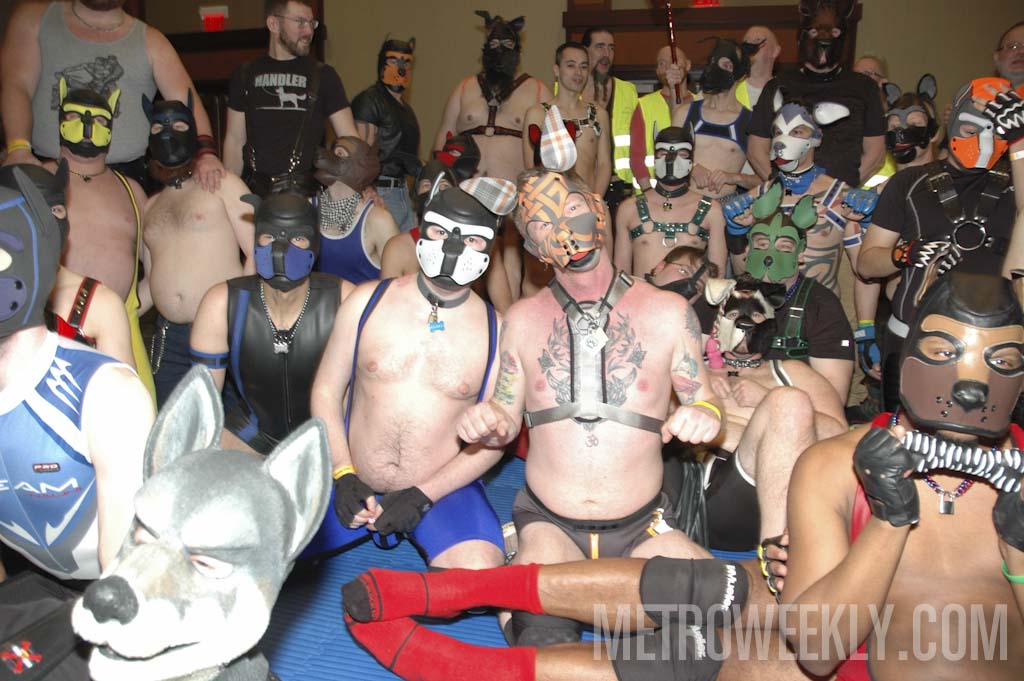 “I’ve actually been doing pup play and not knowing I was doing it for about 15 years,” he says. “I had dogs growing up, and I’d pick up on their gestures and the noises they make, and I would do that. I’d try to communicate with our family dogs like that. I’d sleep and nap on the floor with our dogs. I’d be on all fours and try to play with them.

“So everything I do now as a pup, I’ve done before. It was both shocking and intriguing when I first saw it, because I thought I was the only one.”

Cerberus says it can be hard to find moshes where he lives in Michigan. “It was nice to be around other pups,” he says. “When I’m in pup mode, toys really get my attention, and I block out everything else. Normally, if I wasn’t in pup mode, it wouldn’t be interesting to bat a ball around. But to be in pup mode and around other pups was an entertaining, fun kind of thing.” 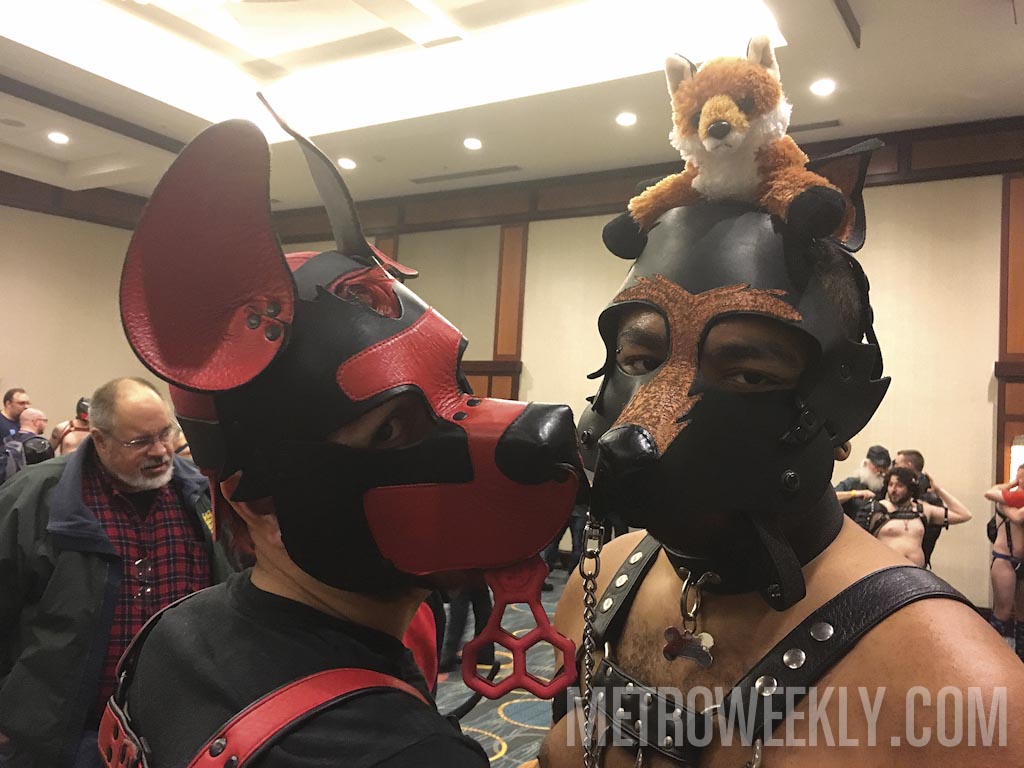 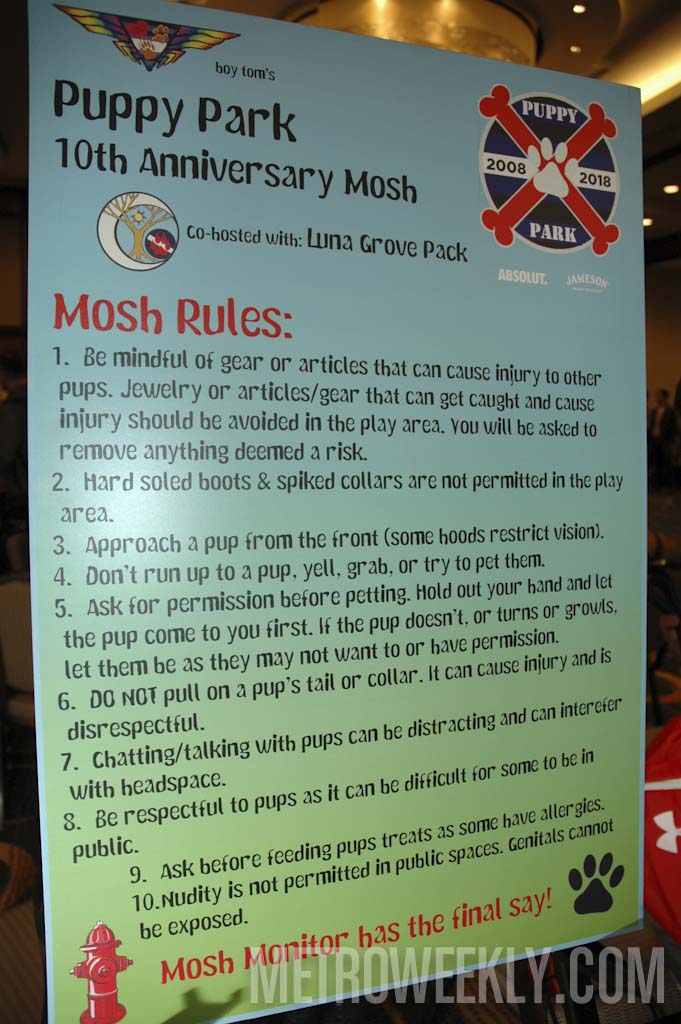 John Riley is the local news reporter for Metro Weekly. He can be reached at jriley@metroweekly.com
← Previous Story Sex Sells: The Vendors Who Fill MAL’s “Leather Mall of America”
Next Story → Kinky Corner: SigMa DC at MAL 2018