By John Riley on January 12, 2018 @JohnAndresRiley 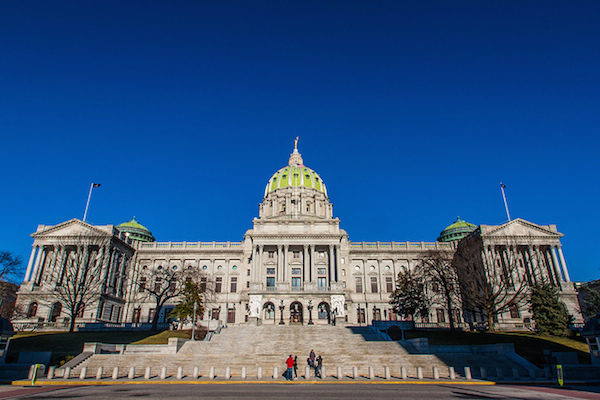 A group of Pennsylvania lawmakers is objecting to a bureaucratic change that replaced the terms “mother” and “father” with “parent,” demanding that the state Department of Health immediately reverse its actions and maintain the old forms with gender-specific references, reports Harrisburg-based FOX 43.

But 27 Republican members of the Pennsylvania House of Representatives, led by House State Government Committee Chairman Daryl Metcalfe (R-Butler), have signed onto a letter sent to Gov. Tom Wolf, arguing that the change is unlawful, as the decision to change the listings on birth certificates should be determined by legislators, not by government bureaucrats. The lawmakers signing on to the letter also argue that the change will cost millions of dollars.

“It appears that the Bureau of Vital Records, beyond being woefully behind in processing requests for birth and death certificates, has also unilaterally determined to replace ‘Mother’ and ‘Father’ with ‘Parent’ on the birth certificate form which is issued in the Commonwealth,” Metcalfe writes in the letter. “This unilateral change, without seeking statutory change from the General Assembly, is in violation of the law.”

Metcalfe says in the letter that he first questioned the change when it was made in September. In response, the Pennsylvania Department of Health claimed the changes were part of a negotiated settlement with the ACLU, prompting Metcalfe to request more documentation. Later, the Bureau of Vital Records informed Metcalfe there was no lawsuit, but that the department had anticipated a lawsuit and initiated the change to pre-empt one.

Metcalfe claims that the Department of Health has refused to provide him with documentation to prove that it gave sufficient public notice before making the change, and citing the authority or statute that allows the department to make the change without seeking input from General Assembly lawmakers.

“For a department which seeks additional funds from the General Assembly every year, it is quite troubling that instead of spending the money to clear the now six-month backlog which exists on vital records requests, they instead used the funds to make a fundamental change to the birth certificate produced by the Commonwealth, not once, but twice in the last calendar year,” Metcalfe wrote.

“My colleagues, listed below, and I respectfully request that you direct the Department of Health to rescind their changes to the form which now stands in violation of the PA Code, Title 28, Chapter 1. Administration of Vital Records. We look forward to your prompt reply.”

Equality Pennsylvania’s political action arm responded to the letter with a fundraising appeal to supporters, writing: “These lawmakers are hiding behind the ‘cost of changing the label on birth certificates’ — but you and I both know [who] their real target is — LGBTQ Families. We also know that families with two moms and two dads deserve equal recognition under the law. Equality PA PAC is working in 2018 to unseat as many of these anti-equality representatives as possible.”

Metcalfe, in particular, has made a name for himself through his hostility toward the LGBTQ community and attempts to stop Pennsylvania from recognizing marriage equality. He once invoked a legislative rule to prevent openly gay State Rep. Brian Sims from talking about the Supreme Court’s ruling overturning the Defense of Marriage Act, saying his remarks were “open rebellion against God.”

Metcalfe also led the charge to impeach former Attorney General Kathleen Kane after she refused to defend Pennsylvania’s ban on same-sex marriage. Following the legalization of marriage equality, he accused the Supreme Court justices of “judicial tyranny” and setting themselves “above God’s law, natural law and the will of the people across this country.” Most recently, Metcalfe was seen professing his heterosexuality after throwing a fit during a committee meeting when a straight male Democrat touched his arm.

John Riley is the local news reporter for Metro Weekly. He can be reached at jriley@metroweekly.com
← Previous Story Chelsea Handler under fire for tweet questioning Lindsey Graham’s sexuality
Next Story → Anti-gay activist attacks Mid-Atlantic Leather and Metro Weekly, gets dragged by Twitter