By John Riley on January 17, 2018 @JohnAndresRiley

The Trump administration is expected to green-light a rule that would allow health workers to deny treatment to LGBTQ people.

The rule allows workers to refuse to perform abortions, refuse to treat transgender patients, and even deny medicine to other patients by claiming they have religious or moral objections to the treatment or procedure in question.

Proposed by the U.S. Department of Health and Human Services’ Civil Rights Office last year, the rule seeks to shield so-called “conscientious objectors” in the health care field from being fired or reprimanded for refusing to treat certain patients, reports Politico.

The White House Office of Management and Budget is reportedly reviewing the proposed rule, which would restore similar conscience protections in place under the George W. Bush administration. The rule is expected to be released this week.

Roger Severino, the head of HHS’ Civil Rights Office, has been a longtime proponent of such religious exemptions, dating back to his time at the Heritage Foundation.

He has previously spoken out against the Obama administration’s interpretation and enforcement Section 1557 of the Affordable Care Act, which was used to ensure transgender patients have equal access to health care and are not denied coverage for transition-related procedures.

Under the new rule, HHS would establish a new division within the department’s civil rights office that would conduct compliance reviews to ensure that health care workers, including nurses, doctors, and physician assistants, are not being disciplined or terminated because of religious refusals to perform certain procedures or prescribe certain treatments, such as prescribing antiretrovirals to an HIV-positive gay men because of objections over his personal lifestyle.

The office would also provide support to hospitals and health care centers wishing to craft their own rules to provide alternatives or contingency plans for instances when a provider expresses moral or religious objections.

LGBTQ rights groups and their allies lambasted the administration for launching what they see as yet another “attack” on LGBTQ rights.

“Health care workers have a professional and ethical obligation to provide health care to all who need it,” Sarah Warbelow, legal director for the Human Rights Campaign, said in a statement. “Every American deserves access to medically necessary health care, and that health care should not be determined by the personal opinions of individual health care providers or administrative staff. The Human Rights Campaign will fight this proposed rule–and all others like it–that seek to devalue the humanity of LGBTQ people.”

“Once again, women and the LGBTQ community are under attack from the Trump-Pence administration. Days before the anniversary of the Women’s March, Republicans are giving health workers a license to discriminate against women and members of the LGBTQ community,” the statement said.

“It wasn’t enough to try to strip transgender Americans of their right to serve, roll back access to birth control, and attempt to defund Planned Parenthood. Now Trump, Pence, and their Republican cronies want to allow health care workers to discriminate and rip away access to medical care. This rule is unethical and dangerously undermines public health,” Renda and Acosta continued. “This proposal is further proof that Republicans continue to push forward an agenda completely out of step with the American people and American ideals.”

The timing of the release of the proposed rule appears to be yet another attempt by the Trump administration to placate social conservatives. On Friday, thousands of anti-abortion activists are expected to participate in the March for Life, which protests the Supreme Court’s Roe v. Wade decision legalizing the procedure. By allowing health care workers to refuse to perform abortions — particularly if the rule is released to coincide with the march — Trump will be checking off another one of the anti-abortion movement’s top priorities while also ensuring loyalty from a key segment of the GOP base.

Trump referenced but did not explicitly detail his administration’s efforts to provide so-called “conscience exemptions,” not only for health care workers, but others who object to providing services to LGBTQ people, in a proclamation issued on Tuesday declaring Jan. 16 as “Religious Freedom Day.”

“No American — whether a nun, nurse, baker, or business owner — should be forced to choose between the tenets of faith or adherence to the law,” Trump said in the declaration.

In October, Trump signed an executive order giving federal agencies significant leeway when deciding to relax or repeal regulations governing health care plans, particularly if the regulations — such as the aforementioned Section 1557 — are considered “overly burdensome” by government bureaucrats.

HHS has previously sought input and public comment on how best to revise regulations to better provide religious exemptions for health care providers who envision themselves as conscientious objectors. The department came under fire in December for selectively publishing comments from pro-exemption groups and individuals while censoring comments from opponents. Following that criticism, the department later published thousands of comments critical of such exemptions.

Republican lawmakers in Congress have previously introduced the Conscience Protection Act, which would cement protections for religious objectors into law. Religious groups like the U.S. Conference for Catholic Bishops are urging them to attach the act to the omnibus spending bill currently being debated, which needs to be passed in order to avoid a government shutdown.

But the American Civil Liberties Union threatened legal action if the administration moves forward with implementing those protections.

“Religious liberty doesn’t include a right to be exempt from laws protecting our health or barring discrimination,” Louise Melling, the deputy legal director of the ACLU, said in a statement. “It doesn’t mean a right to refuse to transport a patient in need because she had an abortion. It doesn’t mean refusing care to a patient because she is transgender. Medical standards, not religious belief, should guide medical care.

“Denying patients health care is not liberty. Choosing your patients based on their gender or gender expression is not freedom,” Melling added. “Should the administration choose to move forward to implement a discriminatory policy, we will see them in court.”

Minnesota Gov. Tim Walz (D) has circumvented the state legislature and signed an executive order banning the practice of conversion therapy on minors.

Walz, joined by Lt. Gov. Peggy Flanagan, signed the order at a news conference on Thursday morning, in defiance of the Republican-led State Senate's refusal to take up a bill banning attempts to forcibly change people's sexual orientation or gender identity. 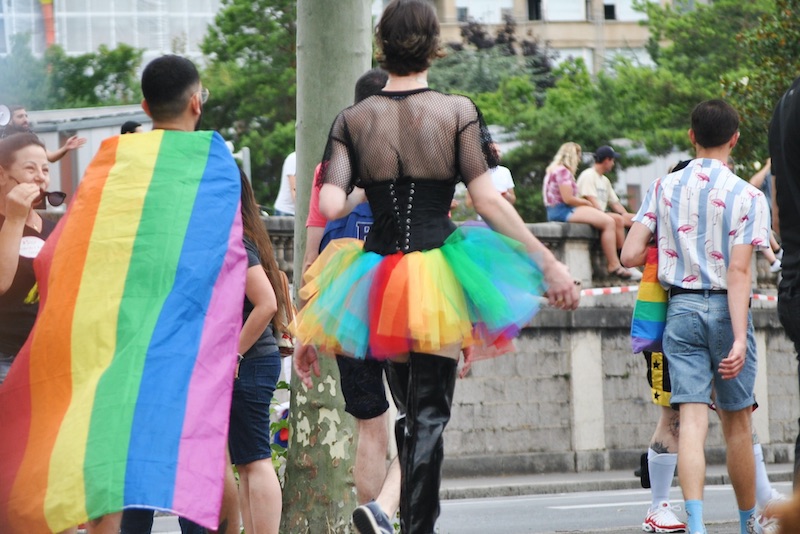