Social conservatives object to a parade, even though organizers say the content will be "G-rated"

By John Riley on February 13, 2018 @JohnAndresRiley 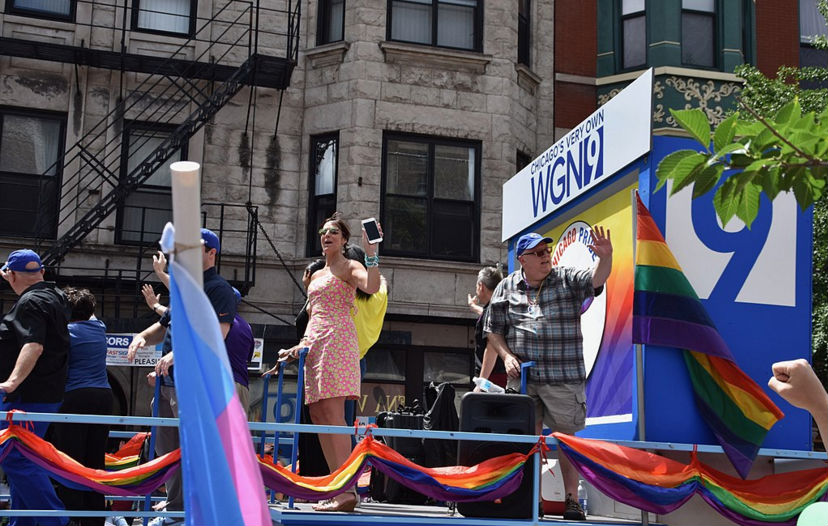 The City Council of Aurora, Ill., is slated to vote on whether to allow a “G-rated” Pride Parade to take place in June, reports the Chicago Tribune.

Leading the opposition to the parade is a group of religious clergy, many of whom are concerned about the tone and possibly sexualized nature of Pride parades that have been held in other cities, such as Chicago.

The parade is being organized by Indivisible Aurora, in conjunction with several other organizations, and has received support from Mayor Richard Irvin, who is urging the Council to approve the permit.

Irvin says parade organizers floated the idea of holding a parade soon after he was elected last year.

“Without hesitation, I expressed my total support then, and 10 months later, my support and sentiments remain the same,” he said. “We are one Aurora — and that includes all of us.”

Despite overwrought concerns from social conservatives about the types of marchers or floats in the parade, organizers maintain that the event would be “G-rated” and appropriate for all ages. Both sides have held private meetings to discuss their concerns and see if they can reach a mutual understanding.

The American Civil Liberties Union previously sent a letter to Corporation Counsel Richard Veenstra in anticipation of any denial of permit or attempts to “impose onerous requirements based on the content of the parade or the identity of its participants.”

“I ask that you instruct your clients that any such discrimination would violate the First Amendment,” Rebecca Glenberg, an ACLU senior staff attorney, wrote in the letter. She also raised concerns about the city’s current ordinance, which she argues imposes “unconstitutional requirements” on those applying for permits.

Glenberg argues that any ordinance should include narrow, objective, and content-neutral criteria for granting or denying a permit, rather than subject to the whims or personal opinions or beliefs of Council members. She also calls for a strict deadline by which an application for a permit is approved or rejected, a requirement that the reasons for a denial be put into writing, and an appeals process.

Glenberg also maintains that the ordinance should contain an exemption for spontaneous demonstrations in response to current events (even though those events may be unrelated to the Pride Parade).

Equality Illinois issued a statement calling on the Council to allow the parade to move forward.

“As the second largest city in Illinois, Aurora should have a Pride Parade to celebrate its LGBTQ community and allies,” the statement reads. “Any further delay would be unacceptable and irresponsible; it would give credence to perceptions that it is simply an attempt to cater to people who don’t like the fact that lesbian, gay, bisexual, transgender and queer residents are part of the fabric of the Aurora community and to throw roadblocks in the way of parade organizers.

“Equality Illinois, the state’s LGBTQ civil rights organization, applauds Indivisible Aurora and the many engaged Aurora advocates for leading this effort for the Aurora Pride Parade. We call on all fair-minded Aurora residents to contact the committee members, Aldermen Scheketa Hart-Burns, Rick Mervine, Judd Lofchie, and Carl Franco, to tell them to end the delay and grant the parade permit.”