By John Riley on February 7, 2018 @JohnAndresRiley 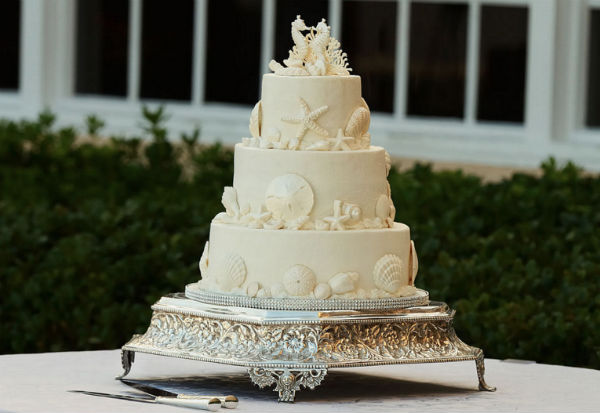 A California baker who opposes same-sex marriage won’t be forced to bake wedding cakes for same-sex couples after a new court ruling.

A California Superior Court judge has ruled that Tastries Bakery owner Cathy Miller cannot be compelled to serve same-sex couples under the state’s civil rights law, which is written to protect LGBTQ people from discrimination in public accommodations.

The case stems from an incident last August, when Mireya and Eileen Rodriguez-Del Rio entered Tastries Bakery in Bakersfield, Calif., and asked Miller to design a cake for their wedding reception.

Due to Miller’s religious beliefs opposing same-sex unions, she refused to bake a custom cake. The couple then filed a complaint with the California Department of Fair Employment and Housing, alleging they had been discriminated against.

The state of California subsequently launched an investigation into the couple’s claim, and filed a motion in Kern County Superior Court to obtain an order to compel Miller — and by extension, any business owner who opens themselves up to the wider public — to create custom-made wedding cakes for same-sex couples.

In his ruling, Lampe declined to issue a preliminary injunction to stop Miller from refusing to serve other same-sex couples.

The next hearing in the case, when Lampe rules on the merits of the state’s lawsuit, is scheduled for June, but Miller’s lawyers have already said they will try and get the case dismissed based on Lampe’s ruling, which finds Miller’s refusal to create custom-made cakes constitutes a form of silent protest.

But Lampe attempts to thread the needle in his opinion, finding that while the state’s interest in protecting LGBTQ people from discrimination is a “laudable and necessary public goal,” Miller’s creation of custom-made wedding cakes is a form of protected artistic expression.

However, he argues that same-sex couples are more than able to purchase pre-made wedding cakes from Miller’s bakery.

“[A] retail tire shop may not refuse to sell tire because the owner does not want to sell tires to same sex couples. There is nothing sacred or expressive about tire. No artist, having placed their work for public sale, may refuse to sell for an unlawful discriminatory purpose. No baker may place their wares in public display case, open their shop, and then refuse to sell because of race, religion, gender, or gender identification,” Lampe writes.

“The difference here is that the cake in question is not yet baked. The State is not petitioning the court to order defendants to sell cake. The State asks this court to compel Miller to use her talents to design and create cake she has not yet conceived with the knowledge that her work will be displayed in celebration of marital union her religion forbids. For this court to force such compliance would do violence to the essentials of Free Speech guaranteed under the First Amendment.”

“Cathy would never discriminate against anyone who walks through her bakery’s doors. She will gladly serve anyone, including same-sex couples,” Charles LiMandri, chief counsel in the case and the president of the Freedom of Conscience Defense Fund. “But Cathy will not use her artistic talents to express messages that conflict with her sincerely held religious beliefs about marriage. We are pleased that the judge recognized that the First Amendment protects Cathy’s freedom of speech.”

The lawsuit against Miller — and the arguments advanced by Lampe in her favor — are nearly identical to those that were made in the Masterpiece Cakeshop case currently being weighed by the U.S. Supreme Court.

Religious conservatives claim that custom-made cakes are a form of artistic expression that cannot be compelled by the government, and that bakers who have sincerely-held religious beliefs opposing same-sex marriage should not be forced to bake cakes for same-sex weddings.

“This is a significant victory for faith and freedom because the judge indicated in his ruling that the State cannot succeed in this case as a matter of law,” LiMandri added. “No doubt the California officials will continue their persecution of Cathy, but it is clear that she has the Constitution on her side.”

John Riley is the local news reporter for Metro Weekly. He can be reached at jriley@metroweekly.com
← Previous Story Parents of transgender children write letter calling out Betsy DeVos for her anti-trans record
Next Story → Petition demands GOP candidate step down after transphobic campaign ad