By John Riley on March 6, 2018 @JohnAndresRiley 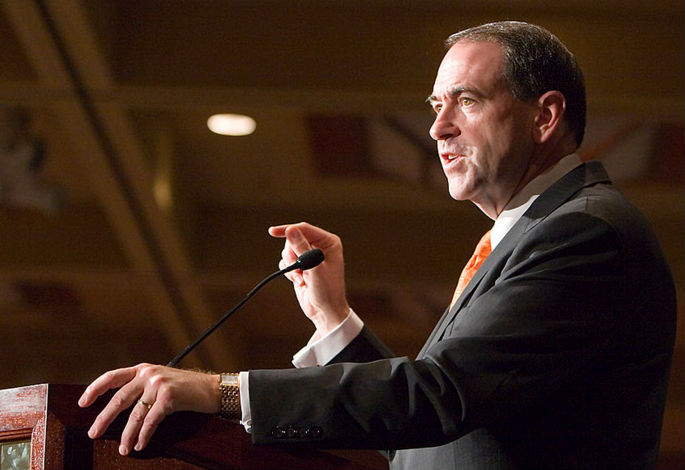 Former presidential candidate and Arkansas Gov. Mike Huckabee is blaming “the left” for forcing him to resign from the board of the Country Music Association Foundation due to his traditional views on human sexuality and same-sex marriage.

Appearing on Fox News’ Fox & Friends, Huckabee accused liberals and the LGBTQ community of being intolerant of his political beliefs, reports The New York Daily News. Several music executives, performers, and managers previously denounced Huckabee’s presence on the board, calling him out for those beliefs and past comments he has made disparaging LGBTQ individuals and families.

“The controversy came because somebody got upset because I’m a member of the NRA and I’m a conservative and I’m a Christian, and I hold some views this person didn’t like and so it just wasn’t worth it to push it,” Huckabee told the hosts of Fox & Friends.

“It’s not enough to say I disagree and wish this person would change his mind,” he added. “Today, it’s let’s put him out of business, let’s close his store. … That’s not the kind of America where the First Amendment reigns and people are free to speak, to associate. Today it’s let’s destroy everyone who doesn’t agree with me.”

Huckabee doubled down on those comments in a blog post on his personal website, posting a copy of his resignation letter to the CMA Foundation Board.

“Bullies succeeded in making it untenable to have ‘someone like me’ involved,” he wrote. “I would imagine however that many of the people who buy tickets and music are not that ‘unlike me.’

“I hope that the music and entertainment industry will become more tolerant and inclusive and recognize that a true love for kids having access to the arts is more important than a dislike for someone or a group of people because of who they are or what they believe,” he added.

Some of Huckabee’s past comments on LGBTQ rights have included his contention that same-sex relationships have an “ick factor” associated with them, his likening of same-sex marriage to drug users, incest, and polygamy, and joked about using the girls’ shower and locker rooms in an effort to lampoon the idea of transgender people using facilities that match their gender identity.

Huckabee previously appeared on Fox News’ The Story with Martha MacCallum to say it would be a “real tragedy” if people who disagreed with his political views stopped supporting the CMA Foundation.

See also: Mike Huckabee: “Extreme Court” has turned us into Sodom and Gomorrah

John Riley is the local news reporter for Metro Weekly. He can be reached at jriley@metroweekly.com
← Previous Story RuPaul apologizes for her comments on transitioning drag queens, calls the trans community “heroes”
Next Story → Court orders Idaho to issue accurate birth certificates to transgender residents